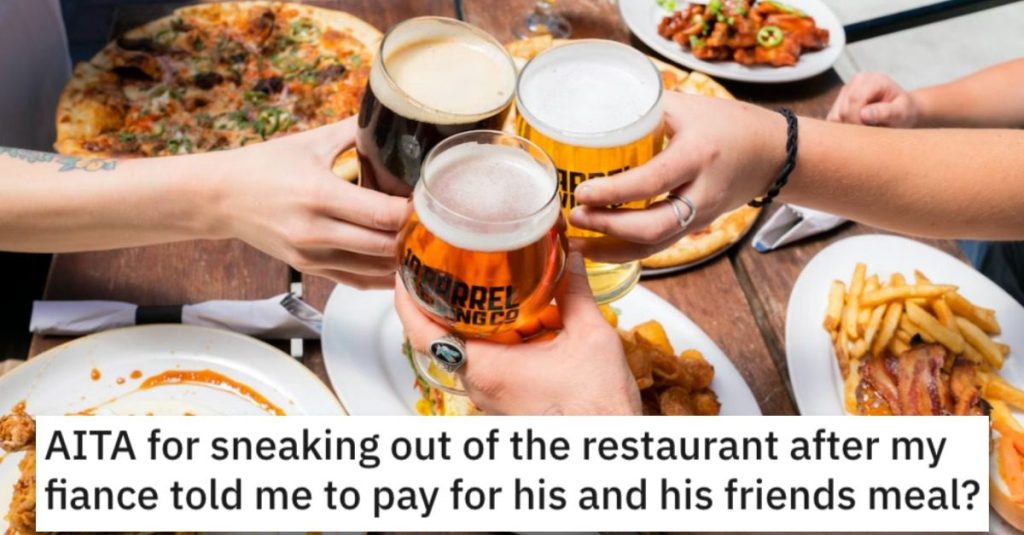 She Snuck Out of a Restaurant After Her Fiancée Told Her to Pay For His and His Friend’s Meals. Was She Wrong?

Dinner’s on you tonight!

You’d think that would be the case, but here we are, friends…

AITA for sneaking out of the restaurant after my fiancee told me to pay for his and his friend’s meal?

We don’t share finance because that’s what he wants. I got a raise on my salary. now I earn 30% more than he does and I noticed that he’s been using this to ask me to pay for him and his friends. Whenever I say “no” or “why should I pay for this?” he’d respond with “the 30% that’s why”. he acts as if the 30% is unfair or that I’m not deserving of it.

Several times he has tricked me to pay for his and his friend’s meals by asking me publicly. Let me say that I’m too nice to say “no”, I h**e confrontation especially when we’re at a public place like a restaurant so I just grin and pay.

Last tuesday, he asked me to join him and his buddies for dinner. I told him from the start I wasn’t paying for their food and he shouldn’t expect me to. He said he “got this” and “no worries”.

We got to the restaurant. Met his friends, ordered food. And in the middle of the meal he leaned in and whispered that I would be paying for everything he and his friends ordered. I got so mad I whispered back “noooo” but he probably relied on me not causing a scene in public and in front of his friends. he said “you have enough money you could pay for everyone’s food, 30% remember?”.

I was fuming inside. instead of reacting negatively and losing my temper. I waited til the bills arrived (they were already split from the start when we first ordered) I paid for mine then I excused myself to the restroom. I then sneaked out from there, got into my car and went home.

I started getting phone calls from my fiance then texts asking where I was. I texted back saying I didn’t appreciate how he put me in this situation and basically tricking me into paying for his and his friends food. I told him I went home then stopped replying.

An hour later he came and started yelling at me calling me selfish, irrational, cheapskate and childish for sneaking out like that and leaving him stuck with a bill he could not pay (He had to call his brother for help). We had a loud argument then he walked out.

His friends didn’t speak to me on this but he told me they’re disappointed in my behavior and are telling him to take time and “reflect” on the type of woman he’s gonna be married to.

AITA for what I did? Is what he’s expecting from me fair or justified?”

Take a look at what Reddit users had to say about this story.

One reader summed up her fiancée in one word: SELFISH. 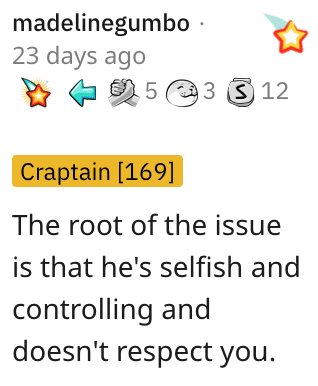 Another reader said she’s NTA and that her man is treating it like his raise. 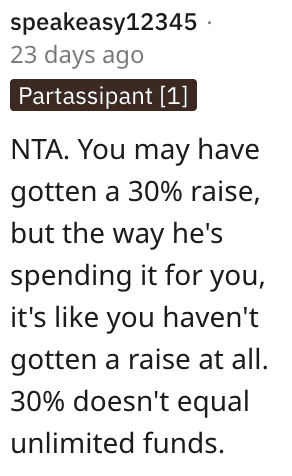 And this individual said she needs to run away from this guy and dodge a bullet.