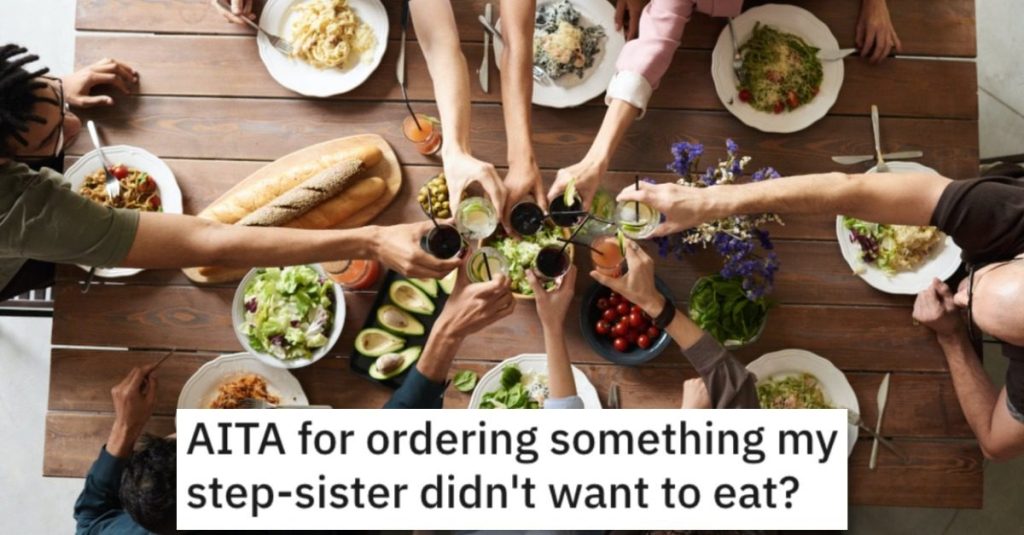 She Ordered Her Stepsister Something She Didn’t Want to Eat. Is She a Jerk?

I guess it makes some sort of sense, but people sure do get all worked up about food, don’t they?

And this story from the “Am I the A**hole?” page on Reddit is yet another example of someone getting testy about their food order…

Let’s see what happened this time.

AITA for ordering something my stepsister didn’t want to eat?

He has custody of my sister (full-sibling, (16F) fri to sun and he also has two step-children (A 16F and B 12F), I visit my dad on the weekends to see my sister, my dad and I don’t have the best relationship, but I love my sister with all my heart so I’m doing my best to still be around.

My step-sister is heavily obsessed with korean and japanese culture, full k-pop, anime and things like that, there’s nothing wrong with it and I’m not bashing her, both my sister and I like it too, the problem is that this obsession has caused her to ONLY eat asian food, and since she’s mommy’s girl and my dad has prioritized his new family over my sister, that’s the only thing they eat (they’re NOT asian).

My sister has told me that she’s done, she missed having hamburgers, pizzas, pasta, etc but that she can’t eat them at dad’s and with mom she does it very rarely because my mom cooks and she doesn’t do this things every week (mom’s mexican so she cooks mexican stuff).

My dad order take out almost every weekend (and yeah, they mostly order sushi and stuff like that), this weekend was my turn to pay, my step-sister and step-mom were talking about some korean restaurant and things like that.

But I looked at my sister and asked her what’d she wanted to eat, she said she had been craving a hamburger for weeks and I said ”done, I’ll order it then”, my step-sister said ”No, I don’t like to eat that” so I just shrugged and said I could order her something else, but my dad said we all should eat the same thing since we’re family, so I just said ”okay, burgers then” we went back and forth and I ended up ordering burgers for me, my sister and B (12F), while my dad, my step-mom and A had sushi.

My dad called me an AH for making A feel left out and I asked what’d he thought about his own kid, he kicked me out.”

Hmmm…now take a look at how Reddit users responded.

One person said he’s NTA and that his response was perfect. 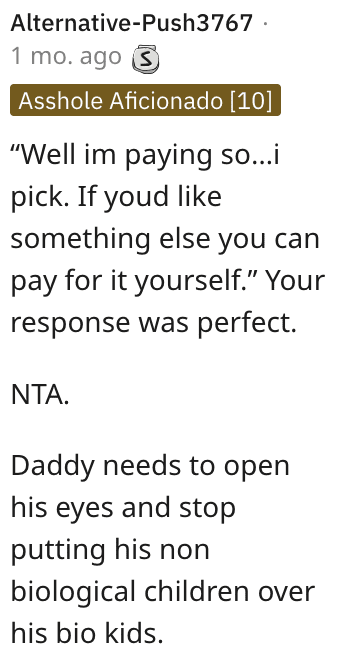 Another readers said that he did nothing wrong and that he acted like a saint. 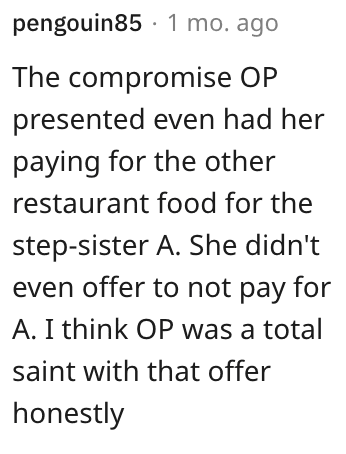 And this Reddit user said that it seems unfair for someone to have to cover this many meals for family members.