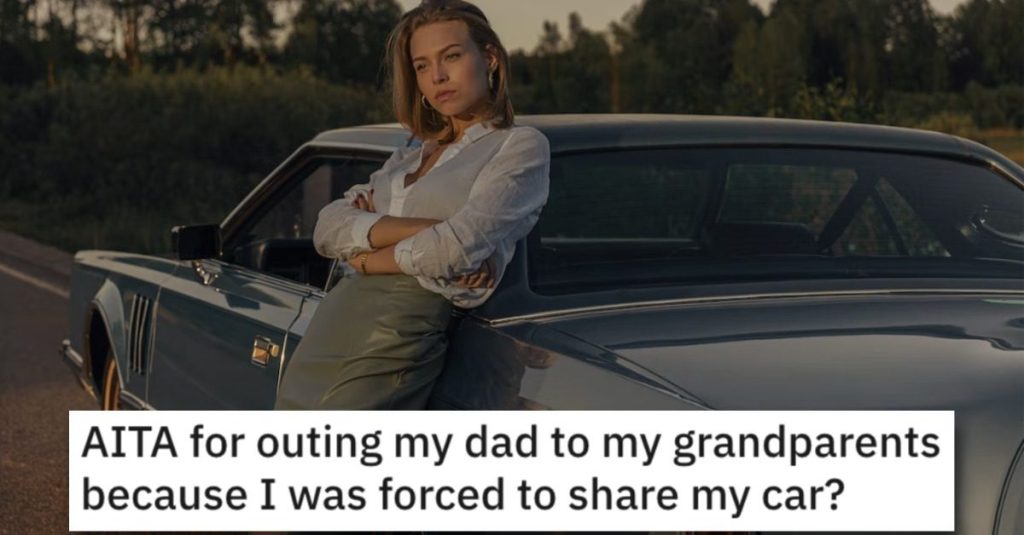 She Outed Her Dad to Her Grandparents. Is She a Jerk?

And it’s not gonna be pretty!

Oh, boy, this doesn’t sound good, does it?

But before we jump to conclusions, let’s see what this teenager had to say.

AITA for outing my dad to my grandparents because I was forced to share my car?

I’m pretty close with my parental grandparents because I spend the whole summer with them and help them around, my step-brother is always invited, but he never comes, it’s not that my grandparents don’t love him or accept him, but they’re not close.

For my 17 birthday, my grandad gave me his old truck and I was over the moon, it’s a pretty classic that he owned when he was 17 himself and took real care of it, it doesn’t look brand new, but work as good as new and it’s super sentimental.

I’ve loved that truck ever since I was a kid and I’m so happy it’s mine, my grandad and I were making plans so I could paint it pink and change the seats, but it turns out that per my dad comment, I can’t since it’s not just ”my truck” but also my step-brother’s. I said nu-uh, my grandad gave it TO ME, it’s mine and I can do whatever I want with it (it’s still under my grandad’s name, but I pay the insurance and gas ).

My dad said it wasn’t fair because they didn’t get him a truck on his birthday so it’s only fair I have to share. We fought FOR DAYS, but I was eventually forced to give up the key so he could make a copy, I despise every moment my step-brother drives my car, I h**e the f**king schedule my dad made because it favors him and I h**e my step-brother because he just went with it.

To be honest it never occur to me to tell my grandad what was going on, this past friday, he and my grandma came to give me a pink plate frame that he found and offered to change it for me. I said thank you, but that I couldn’t and I just spilled everything, the schedule, the forced sharing, the yelling, the copy of my key and the fact that I couldn’t change the truck to my liking because my SB wasn’t gonna drive ”a pink car”.

Needless to say, my grandad was FURIOUS. He went inside and yelled to my dad, demanded the copy of the key my step-brother had and said that if he ever drives that truck again without my permission, he’s calling the police and getting him arrested.

My dad’s mad, like… real mad, he said it was wrong in so many levels because my sb was ”innocent” and that I made my grandad berate him for ”nothing”, he called me a selfish and entitled brat and is threatening me to make me pay rent for what I did. My sb called me an AH and that I could’ve just ”ask for the truck”.”

One person said she’s NTA and that her dad really sucks. 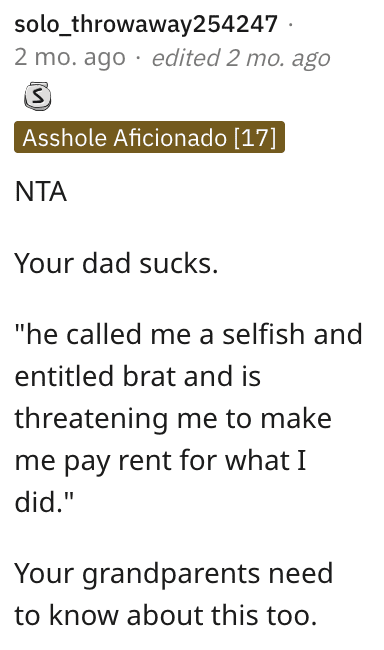 And this Reddit user also said she’s NTA and that she needs to let her grandparents know everything that’s going on. 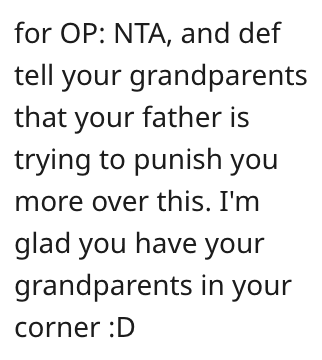 And this individual said her father is clearly favoring her stepbrother over her. 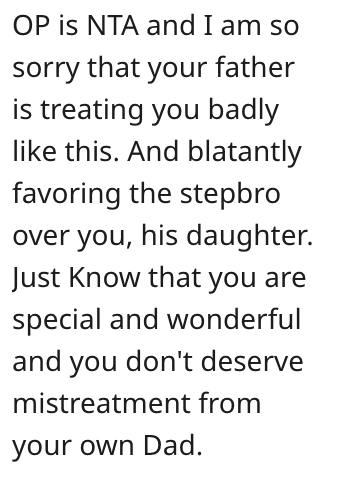