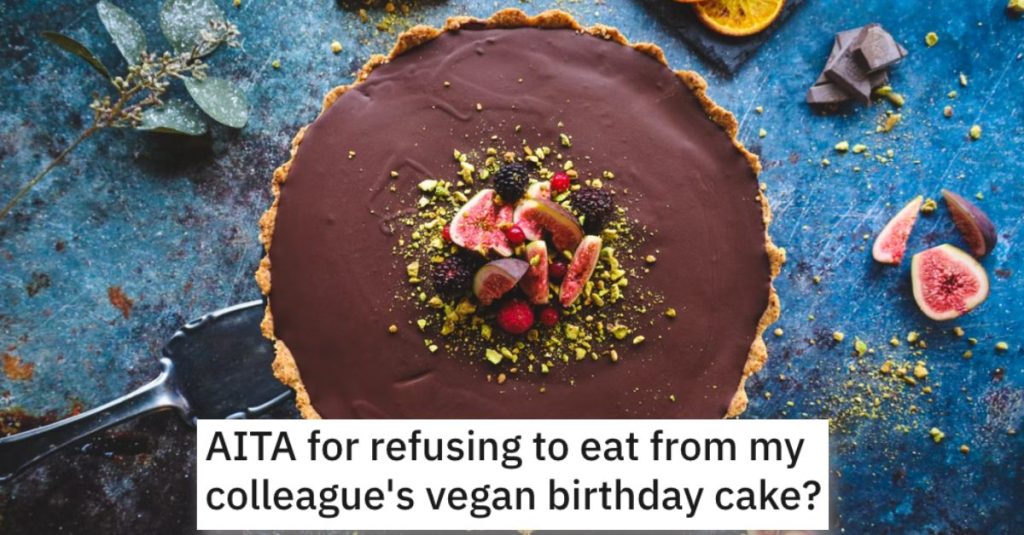 She Refuses to Eat a Co-Worker’s Vegan Birthday Cake. Is She Wrong?

Here we go with some vegan drama again…

And, for the record, I have several vegan friends and they never even talk about it so it’s not really an issue…

AITA for refusing to eat from my colleague’s vegan birthday cake?

“I (29f) am working in an office and I have a colleague Bea, who routinely makes fun of vegans.

I am vegan and i never make a fuss about food, i go to the same restaurants as my coworkers during lunch hour and i can always find myself something to eat without announcing my dietary choices. Bea keeps calling me out on it though and she’s very condescending about it.

She keeps saying i am just having a phase and she keeps offering me bites of her lunch that contain cheese and meat, and when i refuse she just goes “oh come on, its vegan i promise!” winkwink. Its very childish and annoying and even other people asked her to tone it down, but she insists shes just joking.

Last week she brought a homemade cake to the office for her birthday, and when she put a slice down in front of me i politely thanked her but i said i cant eat that. She said the cake is vegan and she made it specifically so i could eat it, but knowing her very loose definition of vegan i asked a few questions about the ingredients and she didnt check any of them for milk or eggs, so I thanked her again but refused the slice. She made a big scene out of it, she started crying and saying she just wanted to do something nice for me and now i ruined her birthday.

Some colleagues told me not to mind her dramatics, but my boss told me that it was her birthday and i could have given her cooking the benefit of the doubt. I sort of see his point, but i also feel like i dont need to justify my food choices to anyone and i never asked her to make the cake vegan for me.

This person said she’s NTA and that it sounds like her co-worker was looking for an “A-HA” moment. 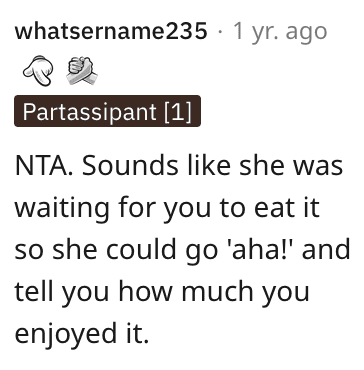 Another individual agreed and said no one has to eat anything they don’t want to.

And this Reddit user said that this woman did the right thing. 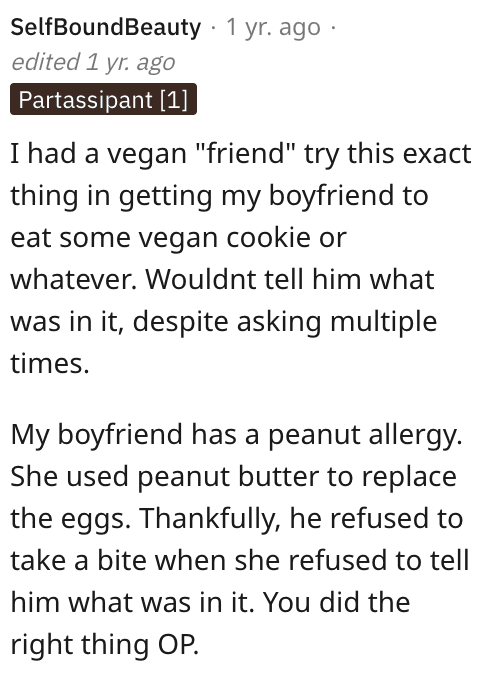