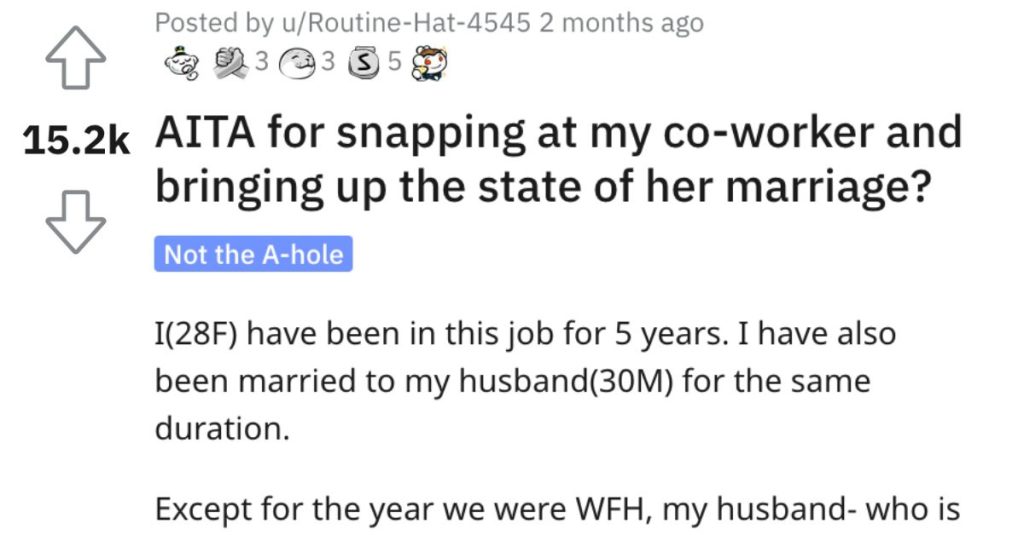 She Ridiculed a Co-Worker About Their Marriage. Was She a Jerk?

Those are fighting words!

Read on to see if you think this woman who shared her story on Reddit’s “Am I the A**hole?” acted like a jerk toward her co-worker.

AITA for snapping at my co-worker and bringing up the state of her marriage?

“I (28F) have been in this job for 5 years. I have also been married to my husband(30M) for the same duration.

Except for the year we were WFH, my husband- who is a florist- has been sending me a small bouquets of flowers every monday (think 3 roses, a small bunch of baby breath…just small arrangements). I have a small vase on my desk where I put them.

This year a new woman joined our workplace. The first monday she was here, when I received my bouquet she asked if it was a special day. Another coworker said that it was a weekly gift from my husband. She made a face and changed the subject.

But she started making comments every single monday when the receptionist brings my gift in. Small things like: “well we can’t all afford to waste our money on stuff like that” or “don’t you think that’s a bit tacky?”. I never reacted to her jabs. I am a pro at selective hearing.

This last monday she went over the lign IMO, she said “I think your hubby is overcompensating, are you sure he doesn’t have a mistress?”

I was pissed, and I said: well some of us love our spouses and like to show it, not all of us are staying in a toxic relationship for the sake of keeping appearances. Which was a low blow, since I knew that she was having trouble with her husband.

She started sobbing and left work early. And while every single person in the office says that I was in the right, that I was more patient than they would have been in my situation. I can’t help but feel like I went too far.

This reader said she’s NTA and her co-worker sounds jealous. 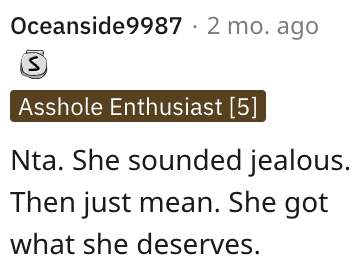 And this person agreed she’s NTA and said it sounds like a lot of people feel the same way as her. 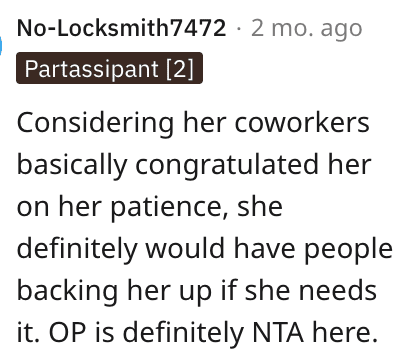 Another reader said they hope that the co-worker learned a lesson from all this. 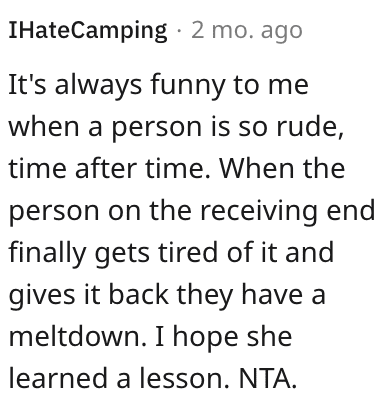