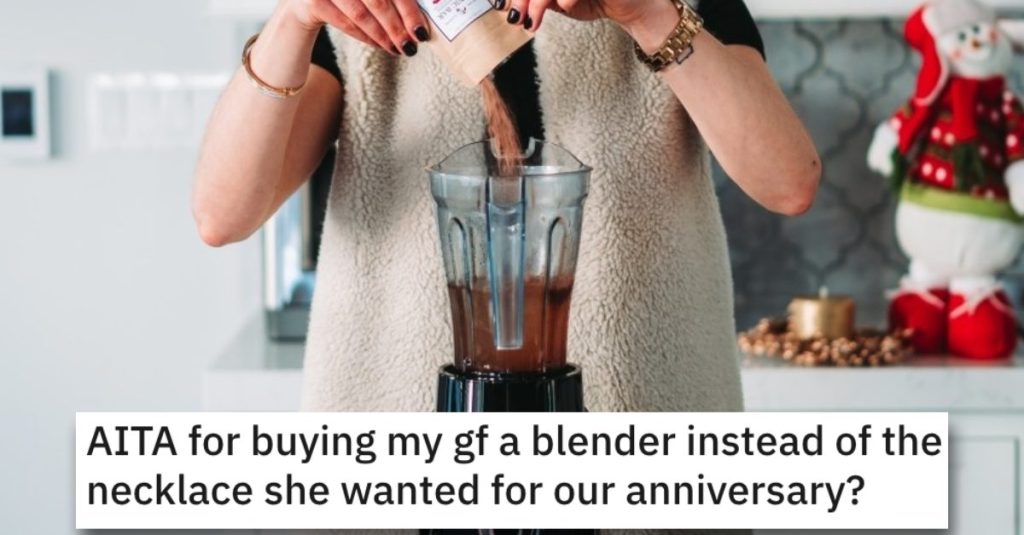 Uh oh, this could get ugly…

Check out this story from Reddit’s “Am I the A**hole?” page and see if you think this woman really blew it by giving her girlfriend a blender for their anniversary.

AITA for buying my GF a blender instead of the necklace she wanted for our anniversary?

“Before I start I’d like to say that my gf and I are both women. We are lesbians. I say this to hopefully preempt the ‘typical man’ comments.

This happened last month but my best friend and hers are still giving me s**t about it. We had our one year anniversary. I asked what she wanted and she told me just something romantic, a little necklace or something cute.

While browsing around on Amazon I found an emulsion blender and it pinged in my head. My gf loves cooking and always talks about all the gadgets she wants. Plus she made homemade tomato sauce and I remember her complaining how hard it was to make the sauce smooth cause she didn’t have an emulsion blender. I’m a very practical gift giver, I like to give things people will use so I bought it and was super excited to give it to her.

The day rolls around and she gives me a bottle of whiskey I’ve had my eye on for ages but could never justify the cost. I was so hyped and encouraged my gf to open hers. She opened it and her face kinda falls and she goes ‘oh… an emulsion blender…?’

And I told her I remembered her talking about all the kitchen gadgets she wanted and was so excited to give it to her. She kept her cool but told me while she appreciated the thought she was a little upset that it wasn’t jewelry. I was confused so she explained that she felt anniversary’s should be more about romantic/sentimental gifts versus practical, that she appreciated it greatly but couldn’t lie to me that she wished it had been the necklace she pointed out to me online (it was nothing fancy, a $30 mushroom necklace).

I shared my woes with my friend and my friend thought it was hilarious that I was so inept, and that he understood why my gf was upset with her gift. Gf’s best friend also got wind of the situation and has been ribbing me with telling my gf to get back to the kitchen jokes etc.

My gf and I are fine but I know she was disappointed, and she ended up buying the necklace herself a week after I gave her the blender. So AITA for giving my gf a practical gift versus the necklace she wanted??

This reader said that she is an a**hole and that this sounds like typical male TV sitcom behavior. 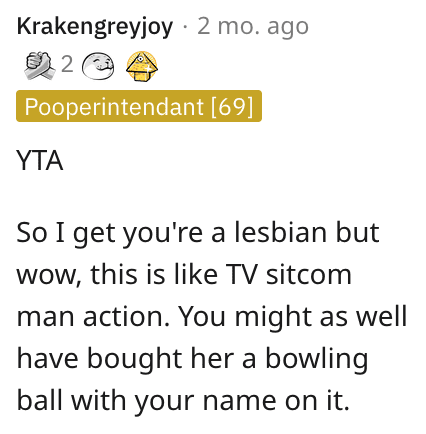 And this individual agreed and said this has nothing to do with gender. 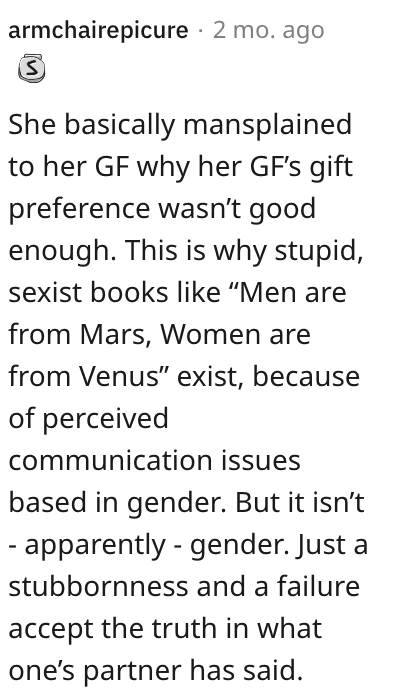 Another Reddit user implied that she really blew it this time… 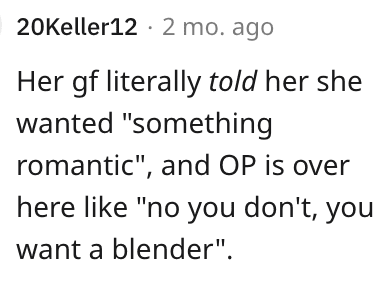