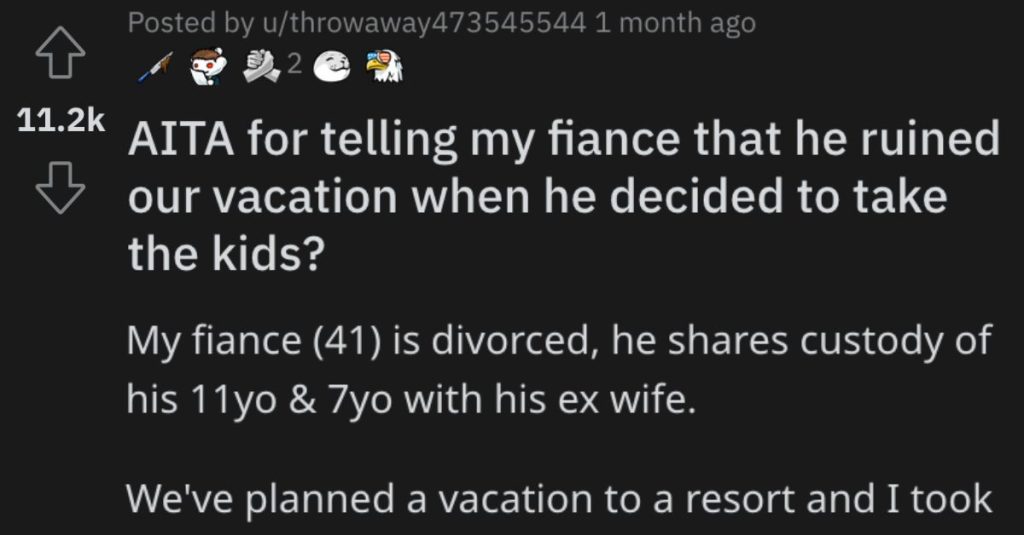 She Told Her Fiancée That He Ruined Their Vacation by Taking His Kids. Did She Go Too Far?

Ouch…this sounds pretty harsh, just based on the title alone.

But the whole point of the “Am I the A**hole?” page on Reddit is to put all the facts out there and then let the readers on that page make the final call.

And that’s what you’re going to do today!

Take a look at this woman’s story and let us know what you think in the comments.

AITA for telling my fiance that he ruined our vacation when he decided to take the kids?

We’ve planned a vacation to a resort and I took care of all reservations and payment but first I had to make absolutely sure he was free on that date (3 days vacation). He gave me the Ok to go ahead and proceed with booking.

2 days before the vacation, his ex called him asking if he’d have the kids after she got into an accident and broke her leg. He took them immediately for the weekend. As soon as I saw them I lost my temper on him. He said it was okay and that he’d either take them with us or postpone.

I had a huge argument with him and he said that I was ruining the vacation by this reaction but I told him that he ruined the vacation the minute he took the kids off his ex. I ended up going to stay with my friend after that.

He’s upset with my reaction saying I’m judging him by his circumstance and making him feel bad for wanting to make sure his kids were taken care of.”

This reader said she’s an a**hole and she’s not cut out to be with someone with kids. 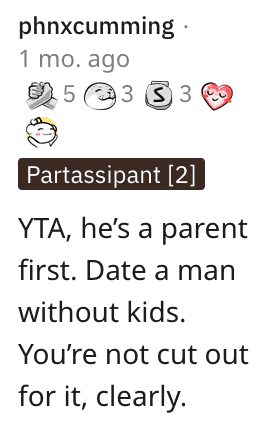 This individual said she should be proud of the way her partner acted in this situation. 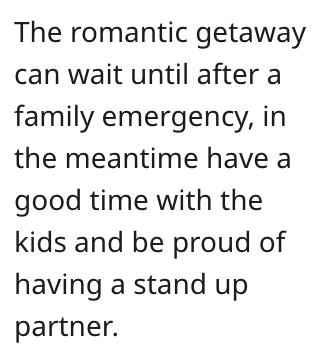 And this reader said she’s an a**hole and she needs to be with someone else without children. 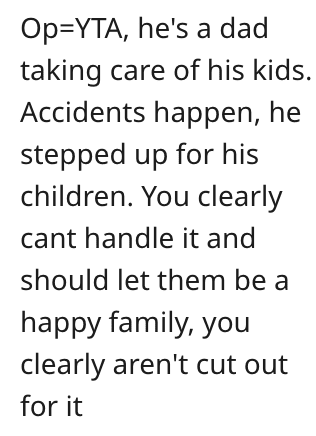