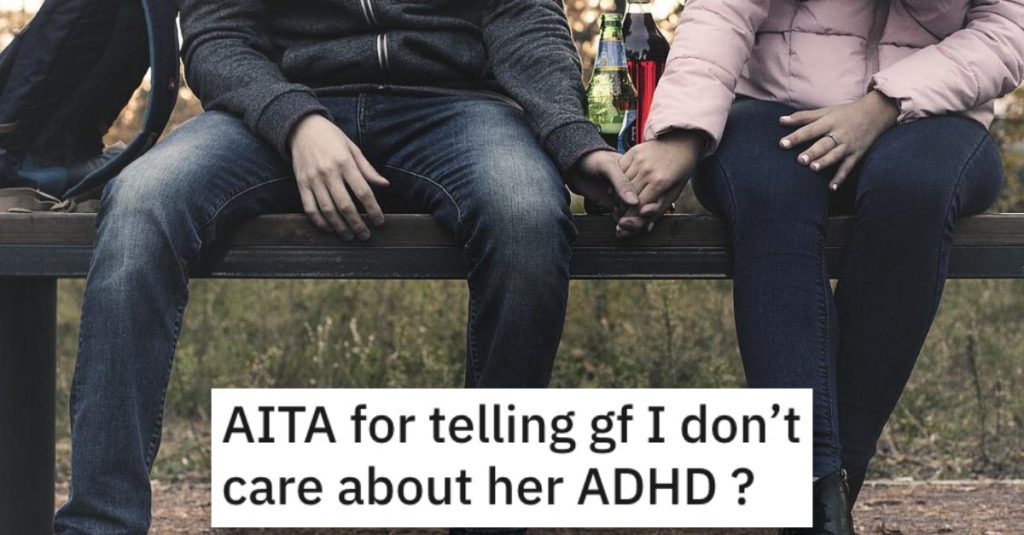 She Told Her GF She Doesn’t Care About Her ADHD. Was She Wrong?

By the title of this article alone, you might think that this woman is being a little bit harsh…

But, as we do with all articles on Reddit’s “Am I the A**hole?” page, you have to get all the information before you can make up your mind about each individual story.

So check this one out and see if you think this lady is being a Grade A JERK.

AITA for telling GF I don’t care about her ADHD ?

She has ADHD that she is medicated and goes to therapy for. I’ve known this since before we started dating and did my best to educate myself on how to help her cope with the challenges. However, ever since we moved in together, the challenges have gotten worse.

She never cleans or does any of the chores, she often leaves containers to grow mold in the fridge until I’ve started checking every single one daily to see if anything is spoiled. If she puts a dirty dish in the sink, it will stay there forever until I clean it. I bought a Dishwasher, but she won’t load it due to her executive dysfunction. She won’t take out the trash either or do her laundry. It´s tiring but i figured she must be suffering from work stress so stepped up to help out.

But the incident that has made me me lose is it the following : more than 5 times now, she has put something on the stove and walked away to be on her phone, until whatever she was cooking set off the fire alarm. My stove has a timer on it that you set for however long you want, and it will shut the stove off after the set time has passed.

I’ve shown her how to use it over and over again, so that if she walks away the stove will simply turn itself off. She never has. I have also brought a ringing timer but she rarely uses it. Finally I told her to text me when she wanted to cook if she was worried she’d get lost on her phone, so that I can text her a reminder or call her.

Well, yesterday I came back home to the firemen in front of our building bc she had put a frying pan with oil in it on the stove and forgot about it while she scrolled tik tok until it caught on fire and burned down half of our kitchen.

I was very concerned for her and made sure she was uninjured, but I got mad after she didn’t even apologize. All she said was « you shouldn’t be mad, this stuff happens and you know it’s my adhd and I can’t help it ».

This is when I told her that I don’t care about her ADHD, that I cared about us being pretty much homeless now, and that I had just lost the security deposit for the apartment which was 3x the monthly rent money, because she refused to use any of the solutions I offered and all the accommodations I’ve tried to make. She got very upset and left, and I couldn’t stop her bc the landlord had just arrived at the scene and was PI**ED.

It’s been a day now and I’m pretty sure she has blocked me, as well as made multiple posts citing me being an uncaring c**t towards the mentally ill. I’ve had a couple mutual friends and her sister reach out calling me insensitive and saying that I revealed my true colors and dehumanized her, and that I’m putting the money above caring for my gf.

Even the friend that I am crashing with told me that I shouldn’t have snapped at her, hat by saying I don’t care about her ADHD I have given her lifelong trust issues when it comes to future partners.

This reader who has ADHD and is autistic said she is NTA and that the fact that she didn’t apologize says a lot. 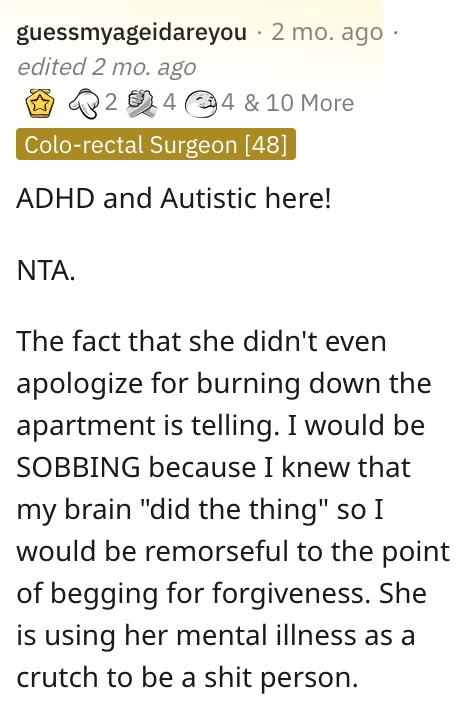 And this individual agreed and said even though they too have ADHD, they’d feel terrible about this. 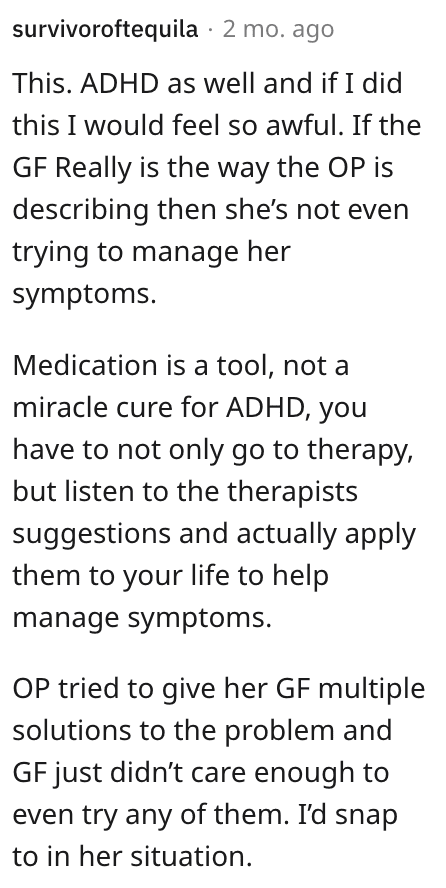 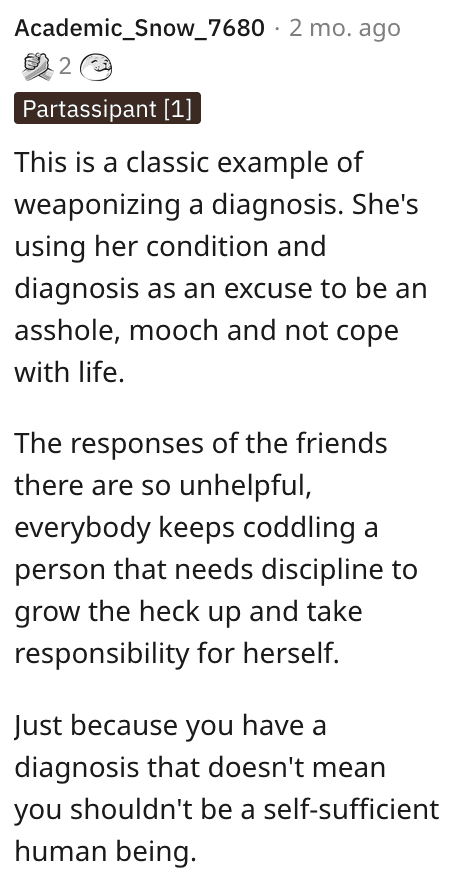