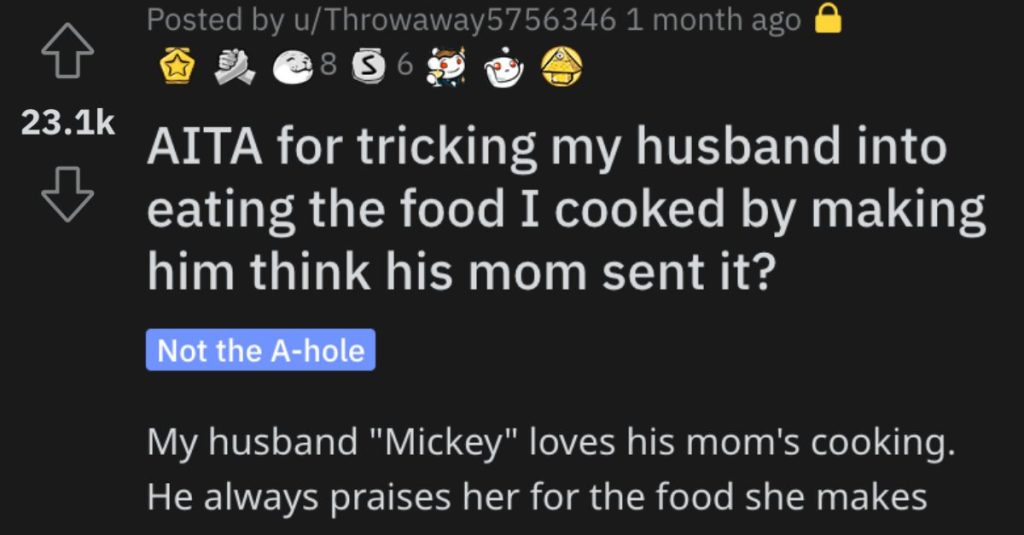 She Tricked Him Into Eating Food That He Thought Was From His Mom. Was She Wrong?

This food is from your mommy!

Check out this story and see if you think this woman was out of line for tricking her husband.

AITA for tricking my husband into eating the food I cooked by making him think his mom sent it?

“My husband “Mickey” loves his mom’s cooking. He always praises her for the food she makes and even mentioned it in his groom speech at the wedding!

I consider myself a good cook. In fact, I’m going to just say that I’m even better than his mom. but the problem is he doesn’t even want to try my cooking or give me a chance to prove it, I thought this would change after marriage but 5 months later nothing’s changed.

What does he eat if he’s not eating what I’m cooking? He has requested that his mom send him a meal everyday to eat for dinner after getting off work except for the weekend where we go over to her house and eats breakfast, lunch, dinner and DESSERT there.

Every single day he’d come home and ask if his mom sent him a meal. I grew irritated of this and whenever I try to offer him to taste any of the (wasted) food I cook, he’d lay in bed and say he’s full.

So I came up with an idea. I cooked him the same meal his mom sent him that day and put it aside til he got home. He asked if his mom sent a meal for dinner and I said yes and served him my own version of the meal – not hers.

He didn’t notice anything different. he ate the whole thing with no hesitation while I sat across from him asking him questions about how good the meal was. He went on and on praising it saying how perfect, exceptional it was, and how it was just what he needed after a long day at work.

I smiled and said “You’re welcome”. He froze and looked at me for a minute. Looked down at the plate then back at me and said “wait, you made this didn’t you?” I said “With my own hand and from scratch”. His face suddenly went red and he got upset and said that this was not cool.

I told him he never even gave me a chance to show him how good my cooking is and that he’s probably just used to his mom’s cooking and is rejecting any other alternatives which’s unfair to me.

He said that I shouldn’t have lied to him and basically tricked him into eating food that he had no idea where it came from. I said he liked it and admitted that it was good so what’s the issue. He got up from his seat, threw the napkin and said that I was unbelievable then walked out.

He got quiet the rest if the evening then posted about it on his FB in a vague post about being tricked into eating “someone’s” food like that. I felt guilty and bad thinking maybe I really shouldn’t have done this but I was frustrated with how he kept turning down every meal I tried to cook him and then say “No thanks, I prefer mom’s food”. 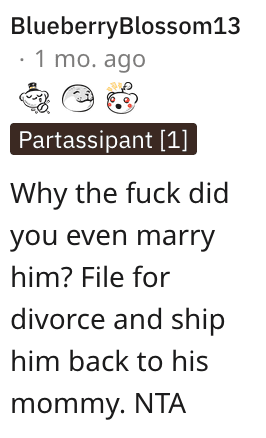 And this Reddit user said they need to stop going to his mom’s to eat all the time. 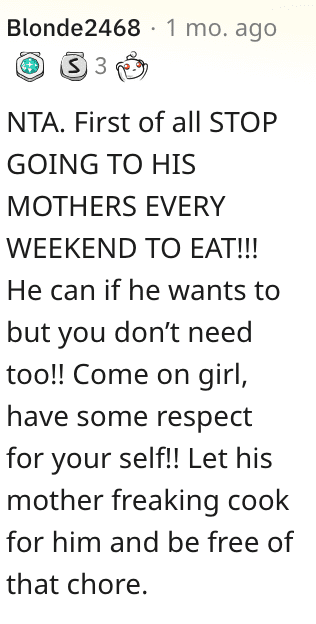 Another individual said that her husband is manipulating her and he’s destroying her self esteem on purpose. 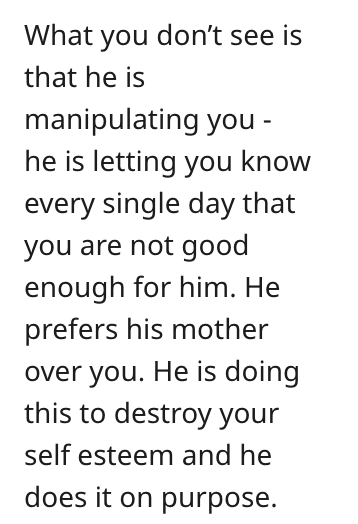