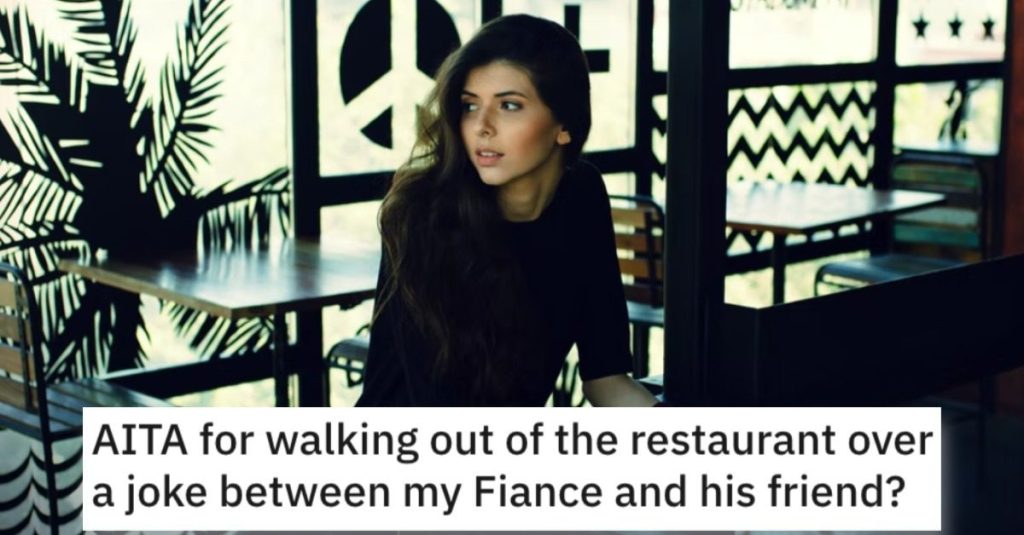 She Walked Out of Dinner When Her Fiancée and His Friend Made a Joke. Did She Go Too Far?

But that’s just my opinion…you gotta read this whole story and make up your own mind, okay?

Check out what happened and see if you think this woman acted like an a**hole.

AITA for walking out of the restaurant over a joke between my Fiancee and his friend?

“I f30 used to work as a s** worker in my early to mid 20s. not so proud of it but I had no choice. I had to get money to be able to keep my siblings and myself from homelessness.

I met my fiance Martin m32 over a year ago, he knows every single detail about my life and everyday tells me he loves me no matter what. His family are literally saints so I kind of hit the jackpot in the inlaws dept. However, his friends…not so much. some of them make comments about my past and throw in some words that I find rather offensive but I thought to myself “giiirl you just being too sensitive, just let it go”.

Last week we went out to the restaurant to celebrate Martin’s birthday with his friends and family. One of his closest friends “Antonio” has a habit of making nasty jokes and laughing publicly. Martin was talking to his friends while I was talking to my mother in law talking. Antonio looked around and praised the restaurant and the atmosphere for the party. Martin nodded after Antonio told him he’s lucky he got all that for his birthday then complained about not having family to celebrate his upcoming birthday.

He then told Martin “perhaps I can borrow (my name) for some bJ on my upcoming birthday”. I was appalled, but when I turned to see how Martin would react, Martin just laughed and said “Hahaha well, how much are you willing to pay?”. I froze. Now I might have overreacted but I had a terrible look on my face as I looked at Martin. Then I got up, gathered my stuff including the gift I got him then started making my way out.

My inlaws noticed and I could hear Martin yelling after me. He followed me outside begging me to wait but I kept walking. He said it was just a joke between him and his buddy and I was overreacting for no reason at all. I started arguing with him about how he was not only ok with his buddy humiliating me but playing along in his God awful joke. He insisted I overreacted and was being oversensitive. I got into a taxi and went home.

After he came back he started complaining about how I embarrassed him and ruined the celebration by walking out. I reminded him of what he did and he said it was just a joke! and the only one who has an issue with my past is me and I should seek therapy for being too sensitive all the d**n time.”

One reader said she’s NTA and she needs to dump this guy. 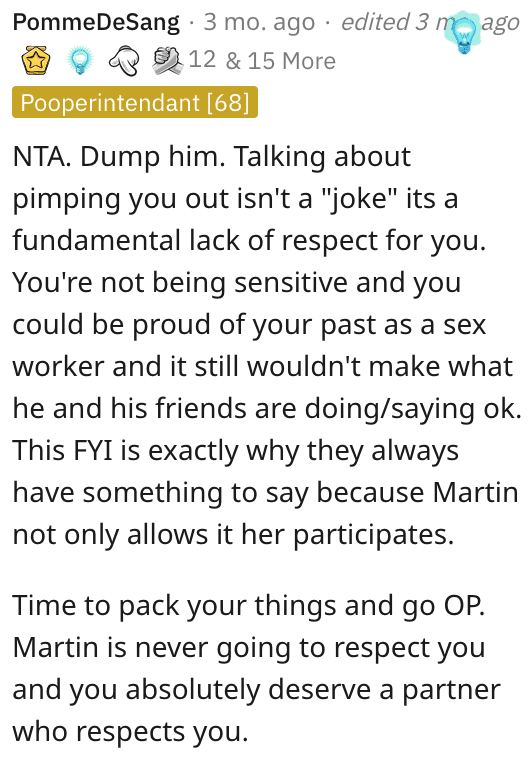 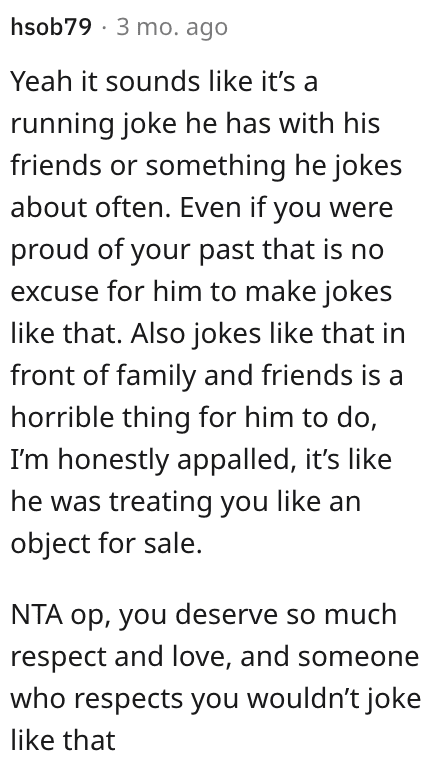 And this individual agreed and said this is rude and insulting to her. 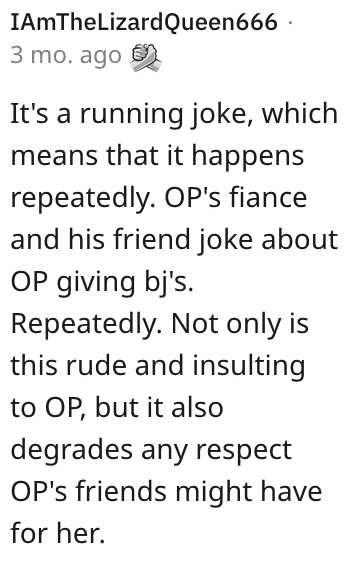