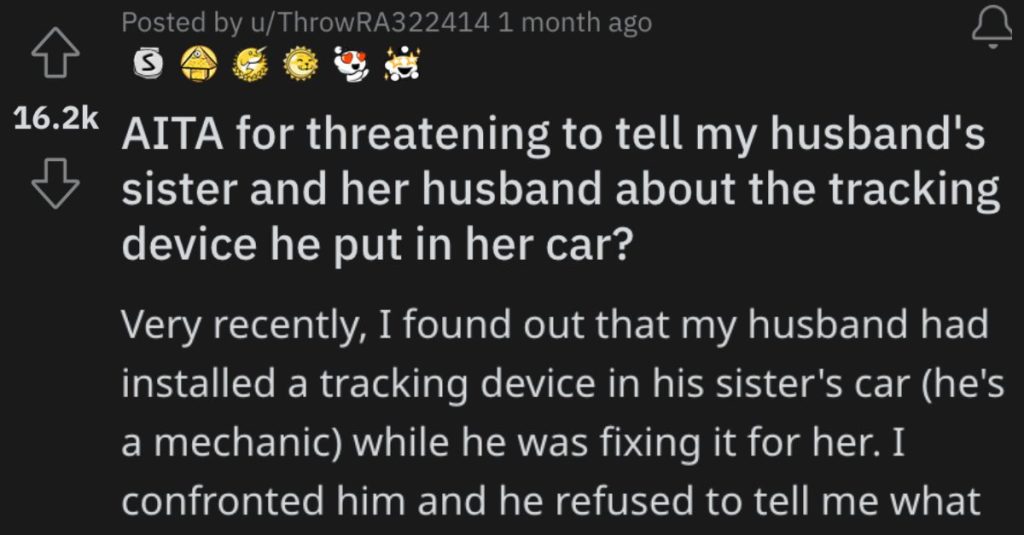 She Wants to Tell Her Husband’s Sister About the Tracking Device on Her Car. Is She Wrong?

This just sounds SKETCHY to me…

If I found out that someone placed a tracking device on my car, I’d be P**SED OFF.

So is this woman wrong for what she’s threatening to do in this situation?

Check out her story and see what you think.

AITA for threatening to tell my husband’s sister and her husband about the tracking device he put in her car?

“Very recently, I found out that my husband had installed a tracking device in his sister’s car (he’s a mechanic) while he was fixing it for her.

I confronted him and he refused to tell me what was going on or expand on the situation. His sister and I are close. I threatened him to tell her and her husband but he lashed out saying that this has nothing to do with me and that I was out of line to get myself involved.

He told me “it’s complicated” that he can’t say anything to me now and that I should keep my nose out of it.

We had an argument and he started avoiding me saying there’s gonna be an issue if I go through with my threat.

AITA for threatening to tell her?

Should I back off?”

This person said she’s NTA and said that this behavior is alarming. 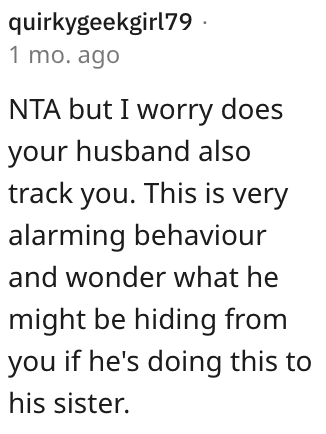 Another reader also said she’s NTA and that this is wrong and disgusting. 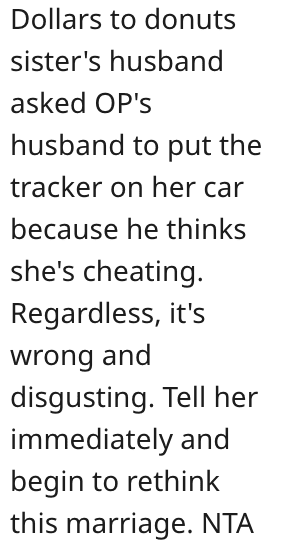 And another Reddit user laid out what they think she should do.