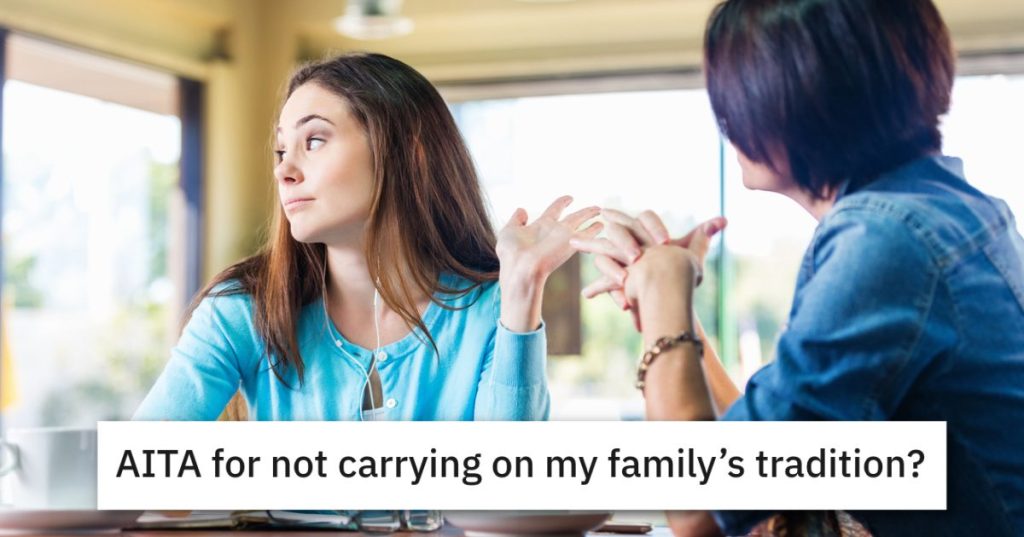 Should Anyone Join The Military Because Of A Family Tradition?

It’s easy enough to say that no one should do anything they don’t want to do, but when you’ve grown up knowing that a tradition lasting generations comes down to you, saying no is harder than it might seem.

In this family, the eldest child has always joined – and excelled in – the military. OP would be the fifth generation oldest child to do so, but she’s never really been interested.

Her family, on the other hand, takes great pride in the tradition and has always assumed she would follow suit.

My (18F) family has a “tradition” that goes back 5 generations, and that is the oldest of the family joins the military (only the 4 main branches).

My family is VERY proud of this fact and has been throwing this in my face since I was fresh out the cooter.

OP has let them assume for longer than she probably should have, because the death of her younger sibling affected everything.

Her mother started making plans and talking to recruiters without her, though, and she knew she had to speak up.

With the school year coming to an end and I turned 18 last month, my mom has been forcing me to do fitness courses and buying textbooks to help me study for the ASVAB.

Now I would have rebelled against this awhile ago but sadly my younger brother past away a few years ago and it was really hard on my parents so I’ve just been going along with this until now.

Last week, I overheard my mom talking on the phone to a recruiter talking about my options for possibly becoming an officer. I guess the realization finally hit.

Her mother is angry and accused OP of wasting her time, and now OP is feeling like the a$$hole…but is she?

I told my mom I’m not joining a few days ago and a huge fight happened. But I basically “wasted her time” and she called me a disappointment but I think I have a right to choose.

Let’s find out what Reddit has to say about it!

The top comment is from another veteran who believes it should always be the person’s choice, and that OP’s mother is the one who wasted her own time. 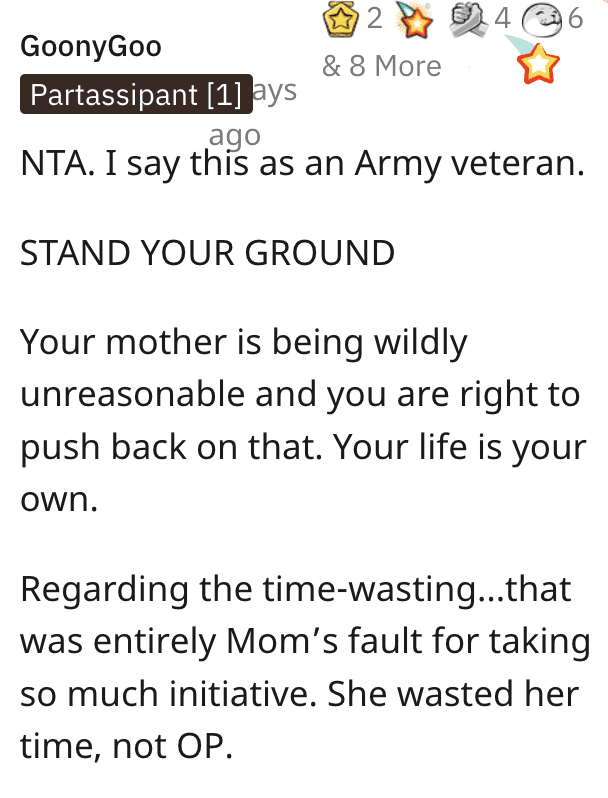 A few people – including a female vet – pointed out that the military is not necessarily the safest place for a young woman right now. 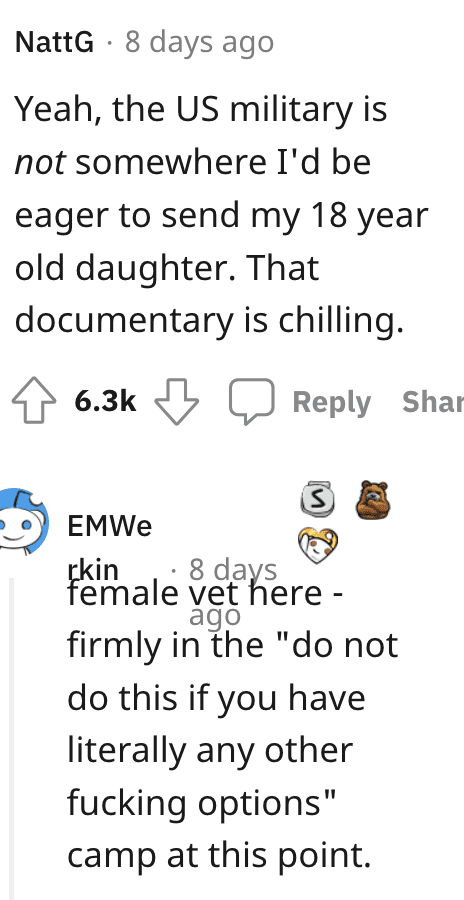 In general, the military does not do a great job of taking care of their own.

The bottom line is that everyone deserves to follow their own dreams. 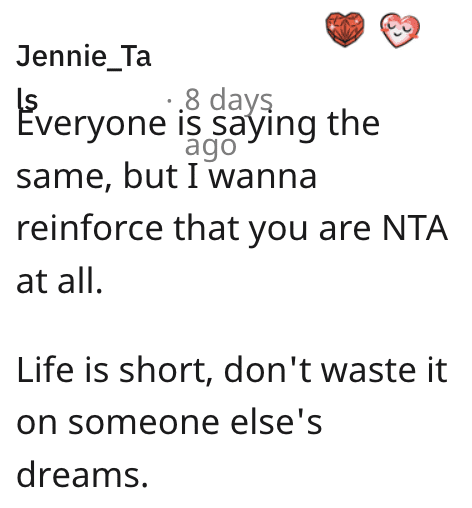 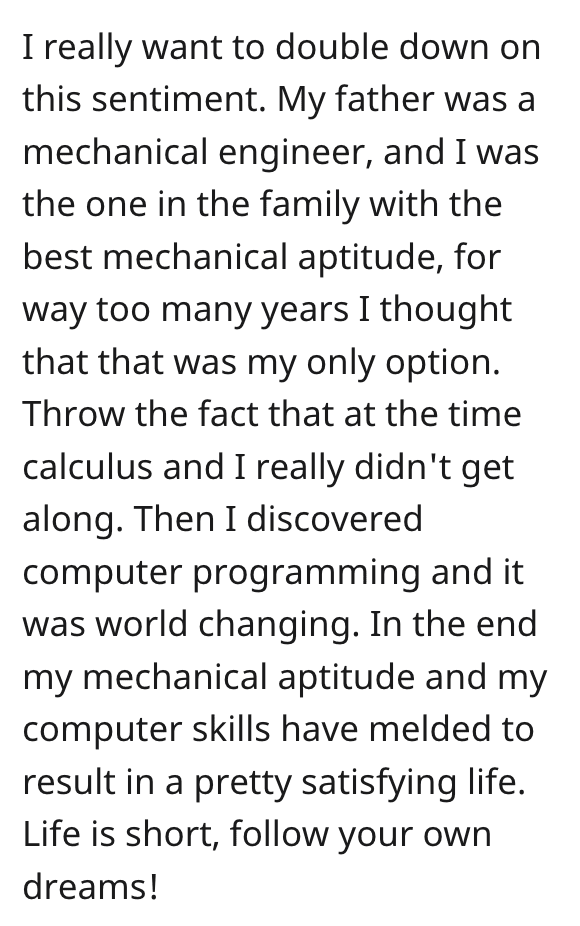 I agree that she’s done the right thing but that doesn’t mean it’s going to be easy. Hopefully her mother and the rest of the family come around soon.

How would you have handled this with your parents? Your child? Let’s discuss in the comments!