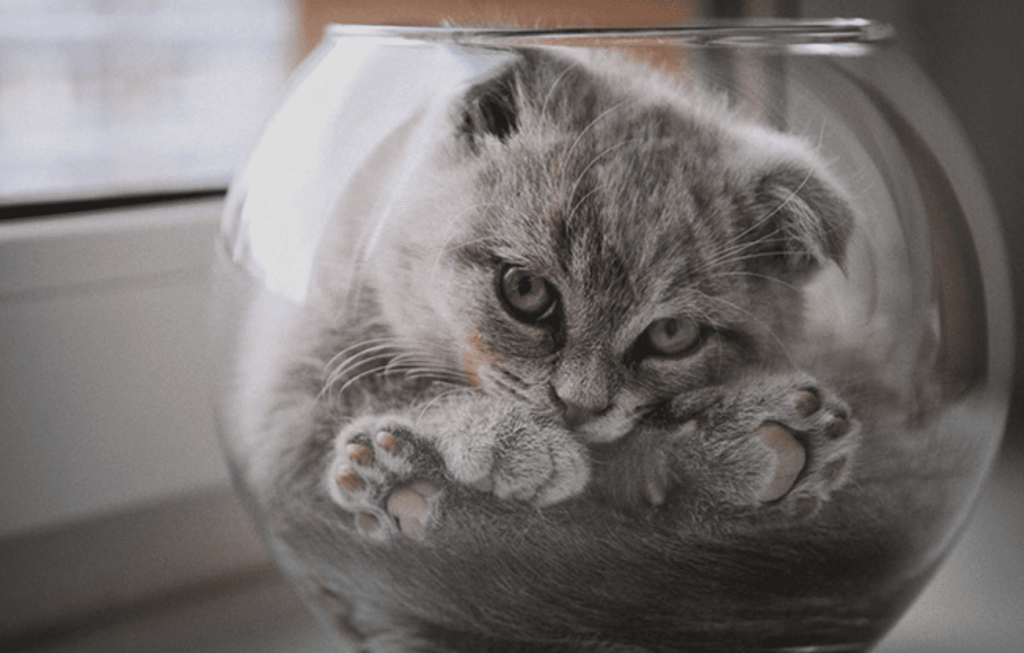 Should Cats Be Classified as a Liquid or a Solid? This Physicist Won an Ig Noble Prize for His Research

What is science exactly? Berkeley says: “Science is a way of discovering what’s in the universe and how those things work today, how they worked in the past, and how they are likely to work in the future. Scientists are motivated by the thrill of seeing or figuring out something that no one has before.”

The Ig Nobel Prize is just that…with a twist. It’s a prize awarded by Improbable Research — a foundation that honors scientists who make people laugh AND think. Scientist honorees get the thrill of demonstrating the importance of looking at things a little differently while simultaneously giving us all a shortcut to a good laugh.

For example, physicist Marc-Antoine Fardin won the Ig Nobel Prize for his research paper on the rheology or deformation and flow of matter…of cats.

A material must be able to modify its form to fit within a container. The action must also have a characteristic duration. In rheology, this is called the relaxation time. Determining if something is liquid depends on whether it’s observed over a time period that’s shorter or longer than the relaxation time.

So with regard to cats, clearly they can adapt their shape to their container if we give them enough time. In conclusion, based on the above theory, cats are a liquid if we give them the time to become liquid.

But are cats really a liquid? That remains inconclusive, but Fardin does believe that cats can be a solid or a liquid as he notes in Rheology Bulletin in 2014.

And, for any creature-conscious readers out that, he also mentions that no cats were harmed during his research. Even though they may look a little panicked in those containers, that’s just their faces. Whew!