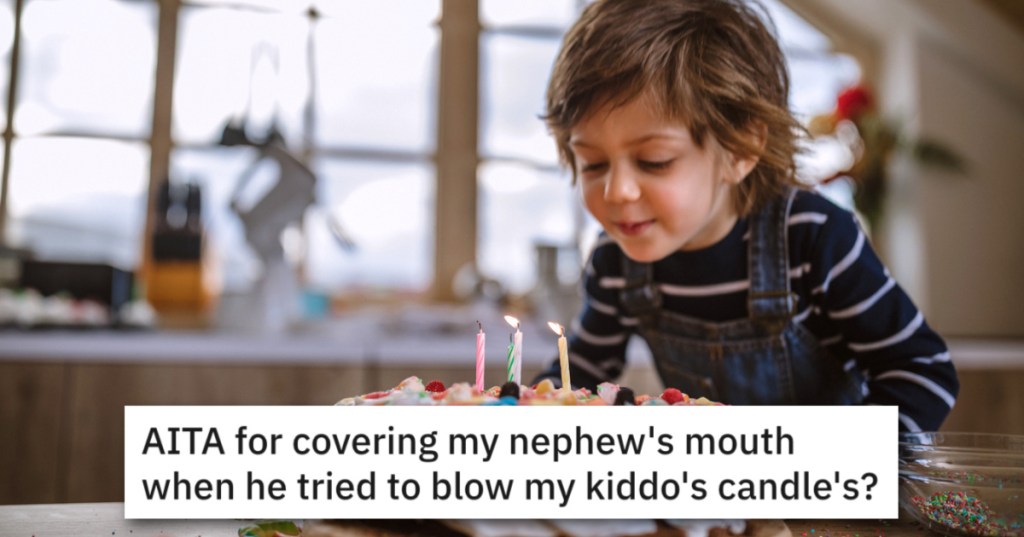 Should One Sibling Be Able To Correct The Child Of Another?

When it comes to parenting, the general rule of thumb is that you don’t parent other people’s kids unless you’ve been given express permission to do so. There can be some gray area when it comes to family and friends, but honestly…probably not as much as you’d think.

This guy has two siblings and a family tradition that’s not working for his kid, a fact that leaves him stuck between standing up for his child and keeping his siblings happy in the way things have always been done.

Their family has a tradition that started when the siblings, now parents, were young – no matter whose birthday it was, all of them blew out the candles on the cake together.

OP’s son, however, has decided that he doesn’t want to participate in that tradition on his cousins’ birthdays, and also he wants to blow out his candles on his own.

Usually when is one of the kids birthdays all of them blows the candles because that’s how my mom used to do with us, yet ever since my kiddo turned 2 he has refused to do so.

Last year when his cousins had to blow theirs he didn’t participated and when his birthday came he didn’t want anyone to do it with him, but all of the kids ended up throwing themselves at the cake and did it anyway.

The cousins did not respect his wishes the year before and the kid ended up upset on his birthday, and honestly, no parent wants to see that.

To add insult to injury, OP’s older brother called his nephew a “little prick,” resulting a longstanding riff between brothers.

I kid you not, my son cried for the rest of the evening and refused to eat his cake, my sister talked to her daughter about how that wasn’t right but my brother said that my son was a “little prick” and he had to learn how to share.

We stopped talking for a monthly after that until my mother forced us to make amends.

Well, another birthday rolls around and OP tells his brother and sister ahead of time that his kid wants to blow out his own candles.

The sister’s kids behave well, but the brother’s kid goes to help blow out the candles in the moment – but OP puts a hand over his mouth and stops him from ruining the moment.

A week ago I told them that their kids weren’t allowed to blow the candles with my son, my brother didn’t liked it of course, but my SIL said that she was gonna explain it to her kids and that it was okay.

Fast forward to the party, my gf comes with our kiddo’s cake, we gather around the table and we sing happy birthday to my boy, when he’s about to blow his god**mn candles I notice that my nephew (6) is about to do it too and I cover his mouth with my hand.

My kid doesn’t notice, blows them and jumps straight to his momma’s arms all happy.

No one noticed, but the nephew cried foul and OP’s brother immediately came to his son’s defense, saying that that’s how their family does things.

OP replied that’s not how his kid is going to do things, and the brother can leave if he doesn’t like it – which he did.

My nephew starts to cry and tells to my brother that “I didn’t let him do it and it’s not fair”, my SIL tries to explain him something but my brother comes right at me for “not letting his kid have fun”, I remind him that I told them my son was gonna do it alone but he says “that’s not how we do it” and I told him “Well that’s how I do it now, if you don’t like it you can leave”.

My mom is telling him that I’m joking but my brother took his kids and leaves, my son is obviously confused but ends up playing with some other kids and forgetting about it.

Now the family is split on whether or not OP had the right to take matters into his own hands, and he’s wondering whether this whole thing has gotten out of hand.

My mom says that I’m and AH for doing it and that my son has to understand that this is our way and is forcing me to apologize, my gf and sister says that I’m right because is my son’s birthday after all and I don’t know what to do.

The top comment muses that it’s really more about protecting his own kid than trying to discipline his nephew. 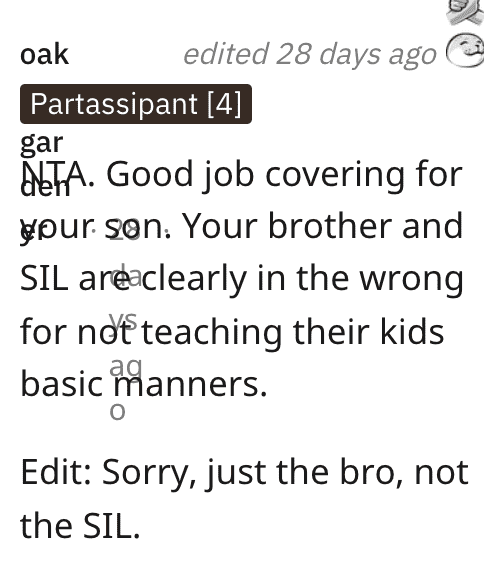 And yeah, the brother is immature and 100% in the wrong. 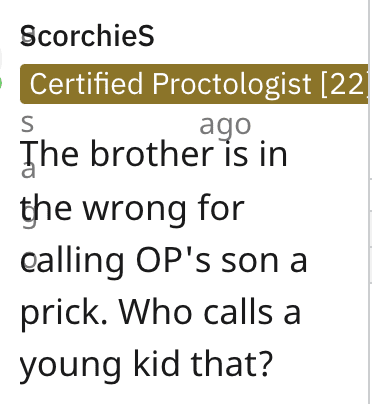 The rules should apply to everyone. 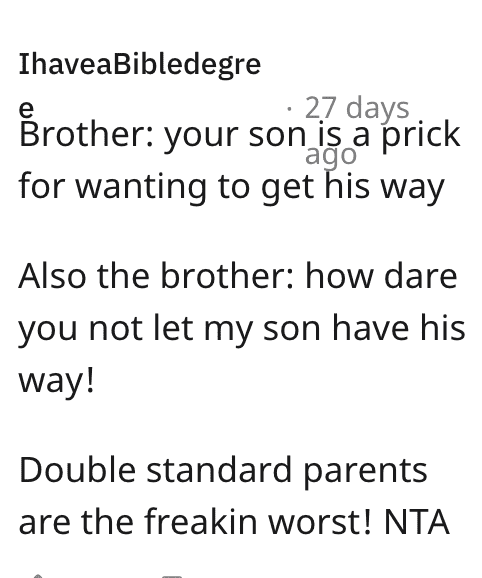 This person makes a very interesting and telling point… 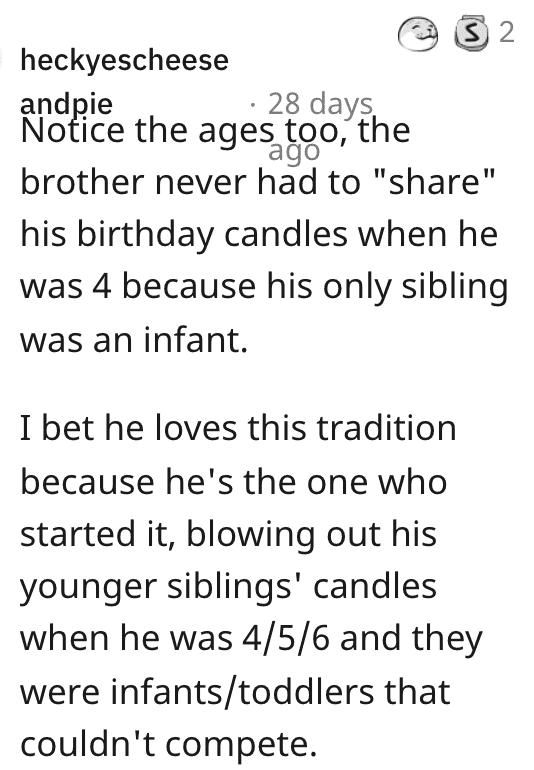 He’s carrying on the tradition of bad parenting.

This tradition likely grew out of lazy parenting. Every kid deserves to feel special on their birthday, right?

What do you think? How would you have handled this? Let us know in the comments!