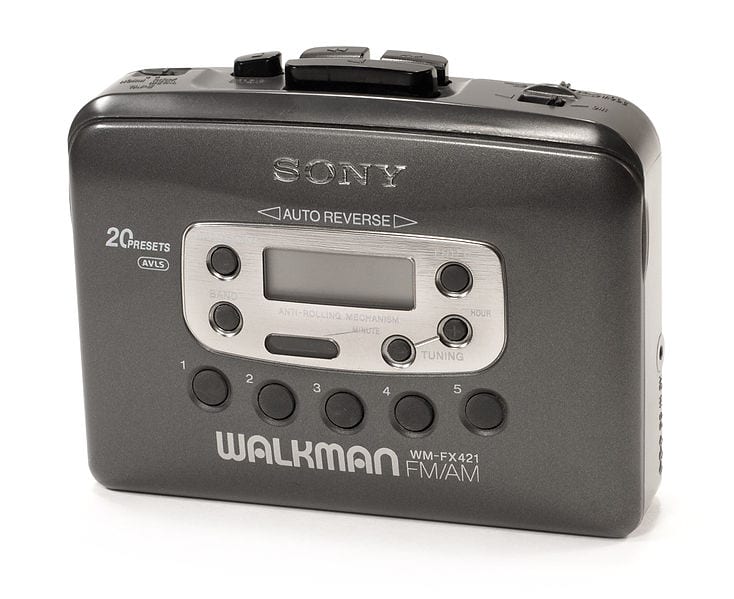 Sony Is Releasing a New Walkman to Commemorate Its 40th Anniversary

I remember it like it was yesterday. It must’ve been about 1984 when my older brother Rich got a Walkman for Christmas. I was mesmerized by it. Of course, I wasn’t allowed to touch it, but I did admire it from afar until I got my own a few years later and started amassing a killer tape collection featuring hand-me-downs from Rich like AC/DC, The Ramones, and other bands that warped my young mind.

But I digress. We should all be excited that Sony announced it is releasing a Walkman to celebrate the original Walkman’s 40th anniversary. The original Sony TPS-L2 debuted in 1979 and quickly changed the electronics game. It was the first truly portable personal tape player, and it quickly became a staple of music lovers everywhere.

At the IFA electronics trade show in Berlin last week, Sony announced it is releasing a new version of the groundbreaking Walkman. The new Sony NW-A100TPS Walkman looks pretty amazing and is powered by Android.

It features a cassette tape interface, and the case has a 40th-anniversary logo on the back. It also has an S-Master HX digital amplifier to give listeners high-res audio, a processor to give compressed audio tracks a higher quality, and a vinyl processor that gives digital tracks a vinyl-like quality.

It also has 26 hours of battery life.

Here’s a video of the new Sony Walkman in action.

I don’t know about you, but my nostalgia just kicked into high gear, and I’m gonna need to get my hands on one of these!