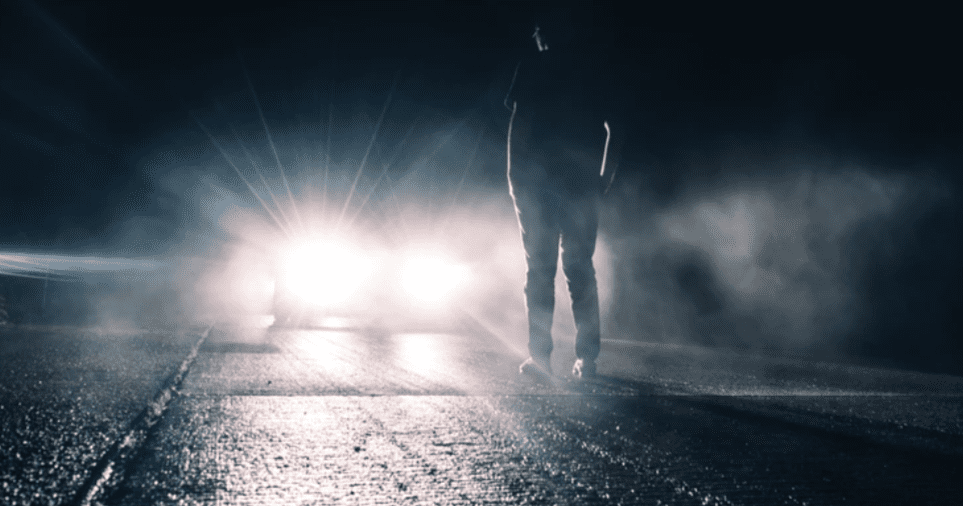 Has your life ever flashed before your eyes? Ever had a close call with death that scared the hell out of you?

These 15 people did, and they share their stories below.

“It was in the mid-1980s. Riding a bicycle to work during the morning rush hour. Two lanes in the same direction, speed limit is 35. A woman pulls ahead of me and turns right. Her bumper hooked my front tire and I flew off the bike into traffic. My life did not flash before my eyes but I remember thinking, “I really don’t want to die right now!” I heard tires squealing and popped up to get out of the road.

The woman stopped about 20 feet down the road, got out of her car and said, “Did I hit you?” I could only numbly shake my head yes. Her response was a sing-song “Sorry”. She got back in her car and drove off. I had landed on my left elbow and left hip. It was about a month before I could walk without pain.”

“When I crashed my motorcycle on the Long Island Expressway going 65 MPH. As I flew over the handle bars I said to myself “well, it’s been a good life”. Wear a helmet tough guys.”

“I was wearing a helmet which saved my life. I had a sore neck and shoulders and some cuts on my chin. I rolled off the guy’s trunk within inches of the cars in the next lane, but fortunately nobody hit me. I was one lucky SOB. My bike was caught in mid air between the car behind me and the idiot in front who slammed on his brakes, which is why the accident happened. My bike was totaled.”

“Was home alone and choked on a bite of sandwich. Couldn’t inhale, exhale, or cough for about 30 seconds before it dislodged. Seriously thought I was going to die alone eating a sandwich.”

“I was in Peru on the beach alone and some guys walking towards me with machetes and bandanas…not off to a great start. After they robbed me they ripped my shirt off and the leader rested his machete on my shoulder. Then they just walked away.

“Came down with Lyme complete with rash and fever. Got antibiotics and 12 hours later came down with a severe migraine and painful, stiff neck, and severe vertigo, and couldn’t remember where I was. I don’t know how I didn’t die but at the time I thought I was going to and just accepted it.”

“Was in the passenger seat of a GMC Chevy Trailblazer that was traveling at 90+ mph when someone pulled out in front of us and stopped. Brakes locked up, she snatched the wheel. The moment the tires left the pavement as we started our first flip, I remember thinking ‘f-ck, this is it.’

We ended up on the roof, I had to climb back into the truck to drag the driver out as the ceiling was filling with gas.

I somehow walked away with only a few scratches from crawling out of the glass.”

“When I had a stroke/TIA. I had just finished a workout and was standing next to the row machine, my leg started to feel weak and I collapsed. My wife, ran over, I could barely talk, whole left side of my face was drooping, I could lift my left arm but not work my hands. Luckily it passed in 10-15 seconds, went to the hospital found out I have a PFO (hole in your heart) which is probably how the clot got through. They said I won the lottery since chances are so small for that to happen.”

“Used to eat peanut butter and raisins mixed together as a snack. Just spoonfuls of the mixture into my mouth. One day it got stuck down my throat. It somehow blocked me from getting air through my nose or mouth and it literally felt like several needles had embedded themselves into my throat. It wouldn’t budge no matter how much I tried to work my throat.
Panic set in and my heart felt like it would explode from pounding so hard.

When the black spots started dancing over my vision my exact thought was, “This is such a stupid way to die.” Somehow, the peanut butter glob slid down my throat far enough to suck in air through my nose, and if you can imagine it, I literally had to work my neck like a chicken to make the rest of the glob move down.I haven’t eaten the peanut butter raisin mixture in about 7 years and I never will again.”

I’m a volunteer firefighter and at a house fire, there was some kind of an explosion (likely a smoke explosion from what we could tell).

We had been there quite some time, well past the point where a backdraft would be possible…but suddenly something wasn’t sitting right with me about the situation.

My partner and I were standing on the front stairs to the house. I looked at her and told her to “pack up”. She asked why and I said “I don’t like the look of this.”

I got my mask on and was on air, turned back around and there was a wall of orange rushing towards me.

It was an explosion. It blew me out of the front door where I was standing and down the steps.

All I remember is I was looking up at the sky after having just been standing on the stairs.

I was ok for the first few minutes, but after I walked away and was alone with my thoughts, I started trembling and shaking, realizing that I came moments away from quite possibly being horribly injured or killed.

I don’t know why my gut instinct told me to put my pack on, but I am so glad it did.”

“August 13, 2004, at approximately 3:15 PM. I was living in Port Charlotte, FL, less than a mile from the gulf coast. Hurricane Charlie had made landfall, and the eye was passing over my house. I was in the bath tub, in a mason block brick house. And I could feel the entire house moving. I could feel the pressure changing. I heard destruction all around as the storm tore through the area, while the radio warned anyone in the area listening to hunker down.

I sat there waiting for the house to collapse on me. My only hope was that they found my body quickly so my mother wouldn’t have to worry long if I had survived or not, because I knew any moment would be my last.

Then, the eye passed directly over. It was calm, peaceful, still. The destruction outside my home is difficult to describe, even all these years later.”

“Driving on my old Camaro on the interstate on the left lane, I go over this long tall bridge, traffic is backed up and the line of cars ends up at the bottom of the bridge.

I’m the last car of the traffic jam, I look in the rearview mirror an 18 wheeler is coming up behind me pretty fast, brakes locked, from where I am I can see the smoke and the jitter of the cab as he’s sliding, concrete divider on the left cars on the right, no way out… as I’m getting ready to brace for impact traffic starts to move, the truck didn’t need to stop but it got really close to my rear bumper.”

“Snowboarding when I was 18. Took a nasty fall, my elbow hit my gut knocked the wind outta me. Kept snowboarding for an hour as my gut still hurt. Brother drove me to the emergency room. Got me on the operating table and had to take a shit. Hot nurse gets my carharts off puts a bed pan under me. Two minutes later I go blind and tell the nurse. She says “your spleen is lacerated, you’re in shock and your body is shutting down.” Then yells for a dose of epinephrin and says “we’re losing him!”

“thats cool” came out of my mouth. This is when I knew this might be my finale. Handled it like a champ.

Doctor later told me had I showed up 10-15 minutes later they woulda lost me. Yikes.

That hot nurse who put a bed pan under me? Couple days later was on morphine and I hit on her. Told her that the fiance didn’t love her as much as I would.”