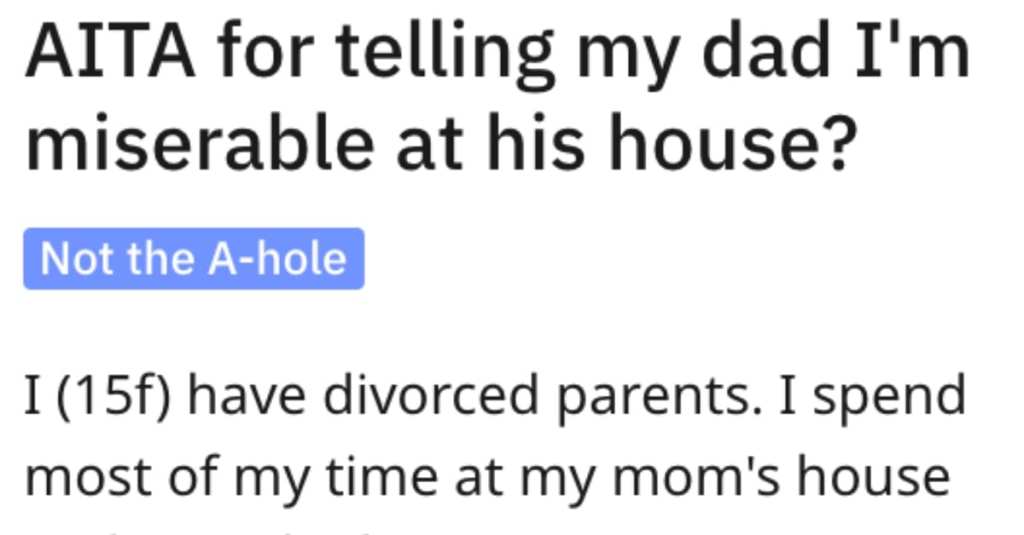 Divorce is hard for everyone involved, but it’s really hard for the kids.

They get shuttled from one place to another between the two parents and, even if things seem civil, it takes a toll on children.

And this teenage girl took to Reddit’s “Am I the A**hole?” page to get some feedback about how she handled this kind of situation with her father.

AITA for telling my dad I’m miserable at his house?

I spend most of my time at my mom’s house and over the last two years my time at my dad’s has decreased from every other weekend, to three weekends a month to every other week. It breaks my dad’s heart because he wants to see me more and he has started getting Thursdays off at his job and wishes he could spend that extra bit of time with me.

But the truth is I hate being at his house. Two years ago he got remarried and then he and his wife had more kids. Up to then I had been an only child with my own room in both homes, then it went from that to, once the pregnancy was announced, I had to share with his wife’s oldest and only daughter, who is the same age as me and it was rough.

She and I do not get along. She’s very… temperamental. One time I asked her to be quiet because I was lying down since I had a headache and she told me to f*ck off, she was on the phone. I told her to take it somewhere else and she told me to do the same. And that it was her room now since she lived there all the time and I was just a guest.

My issues with her were the reason I asked to spend weeks with my mom instead of there. My dad knew but he just couldn’t understand why I wouldn’t give him and his wife more time to get her daughter to cut the cr*p. But three weekends a month was way too much.

She took over my “half” of the room and even though I made it so that I was more guest than lived there, it made me want to be there less too. Especially when she would snap at me for touching something she left on my bed. Or for pushing her clothes over in the closet to put mine in.

I have to deal with sharing a room with her. There are so many people now, his wife, her three kids including the daughter, my two little siblings and the house isn’t huge. It has four bedrooms so there is no more space for me. And whenever I’m there I wish I could go back to it being just us. That it is so much easier when I’m there less because I don’t spend all the time wishing I was home.

My dad was upset. He told me I should have said something sooner. That he could have helped me come around better if he had known how miserable I was. He told me they’re my family now. That I need to speak to someone so I can see the good in it. I told him I didn’t think I could do that and actually stay in the house more than I already do.

Which he told me was me not trying. Then he said I could have always made more of an effort with my “sister” and when I made a face he told me I was acting like a kid which he knows I am, but he would hope I would be mature enough to accept that they are all my siblings now. Then he got mad about me feeling how I do and things have been tense ever since.

This person believes that the girl’s father is being manipulative and that she actually did a good thing by not giving in to him. 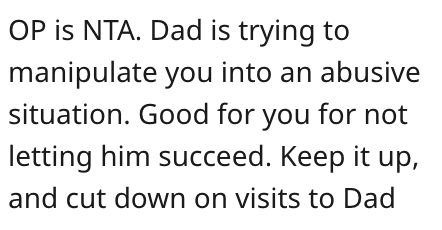 Another reader said that the girl’s father is out of line in his actions and kids can’t be forced to immediately best friends with their new stepsiblings. 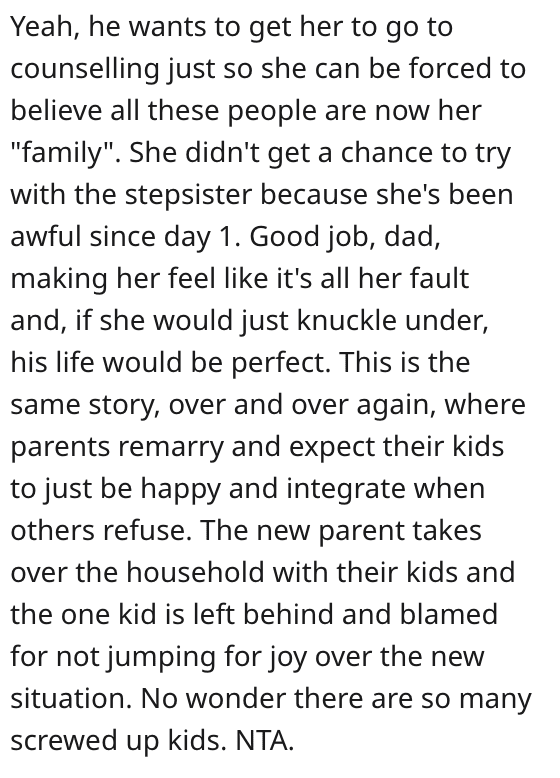 This person argued that the girl is old enough to pick where she wants to live and that her dad AND the courts should be listening to her. 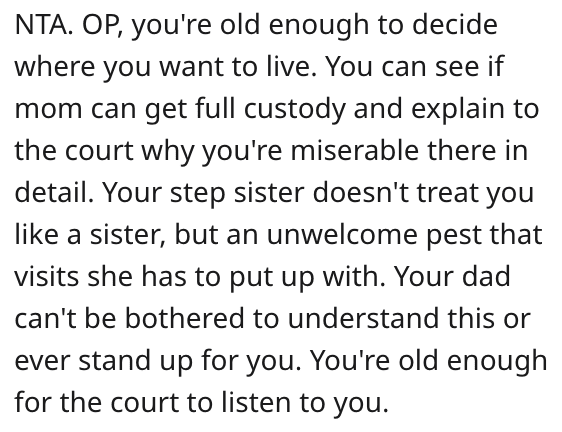 Finally, this individual said that they experienced something like this too when their parents got divorced. 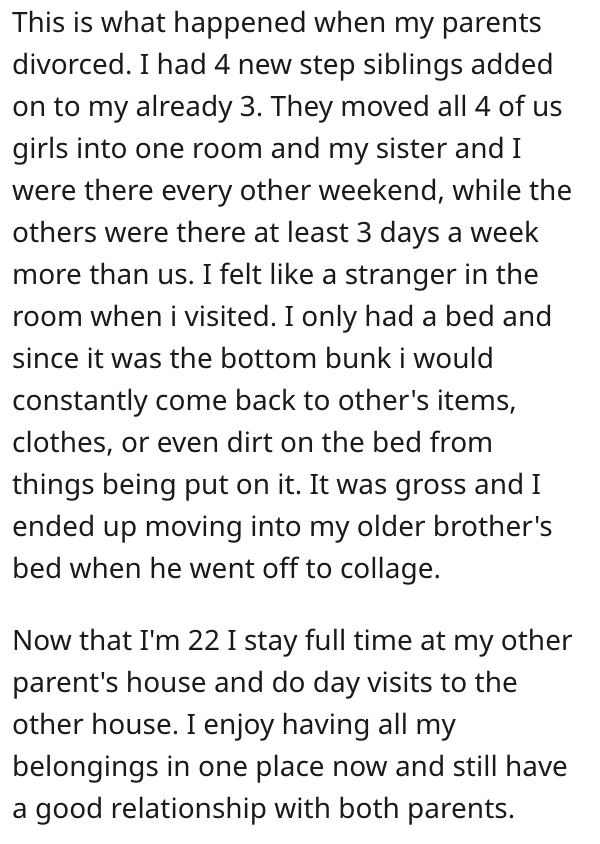 What do you think about what this teenage girl did?

Talk to us in the comments and share your thoughts. Thanks!