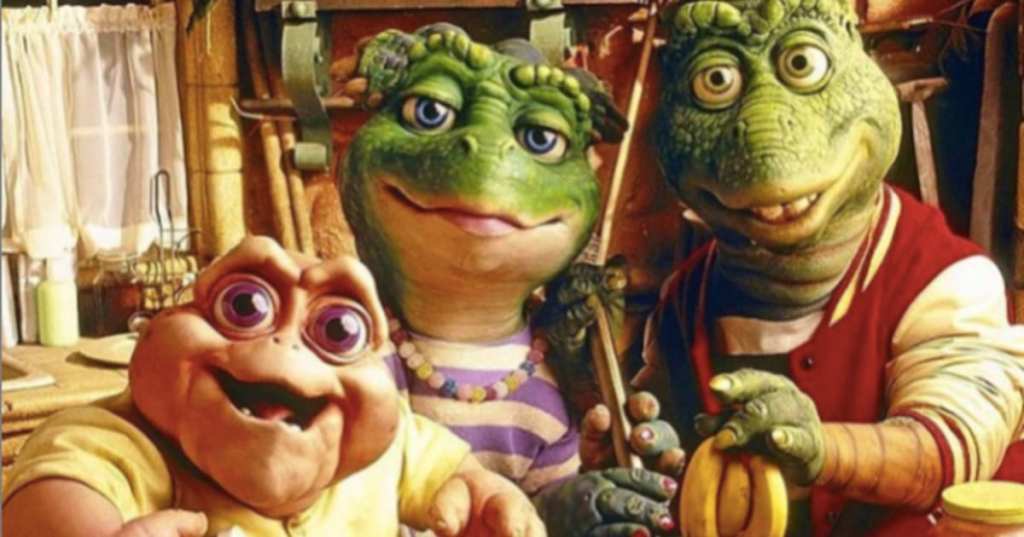 That 90s Favorite ‘Dinosaurs’ Will Start Streaming Again This Fall

I loved watching TGIF as a kid, and had my favorites, like Saved by the Bell, after school – and California Dreams, while it lasted. I have to admit, though, that I never watched Dinosaurs as a kid.

I’m a little too old, I think, but I have watched parts of it as an adult.

My first child never wanted his father until he was well over two, so my husband kept crowing “not the Mama!” every time our son would cry. He had to show me the clips from the show so I would get the joke, and we watched some of it.

The sitcom ran four seasons, between 1991-1994. There are 65 episodes about the Sinclairs, an anthropomorphic family of dinosaurs doing regular, sitcom family things.

The puppets were designed by one of Jim Henson’s puppeteers, Kirk Thatcher, and the show was well-loved, winning several Emmy’s and delighting viewers of all ages.

All that 90s nostalgia is huge these days – reboots and retellings and streaming on Netflix are all the moneymaking rage –  and so it looks like Dinosaurs will soon be available on a screen in your very own home.

Reunited and it feels Soooooo Good! NOT THE MAMMA 🤣😍

The show was available on Hulu briefly, and although it’s not out there anywhere now for free (you can buy it on Amazon Prime), word is that Disney+ is going to add it to their lineup in fall 2020.

All of the kids who loved TGIF back in the day, a lineup that also included Family Matters and Full House, will soon be able to visit the Sinclairs in Pangaea once again.