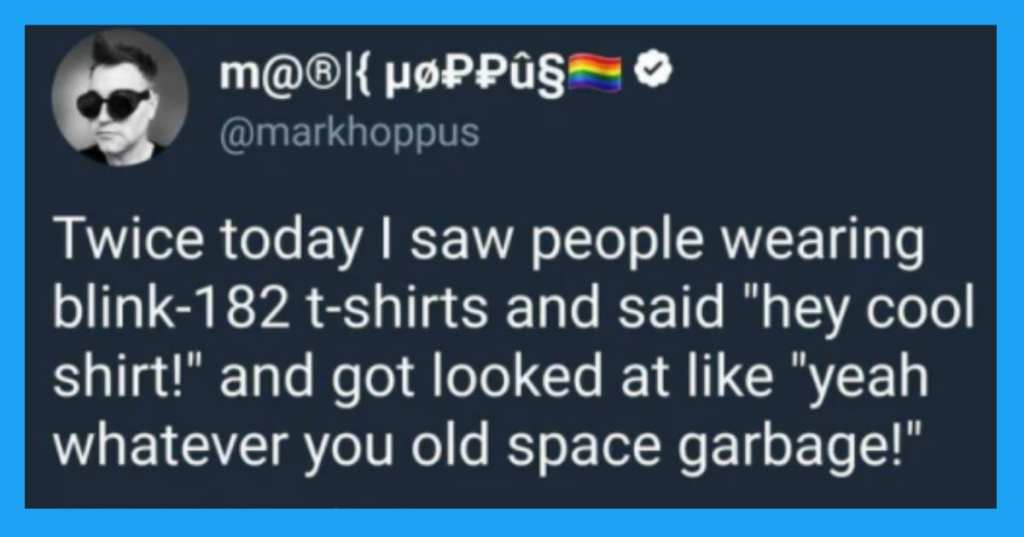 13 People Who Had No Idea Who They Were Talking To

It was possible to embarrass oneself back in the good old days. In person, you know – you might bump into a “someone” on the street and have an awkward interaction, in which you proved you had zero clue who you’d run into, but that was it. Over.

The only people to witness your embarrassment and any ensuing burns were the folks that happened to be in the near vicinity.

Now, with the internet? Your shame could be witnessed by hundreds. Thousands…more, depending on who you had no idea you were interacting with at any given moment.

To be fair, no one is usually looking at Tony Hawk’s face.

Tony Hawk really is something special from dontyouknowwhoiam

12. When you don’t realize Tom Morello is both a musician and an expert in political science.

And no, he isn’t going to let that slide.

11. What if I told you people could be experts on more than one thing?

And also, this woman is now my hero.

20 years of experience is definitely worth something from dontyouknowwhoiam

10. The one time they probably wish now that the old white dude hadn’t shut up.

This is just mortifying though, lol.

We’re going to die before he recovers from that burn, though.

More than a flesh wound here from dontyouknowwhoiam

8. When you’re so ironically hipster you don’t even know the band on your t-shirt.

Vintage, so it must be cool, yeah?

7. You’ve got to be able to laugh at yourself.

I’m betting she turned really red and tried to hide when he came out on stage.

She really didn’t have to, nor should she have, to be honest.

I work with you from dontyouknowwhoiam

5. Maybe you should find out who your elected officials are?

4. I hope this douche was saluting his or her computer screen after this massive fail.

Have some respect, indeed!

3. That’s a weird thing to make an assumption about in this day and age.

And a really weird thing to get aggressive about, too.

Be nice if they could learn your name, though.

You definitely stole your jokes from dontyouknowwhoiam

I mean, not saying we can’t all have our opinions but maybe don’t try to school the author?

I think she would know.. from facepalm

I’m dying of secondhand embarrassment and also the burrrrnnnnns y’all.

Gotta love a good burn. When it’s not aimed at you, anyway.