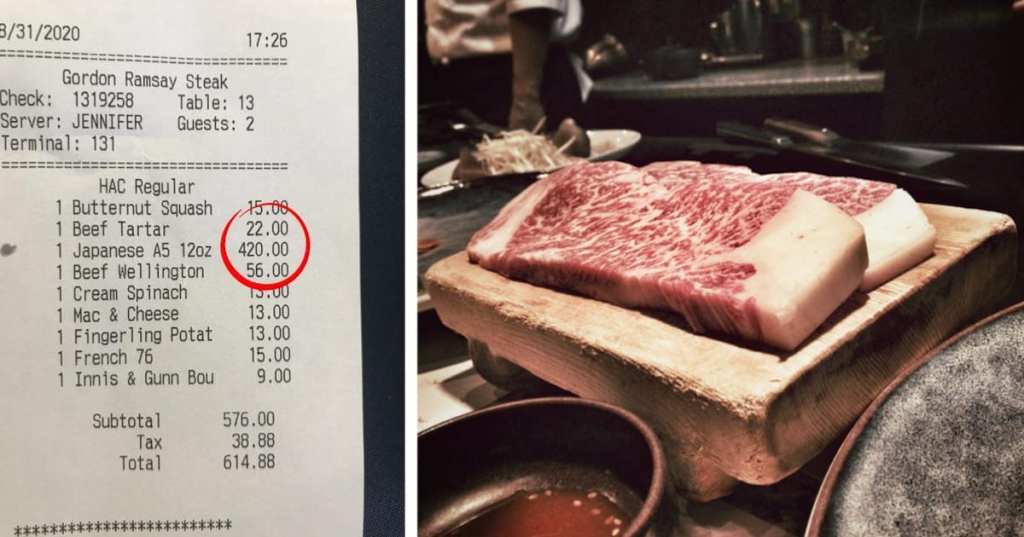 That One Time a Guy Accidentally Ate $420 Worth of Beef

If ever there was a cautionary tale about closely reading menus in restaurants, this is it! Because this poor dude thought he was making a frugal decision in ordering, but instead, he wolfed down some insanely high-end beef.

He posted the tale on Reddit’s TIFU (Today I F*cked Up) forum, and y’all… it’s a doozy.

It begins with him and his girlfriend heading to their first real night out in some time, in Atlantic City.

They chose Gordon Ramsey’s because of the outdoor dining option during this Covid-19 time. 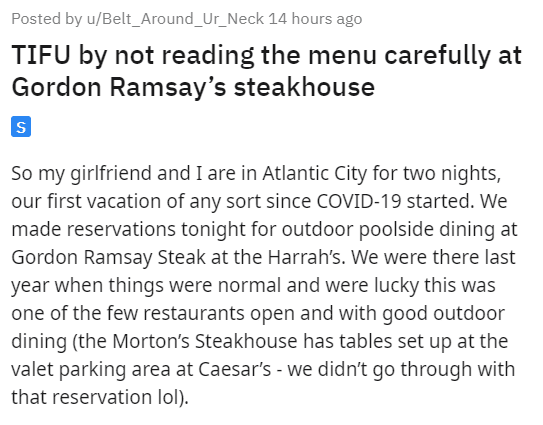 He was amazed to see the Kobe beef was cheaper than the Wagyu on the menu, so he ordered 12 ounces of the stuff, which he promptly scarfed down.

His girlfriend also had a lovely meal, they shared some sides and appetizers, as you do. 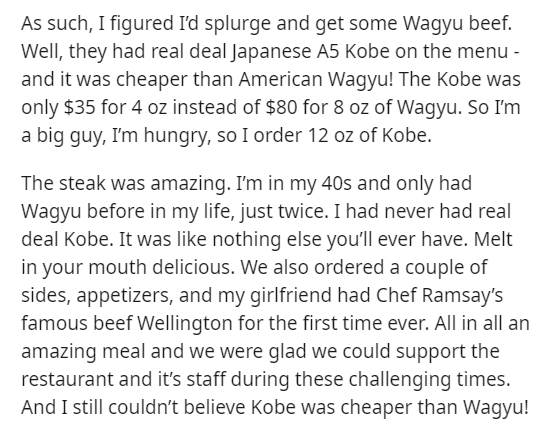 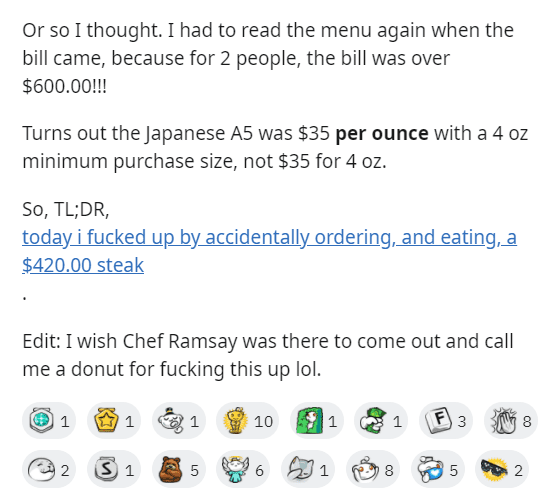 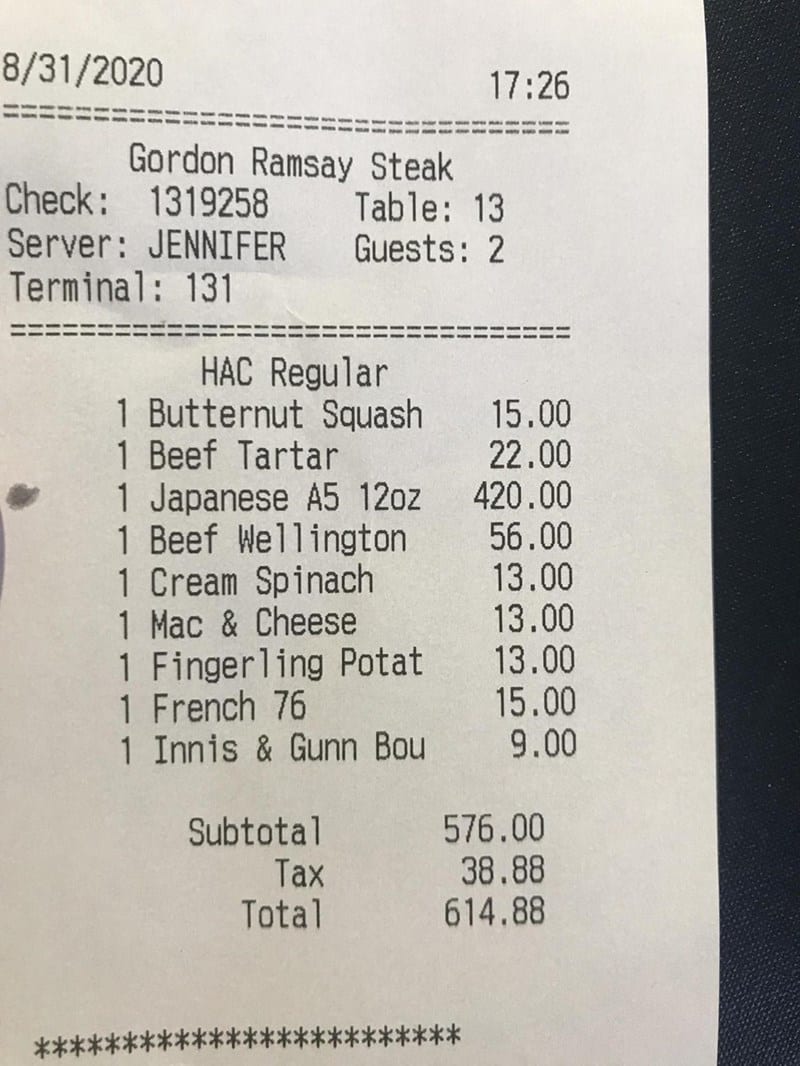 His biggest regret was that Gordon himself wasn’t there to make fun of him for his gaff. But I bet he wouldn’t have made fun of him… he would have thanked him!

But also, the server really should have said something when he ordered 12 ounces, don’t you think?

I guess if you gotta spend $420 on a steak, it had better be the best thing you’ve ever eaten – and he says it was!

So there’s that. Ha!