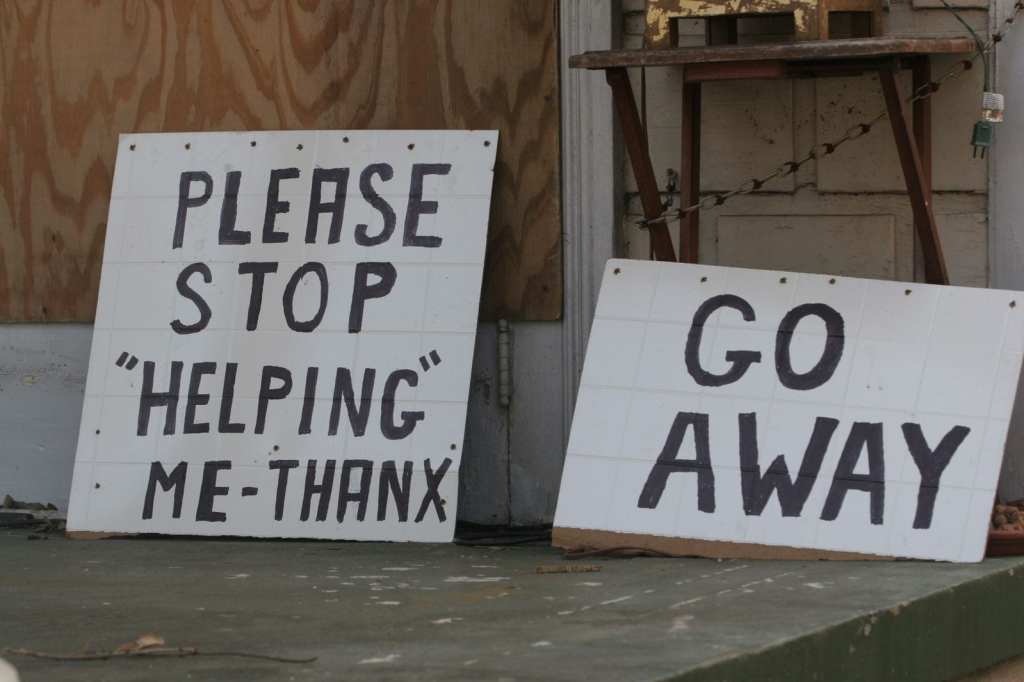 The 15 Industries That People Want to See Go Away Forever

You’ve probably discussed industries and job markets where you’d like to see some growth. After all, more growth=more jobs!

But have you ever thought of industries that should go away for good? Some jobs and industries have bad reputations, and rightfully so. One Reddit thread asked people to list industries and jobs that should leave and never return.

Here’s a list of nominees for industries and jobs that are most anger-inducing.

“Riverlink was put in charge of collecting tolls from cars going over the Ohio river between Kentucky and Indiana.

If you don’t have a pass, they mail you your bill. Except they NEVER DO. I’ve heard countless people say it happened to them, and it happened to me twice. So one day you get a final notice bill with a fat late fee attached to it. And you can’t contest it (I’ve tried).

I don’t know how they’re allowed to operate like this, but they need to fuck all the way off.”

14. Anything That Sends Junk Mail

“Every business that thinks it’s okay to clog my mailbox with useless mail.

Unless it’s a government or legal document, either let me handle it online or fuck off.”

“I don’t have time to scroll through this many comments so pardon me if it’s been said.

The funeral industry can fuck right off. The sheer cost of what they charge for everything and all their little addons and hidden fees and high pressure tactics when people are at their most vulnerable should be illegal. I’m seeing more and more people going back to Wakes or celebrations of life at home or other venues. Wife and I have already put those instructions into our wills and opted for cremation.

We want to bequeath our money to people and charities we care about – not line the pockets of those greedy fucks.”

“Not so much an industry, but a methodology. I hate the idea of a Product as a service.

I don’t want to lease stuff, I want it to do whatever the hell I want to with it.”

Not exactly an industry, but I’ll never understand why they advertise these drugs for various conditions on TV when your doctors would recommend these drugs themselves if they deemed them appropriate.”

The fact my bill goes up every year and I have to call them to complain in order to get my bill back down is the dumbest business model and it should go away.

The only reason I still have cable is because it is cheaper in my area to buy the bundle. Bundles should also go away.”

9. Election Cycles are the Worst

They are one sided at best, and straight up lies at worst.”

But it has gotten so expensive, and it has very little to do with inflation. Expectations are so high, everyone is trying to out-do each other and paying for one little thing is excruciating when you can get the same thing for a birthday party for significantly less.”

“The fashion industry who is producing a shitton of stuff that is meant to be worn for a few months and then thrown away. Just let it die and all those fashionistas can go along. If I remember correctly, worldwide clothes-industry is about a tenth of all CO2 emission we are causing.

So yes, just let it die and rebuild in a more reasonable manner.”

At least in my country legislation is such that they can make huge profits from what are originally very small debts (eg one month worth of unpaid electricity bill). The whole system is set up to kick people when they’re down.

So it’s not cool to bribe politicians but it’s totally cool to hire someone to bribe them on your behalf?

How in the fuck is this okay?”

“People working for tips shouldn’t be a thing.

Tips should be given as an extra for good service, not as an amendment to lower than baseline pay.”

“those websites and papers that make mugshots for low crimes public with the option to pay to have them removed.

i’ve never been arrested, but that seems like such a scummy way to make money off of people who are already being punished.”

*Edit: Thanks ya’ll for your contribution. To those that are saying “WeLl wHaT dO YoU pRoPoSe tHeN?”

I’m saying Health Insurance is fine, as a concept. Executives and shareholders should not be making record profits annually while individuals see their rates and deductibles go up year after year. Bonuses should not be paid out really because Insurance is essentially a safety net. If there is surplus cash left over from the year before it should be rolled over for rainy days, like when say a global pandemic happens, and everyones getting sick. Maybe that record breaking bonus to the CEO last year could’ve really helped some people with their medical costs.”

Providing workers to companies for years with little/no benefits. No paid vacations or holidays.

It has really made me hate the ‘holiday season.'”

There were also some repeats that are worth mentioning: payday loans, sex trafficking, spam emails, and robocalls. They were mentioned so many times that we knew a ton of people were going to think of them first.

As always, Redditors crowd-sourced a lot of industries and job types that have caused problems for many. Are there any that they missed?

Our comments section is ready for your answers!