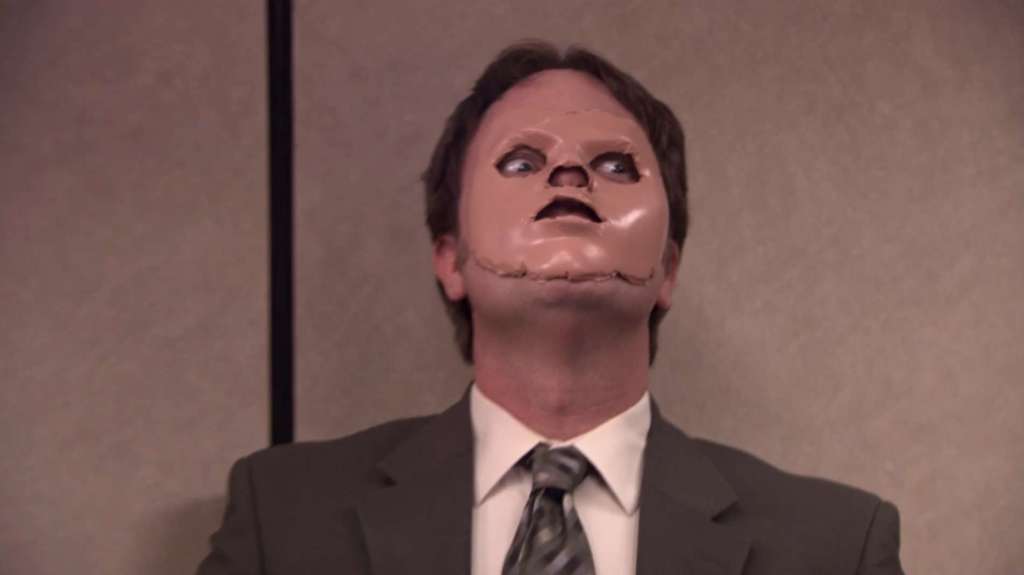 The CPR Episode of ‘The Office’ Actually Saved Someone’s Life

Life imitating art: is there anything better? There are so many hilarious and amazing moments from The Office, but one of the best has to be when Michael Scott arranges for his staff to learn CPR.

Of course, the training doesn’t go as planned: the group breaks into a rendition of “Stayin’ Alive” by The Bee Gees and Dwight goes off the deep end, Hannibal Lecter-style.

But one fan of the show was paying attention, and it ended up saving a woman’s life in Arizona. 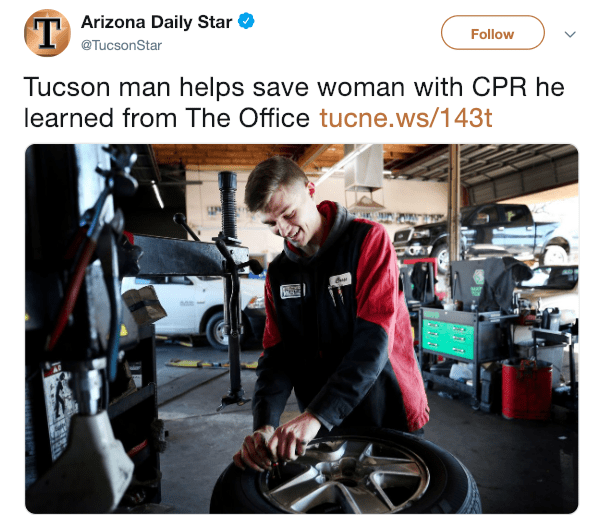 A 21-year-old man named Cross Scott noticed a woman passed out in her car with her lips turning blue in Tucson and jumped right into action. Scott (last name a coincidence? I think not) broke a window in the car to get to the dying woman. He said, “I’ve never prepared myself for CPR in my life. I had no idea what I was doing.”

But Scott remembered the CPR episode of The Office and began to do chest compressions to the rhythm of Stayin’ Alive, all while singing aloud. The woman regained consciousness and began to breathe after one minute.

The woman was taken to a hospital and members of the Tucson Fire Department said that Scott’s heroic actions likely saved the woman’s life. 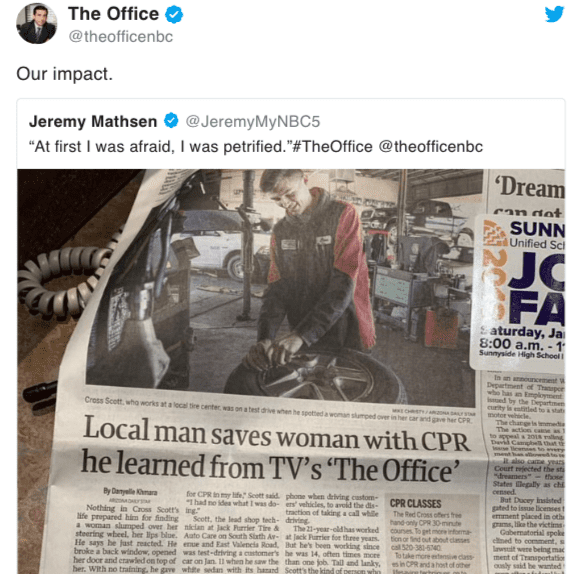 Here’s the full clip from The Office.

See, all those hours spent in front of the TV weren’t for nothing!