In 1995, eBay founder Pierre Omidyar listed a broken laser pointer for sale. It sold for $14.83, and Mark Fraser became the website’s very first buyer – but far from its last.

“I believe that people are generally good, and I felt that we should have a community that embraces a system of values.” Pierre Omidyar

Until the recent eBay Seller Summit, though, Mark’s identity – and the reasons behind his apparent interest in broken laser pointers – had remained a mystery. But at the Summit, as Omidyar answered questions about the early days of eBay, a surprise video from Mark played on the screen behind him.

Fraser, a confessed electronics’s geek, was building his own laser pointer when he kept running into roadblocks. A buddy pointed him toward a new website, he found a broken laser pointer he believed he could fix, and the rest is history.

At the Summit, Omidyar discussed the inspiration behind eBay – or Auction Web, as it was originally known.

“In the early days of the web, corporations were taking to it in droves, but nobody out there was really talking about using the web to empower other people. We started out by trying to bring the power of the Internet to regular people, not just corporations.” 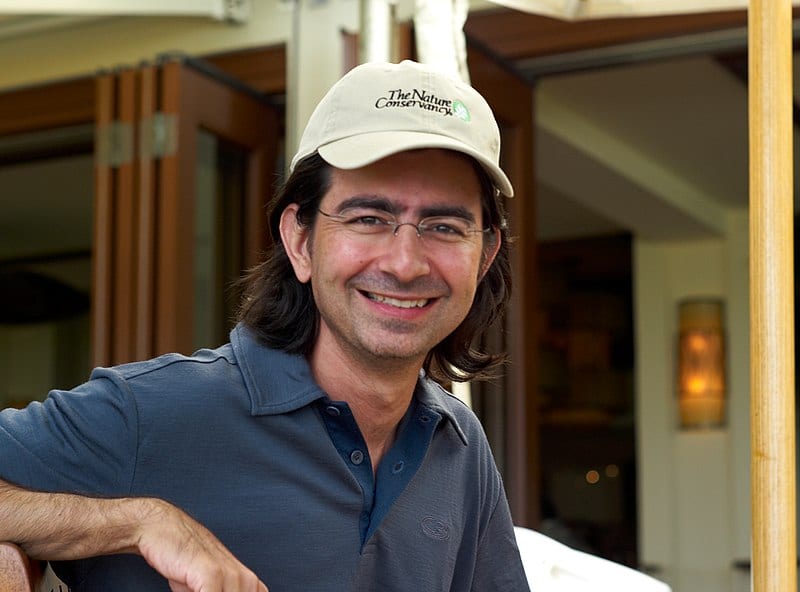 In those days, people sent payments that were coins taped to index cards, but in musing on how he was sure his idea would eventually take flight, Pierre said that he had to believe that “people are basically good.”

“I believe that people are generally good, and I felt that we should have a community that embraces a system of values.”

His idea – and that fundamental belief – can be seen in any number of “garage sale” type sites all over the web, including a big portion of Facebook.

Even Pierre admits that he wasn’t right about everything along the way – like the time he figured a seller listing a 1952 Rolls Royce was out of his mind.

“It was a great listing, but I kept looking at it and thinking that nobody will ever buy a car online.”

Now, in the U.S. along, a car or truck is bought on the eBay mobile app every four minutes.