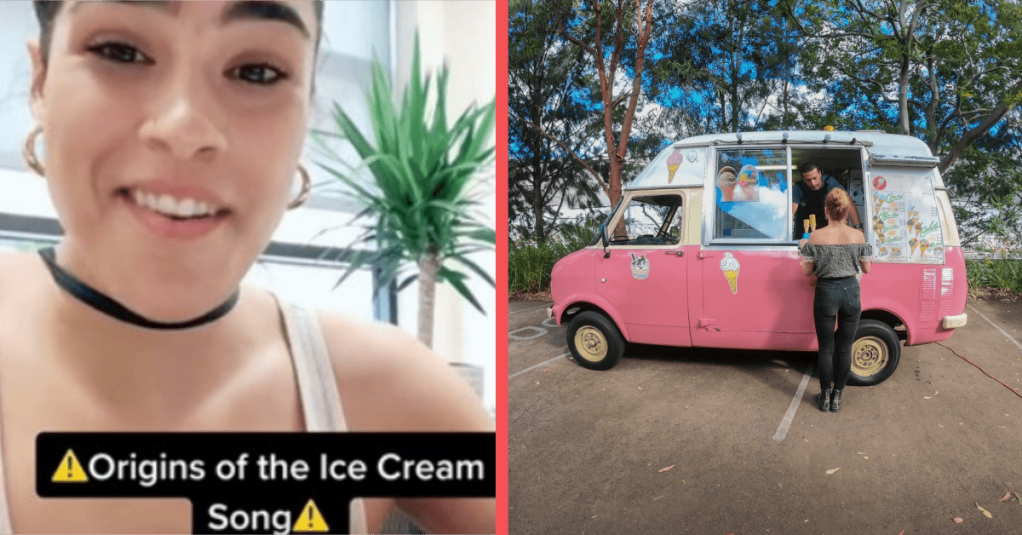 The Racist Origins of the Ice Cream Truck Tune

If you’re like me, you’ve probably never thought too hard about why the ice cream truck rolling through your neighborhood plays that familiar, jaunty tune to call all the kids out into the street.

Here’s the truth: like most things that can seem random to a majority of white people in America, the tune and its origins are decidedly racist.

A woman named Vanessa Blackwell recently learned about the song’s origins herself, and instead of going “wha the fresh hell” to herself, telling some friends, and moving on, she decided everyone needed to know.

“I was researching for one of the many series I have done on TikTok, and there was a link to a video that was exploring racism in tunes we all grew up singing and ones that most kids still sing today.

I started scanning scholarly sites and articles and was in awe that there is ample information on the origins of these songs.”

So, she made a TikTok sharing the information about the horrible ice cream truck tune, and despite TikTok attempting to remove the audio because of “racist slurs” she’s racked up over half a million views.

The video has also been shared by some big time celebs like Viola Davis.

After Viola’s share, other celebs and regular people came forward saying they had never been told, and had never realized, the racist origins of the song.

Vanessa is “absolutely not, even in the slightest” surprised. We tend to just accept things as they are, not asking too many questions, until someone points out a problematic thing.

Now that we know, what do we do?

Well, first of all, we definitely don’t want to sing that song, or teach it to our kids.

And eventually, idk…maybe stop blasting it from ice cream trucks all over the country.