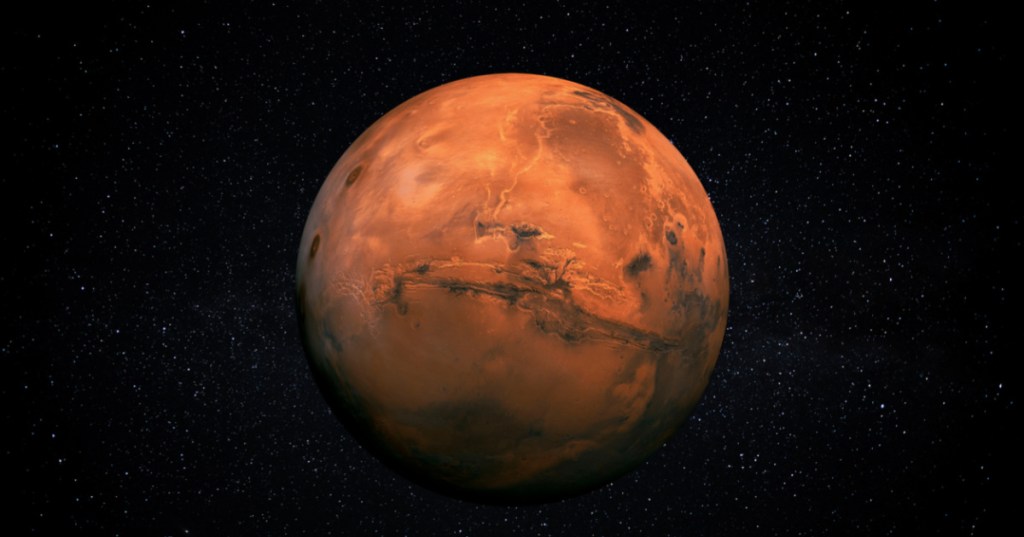 The “Red Planet” Isn’t as Red as You Might Think

Mars has gotten the nickname “the red planet” because of the way the surface shows up a rusty color in the images we get from the many NASA probes and expeditions we’ve been lucky to successfully launch.

What if I told you, though, that’s it’s really just the dirt – that the redness of the planet is actually only a few millimeters thick?

The close tie between Mars and the color red is nothing new; in Sanskrit, the word for ‘red’ and ‘Mars’ are literally one and the same. In Egyptian, too, the word for the planet means “red one,” and even with all of the great photographs we have now, all we see is red everywhere we look. 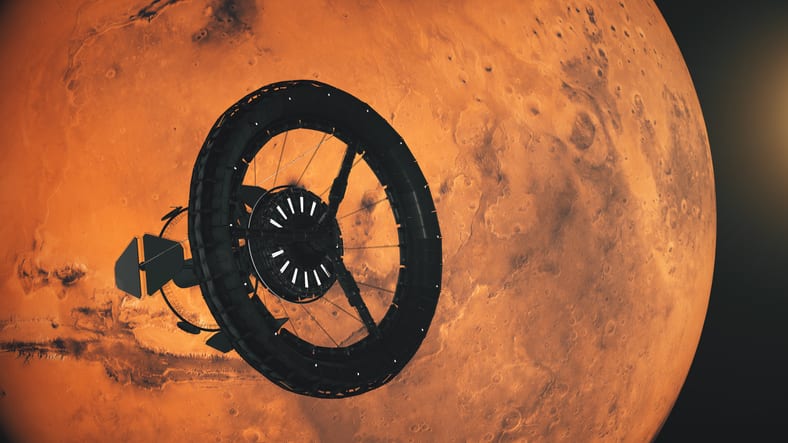 The red is likely the result of dust particles in Mars atmosphere, which is much thinner than the one on Earth and allows for greater absorption at short optical wavelengths than at longer ones.

The dust on Mars is high in reflectivity, represents bright soil deposits, and is rich in iron – which is to say, it contains large amounts of ferric oxides.

The most common type of dust is made from nano-crystalline red hematite, and is made up of small enough particles that the rapid Martian winds have no trouble sweeping large amounts of it around and even up into the atmosphere.

They also continually sweep over the surface, changing the landscape and features in both color and shape on a regular basis. 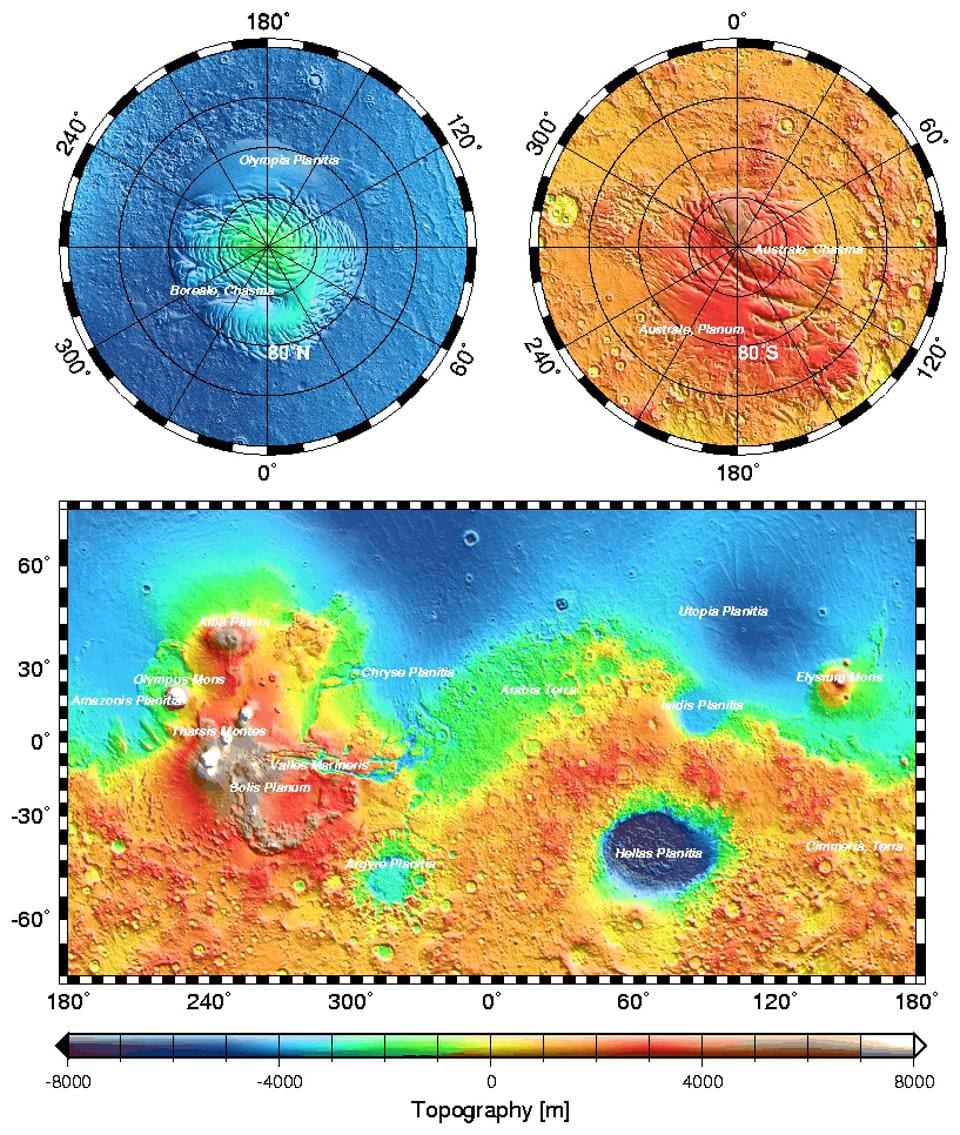 Then two scientists, one of whom was Carl Sagan, figured out why – the red layer we see on Mars’ surface is just a thin dusting of, well, dust and sand. It easily travels short distances, moving from higher to lower elevations or staying on like elevations, and is often blown off areas with steeper slopes onto flatter ones, changing the brightness of the color briefly.

The layer of dust that gives Mars its color, then, is only a few millimeters thick – even at its thickest, in the Tharsis region, it’s only around 7 feet deep.

More recent expeditions involving landers and rovers on Mars have proved, of course, that the red of Mars isn’t uniform at all, with much of the planet appearing more orange or even a butterscotch yellow up close and personal, with rocks and other deposits showing up an average brown, tan, or gray upon closer inspection. 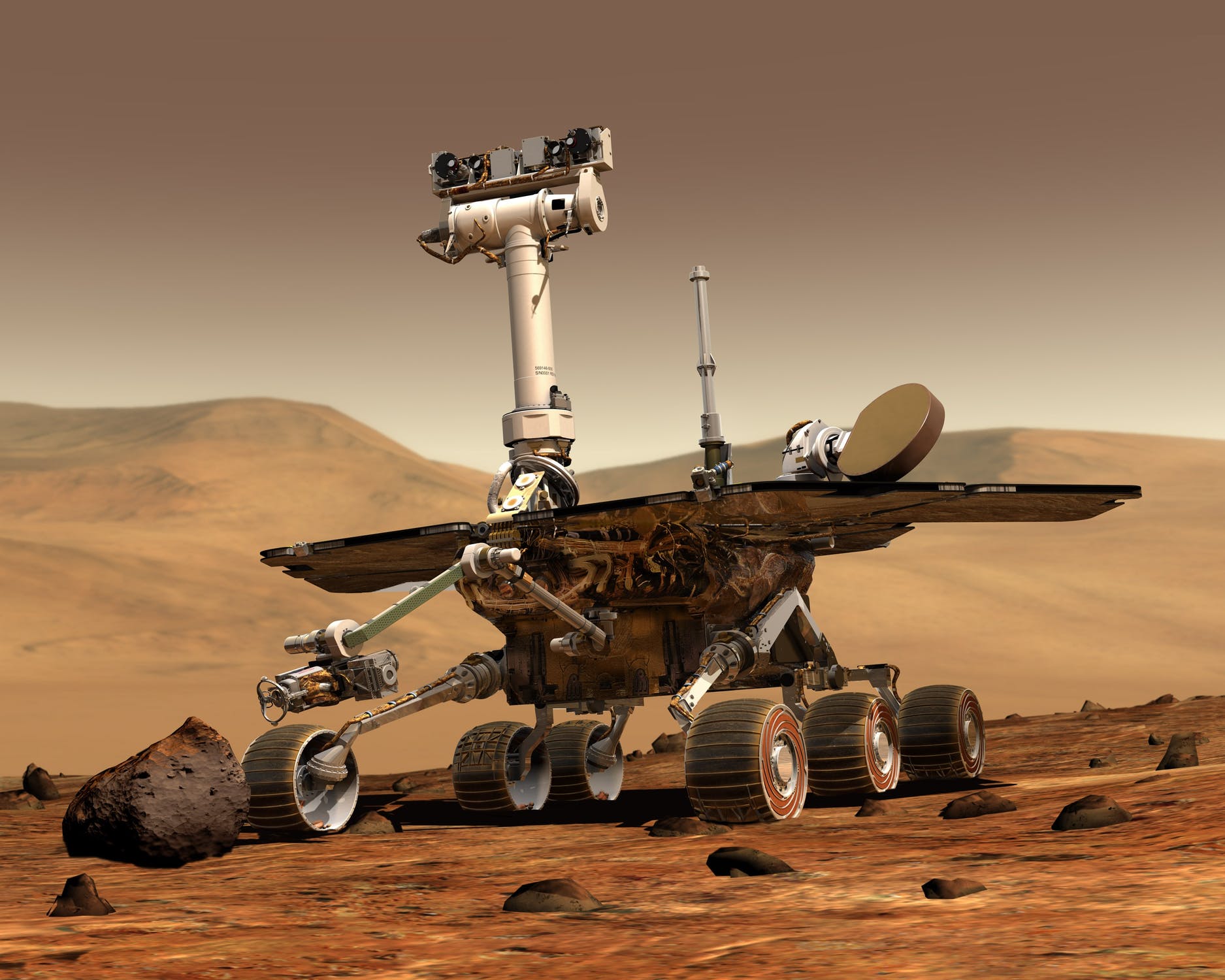 If we could wave a magic wand and calm the planet’s atmosphere for long periods of time that dust would settle, and all of those other colors would be visible across the planet, much the way that blues and greens and whites dominate images of Earth from outer space.

Scientists are still looking to figure out the process by which those red hematite particles form, and in big enough quantities to turn the far away pictures red in the first place.

Which means that Mars will probably forever remain the red planet, because it’s the only color that reaches our eyes.

Until, of course, we have the opportunity to relocate there ourselves. Then, we’ll be able to see all of Mars’ true colors for ourselves.