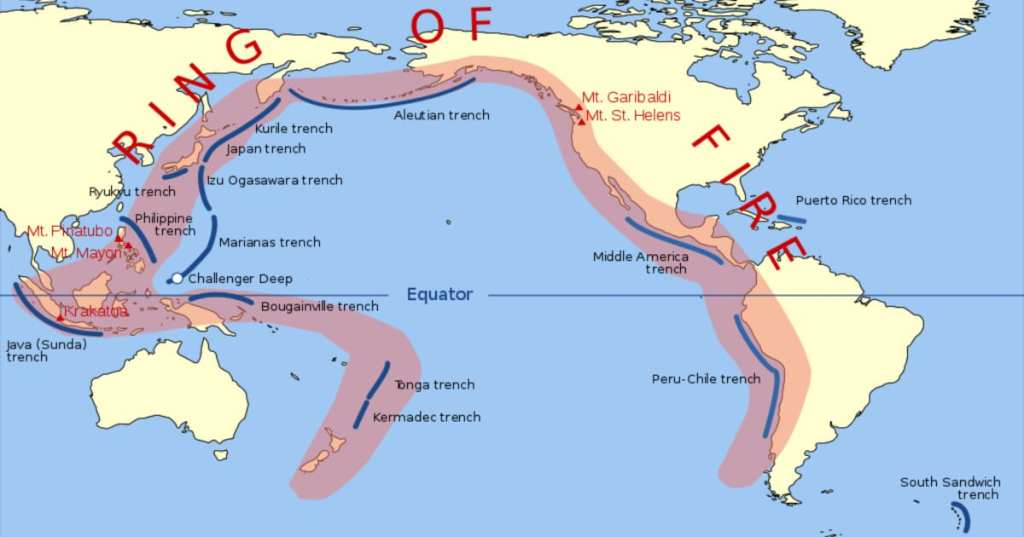 The World’s Deepest Underwater Trench, and 5 Other Facts About the Pacific Ocean’s “Ring of Fire”

There’s nothing quite as fascinating as the deepest, darkest parts of the ocean. We have no idea what’s down there, for one, and the mythology and lore surrounding spots like the “ring of fire” in the Pacific are enough to pique anyone’s curiosity.

The “ring of fire” is a vast loop of volcanoes, trenches, and other seismically active delights that run all through the in-aptly named Pacific Ocean. Those 24,900 miles are where the majority of the world’s earthquakes and volcanic events take place.

If you’re chomping at the bit to learn more, don’t worry – we’ve got 6 great facts for you below!

6. It could help set up a new “supercontinent.” 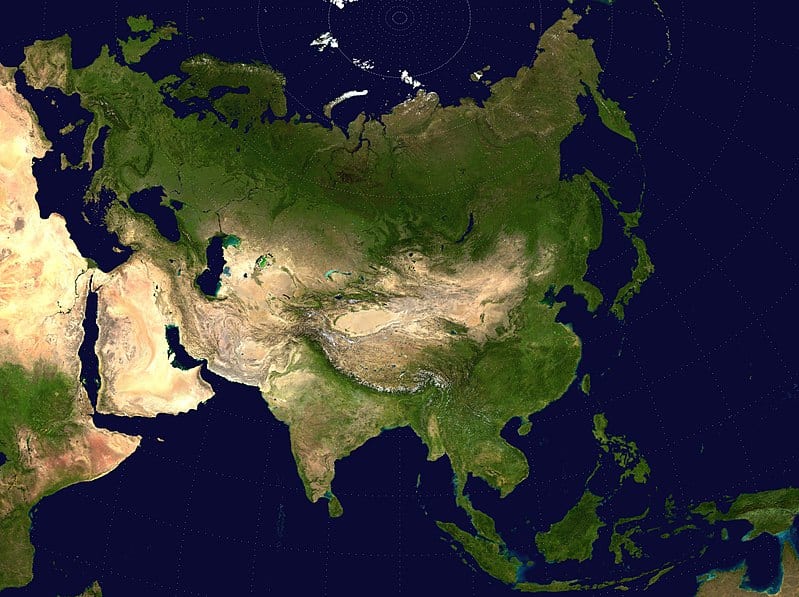 The Pacific has so many subduction zones that it should shrink significantly over the next 250 million years, bringing Asia, Australia, and both Americans together again.

As with most far-off science, there’s no consensus – others think the Atlantic or Artic Oceans will disappear first.

5. It touches more than 15 countries. 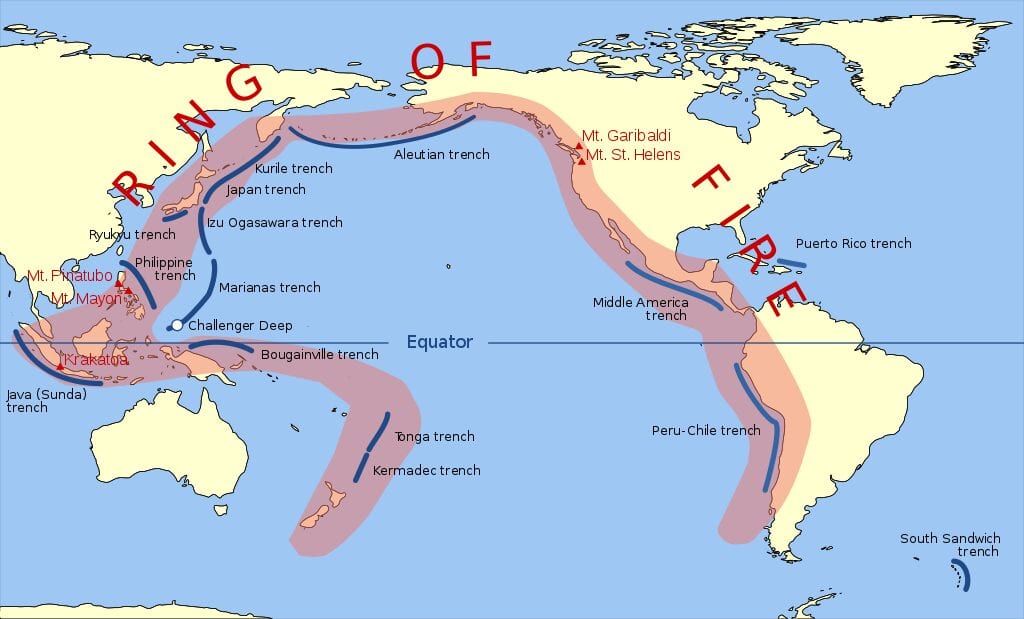 The “ring of fire” touches the western coasts of South, Central, and North America, sweeping up toward Alaska before ambling by Russia and through Japan.

From there, it lines up to hit the Philippines, Indonesia, Papua New Guinea, and New Zealand on its worldwide tour.

It ends in a number of volcanoes near northwestern Antarctica.

4. It produces a ton of geothermal energy. 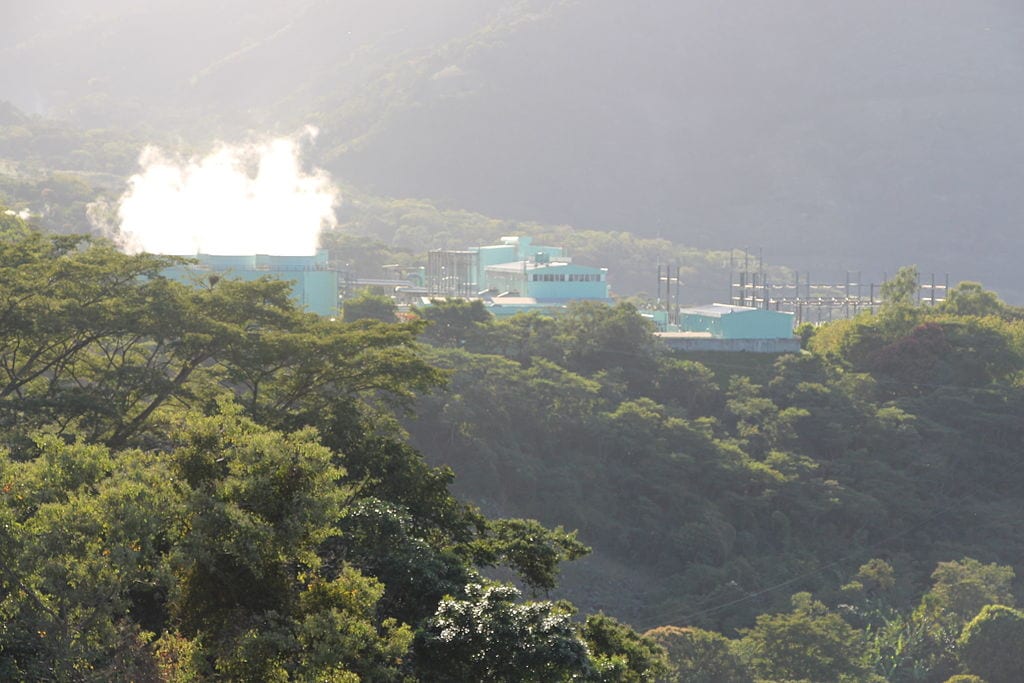 The interior of our planet is a source of nearly endless renewable energy, none of which emits greenhouse gasses.

The United States, Indonesia, Japan, New Zealand, and the Philippines have all capitalized on these natural hot water reservoirs for years.

3. It all comes down to plate tectonics. 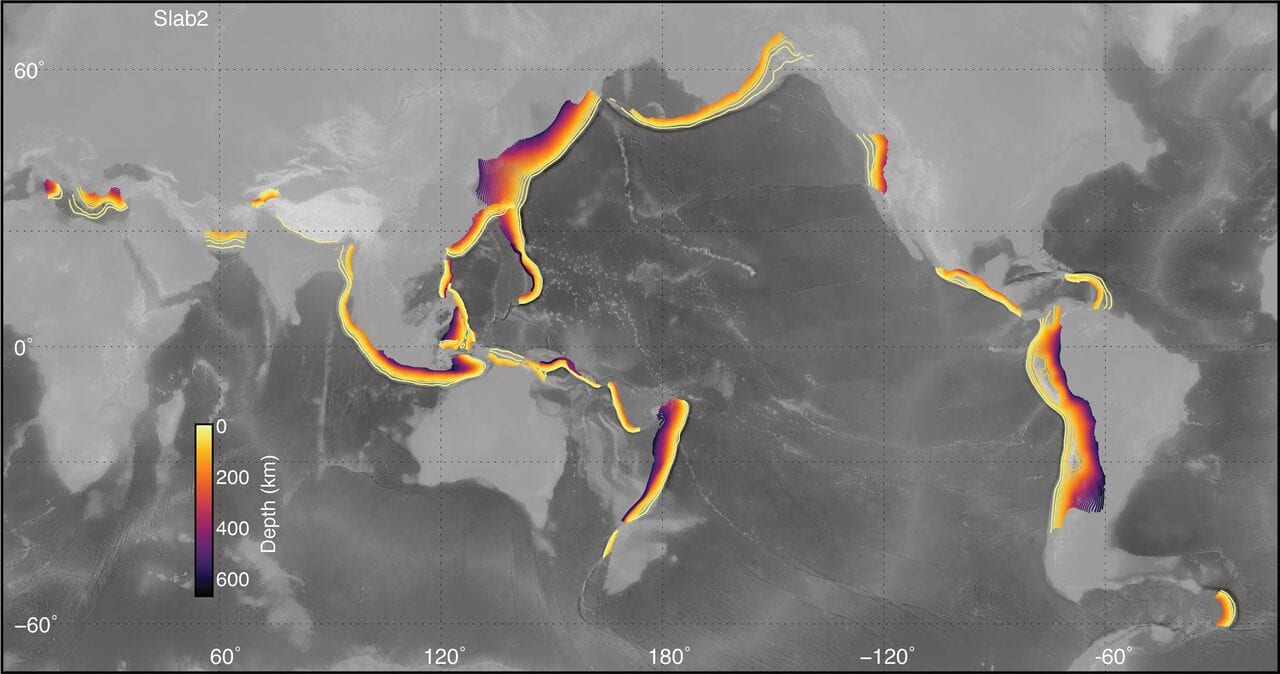 The planet is divided into 15-20 tectonic plates that drift over molten lava-like stuff that exists deeper inside the earth. There are three types of boundaries between them, and the “ring of fire” are home to all three.

The huge Pacific Plate is bring pushed away from four others by the another type, the East Pacific Rise.

And in California we have the transform boundary, where two plates sideswipe each other horizontally. The friction is what causes earthquakes. 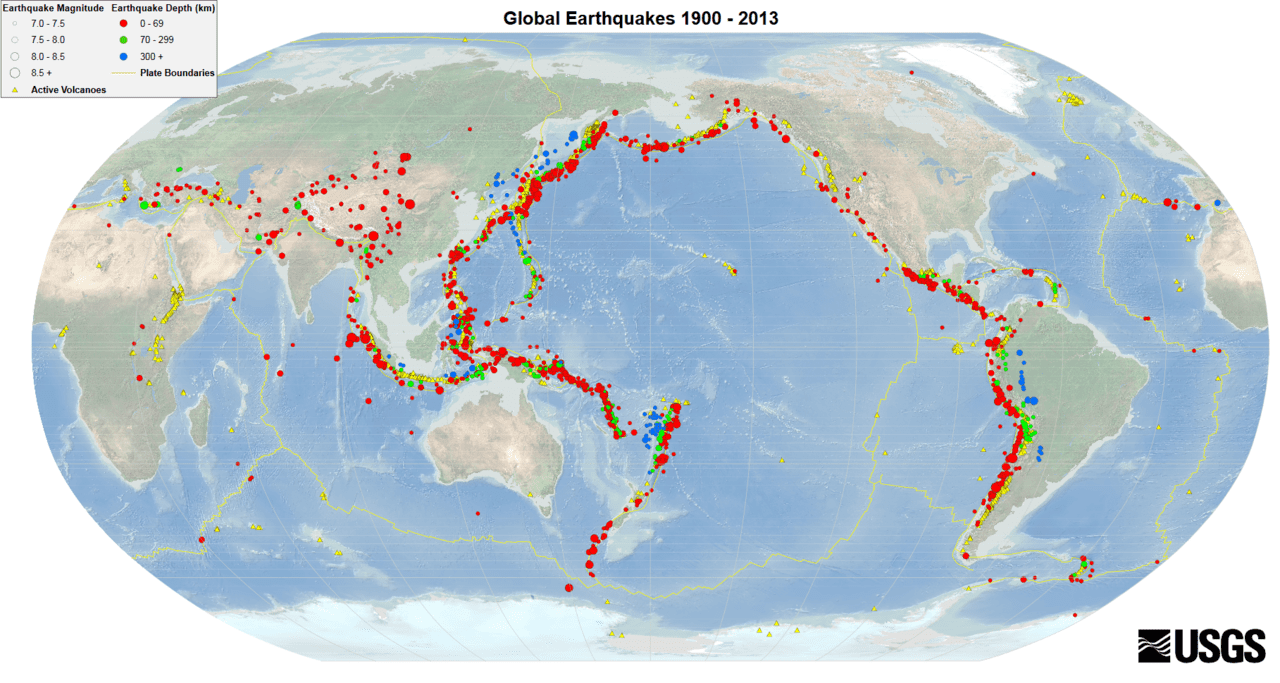 There are around 452 active and dormant volcanoes through the “ring of fire,” which accounts for around 75% of the world’s volcanic activity.

90% of the world’s earthquakes occur in the general area, with some of history’s most shocking natural disasters all originating around the area’s volatile tectonic boundaries.

1. It’s home to the Mariana Trench. 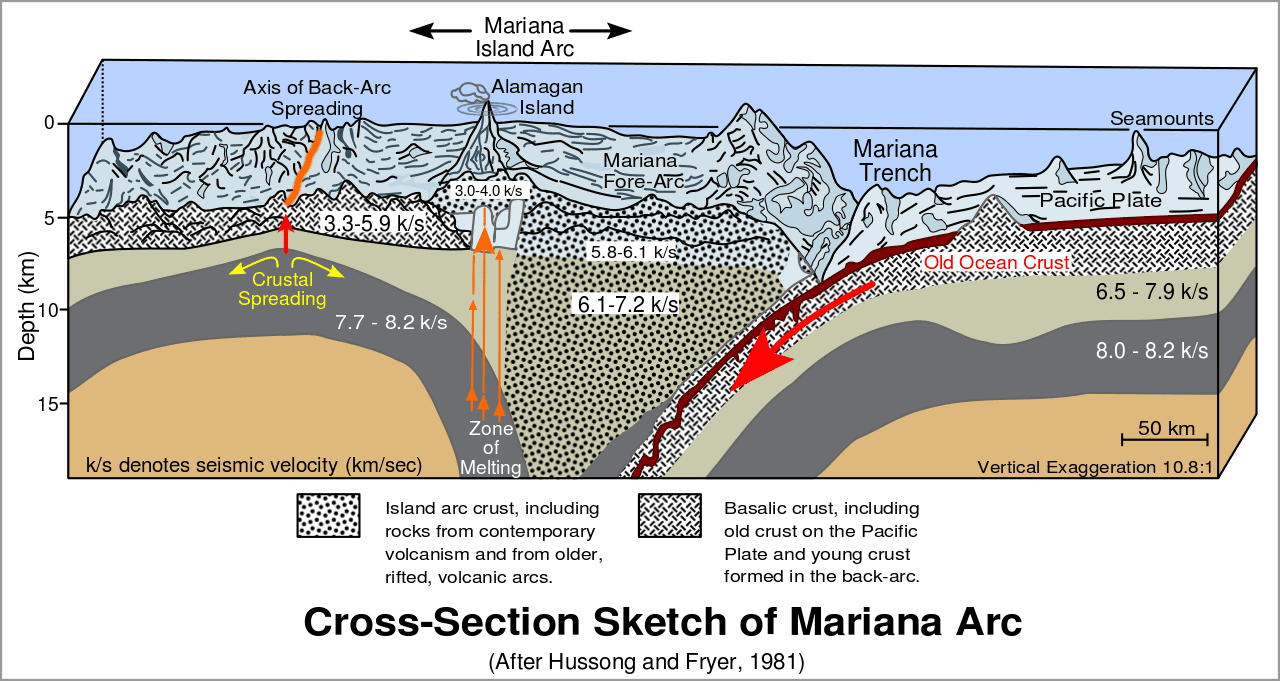 A convergent boundary appears when plates collide head-on, and an excellent example sis how the Nazca plate is currently being driven underneath the South American continental plate. The ensuing subduction zone is setting off earthquakes like crazy, while lifting mountains and causing volcanoes to erupt at the same time.

The giant Pacific Plate is being overridden by the Philippine Sea Plate and creating the Mariana Trench, a yawning underwater chasm that’s deeper than Mt. Everest is high. The deepest part of the Mariana Trench, the “Challenger Deep,” has been measured at 36,070 feet below sea level.

The more you know, right?

Good luck to your opponents at your next night of Trivial Pursuit – they’re gonna need it!