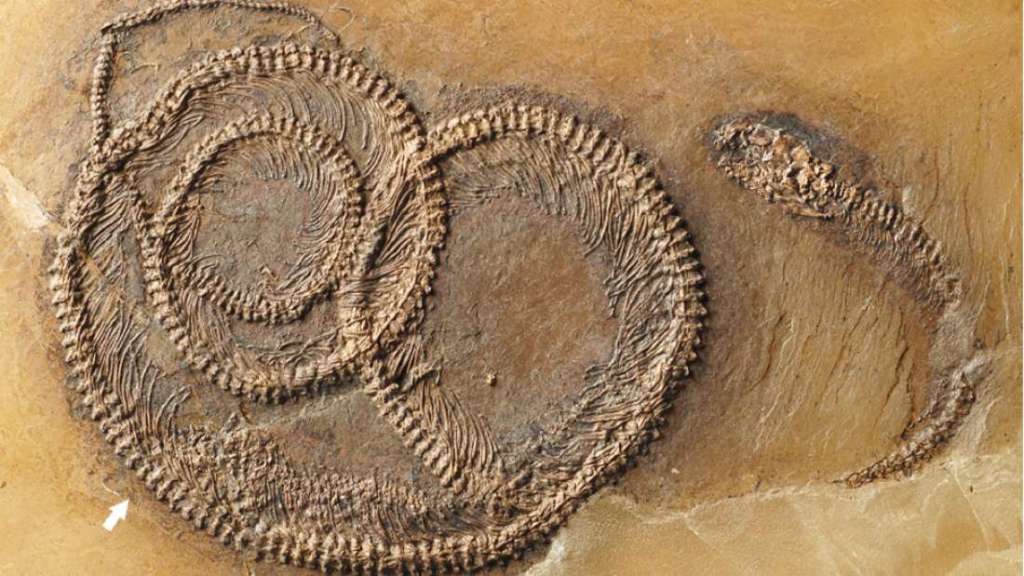 There’s a Fossil of a Bug Inside a Lizard Inside a Snake. Yup.

Everyone knows fossils can be preserved bones or footprints. Sometimes, though, they come in the form of a bug within a lizard within a snake, all perfectly petrified in a volcanic lake.

About 48 million years ago, an ancient iguana was chillin’, maxin’, relaxin’ all cool one day in prehistoric Germany. It had just managed to find a colorful insect for lunch. Unfortunately, the innocent lizard was eating its last meal.

That moment, a young Palaeopython fischeri snake struck. The tree-dwelling snake slithered out from the shadows, reared its head and lunged, managing to grab a two-for-one special and nom on both the lizard and its lunch. 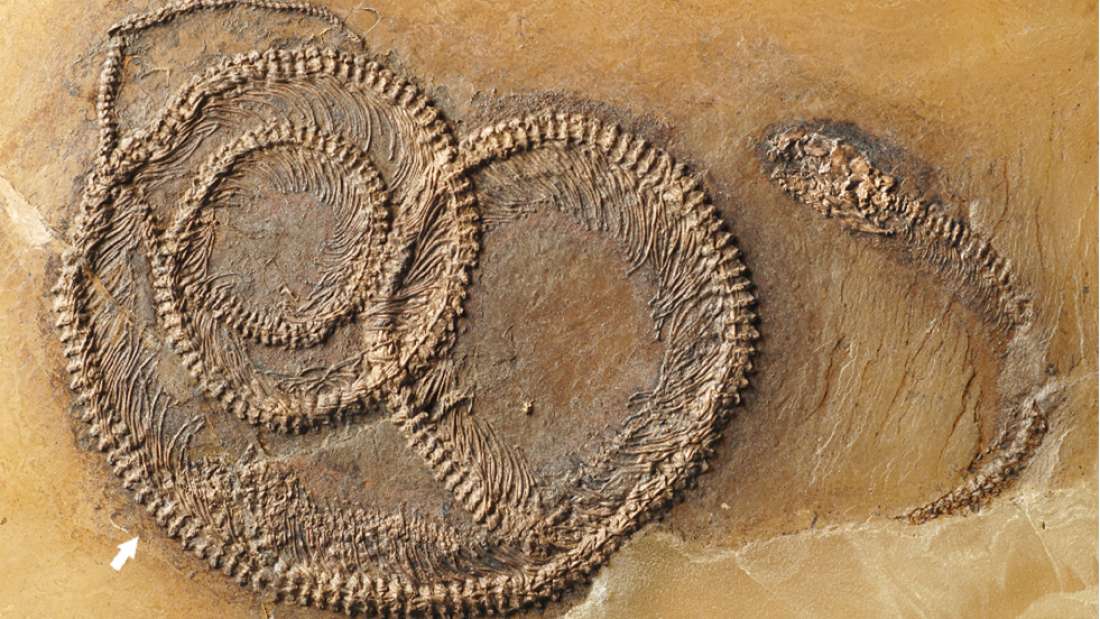 Unfortunately, Google Maps didn’t exist back then. If it had, perhaps the snake wouldn’t have fallen into the Messel Pit, a formerly active volcanic lake spewing out sulfur and carbon dioxides. The snake was not alone – many poor creatures inhaled the deadly gases, were overcome by the fumes, and died in the oxygen-deprived waters.

The Journal of Palaeobiodiversity and Palaeoenvironments published a study describing the bug, the lizard, and the snake in detail. The paper’s co-author Krister Smith was amazed with the find:

“It’s probably the kind of fossil that I will go the rest of my professional life without ever encountering again, such is the rarity of these things,” he told National Geographic. “It was pure astonishment.” 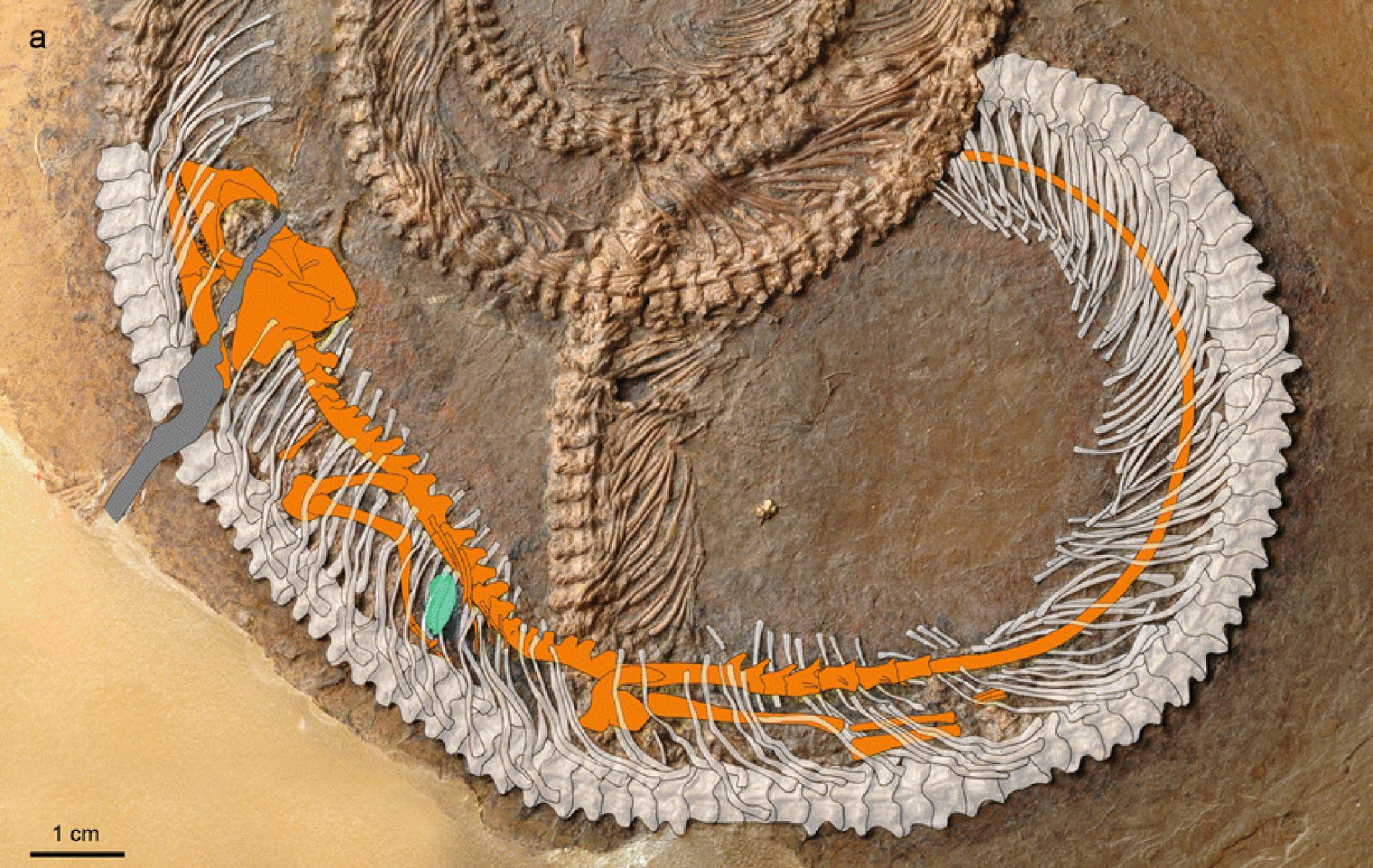 The Inception meal-within-a-meal feature wasn’t immediately obvious at first glance – powerful CT scans revealed the truth. The iguana-like lizard was successfully identified, but the bug’s species designation remains a mystery. Either way, it’s a completely mind-blowing fossil that reveals a never before verified ancient food chain of predators and their prey.