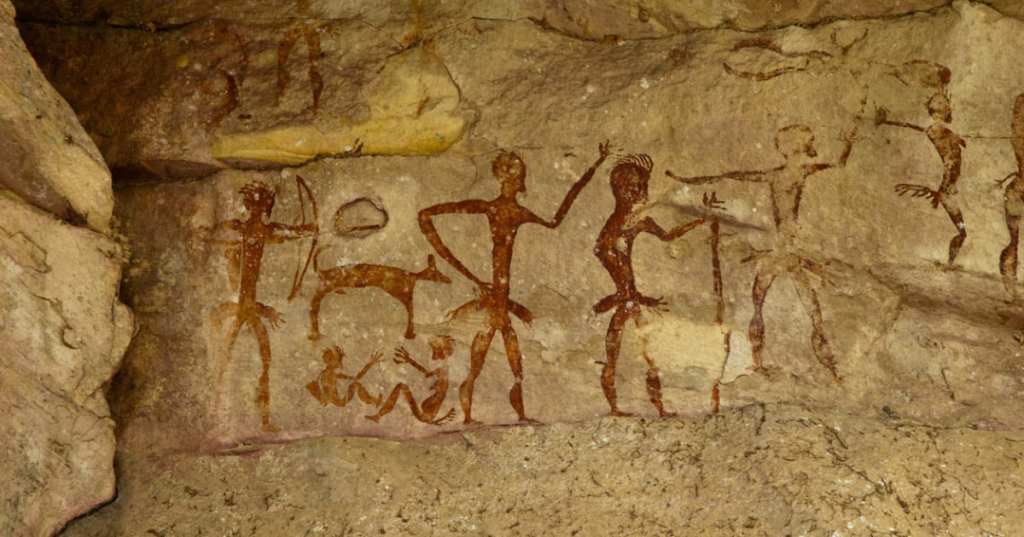 As if archaeology wasn’t amazing enough, discovering human footprints that are 115,000 years old, they have to go and bring us a pretty enticing mystery, too – like, why are these footprints where they are, and who made them? What can they tell us?

In short, that homo sapien wandered the Arabian Peninsula far earlier than we’ve ever thought before now.

The seven footprints were found pressed into the land around an ancient lake bed in northern Saudi Arabia, according to National Geographic. Archaeologists spotted them while studying the nearby impressions left by animal paws and hooves that also surround the extinct body of water – it was a popular gathering place for elephants, camels, buffalo, and the precursor to modern horses. 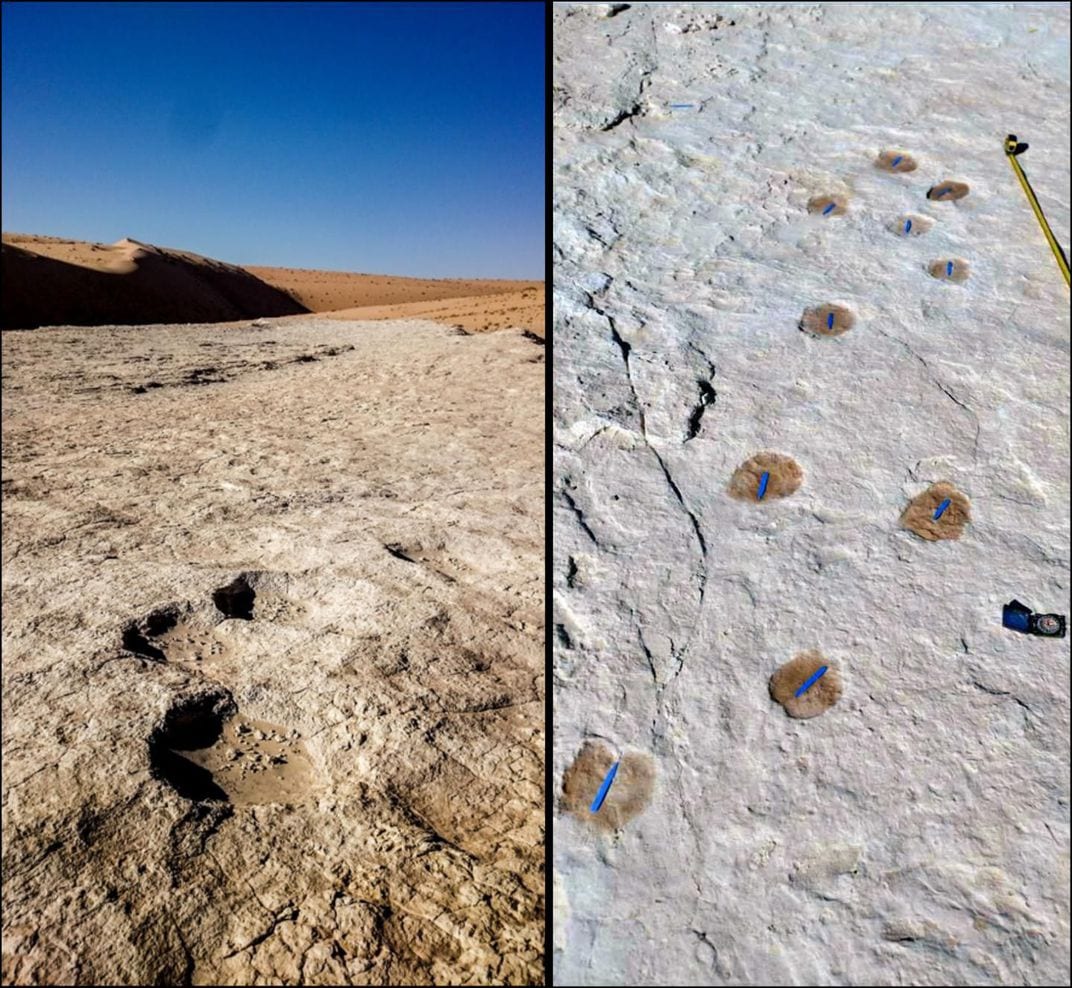 The resulting analysis, published in Science Advances, argues that modern(ish) humans made the impressions between 112,000-121,000 years ago, which would make them the oldest ever found on the Peninsula.

They believe the findings, if confirmed, could help us trace the routes ancient humans followed as they first stepped outside of Africa.

The majority of non-African people in the world today descend from people who left the continent in huge numbers around 60,000 years ago.

Researchers have long posited that smaller groups of Homo sapiens could have ventured out prior to the mass migration, and these footprints seem to point to that likelihood being true. 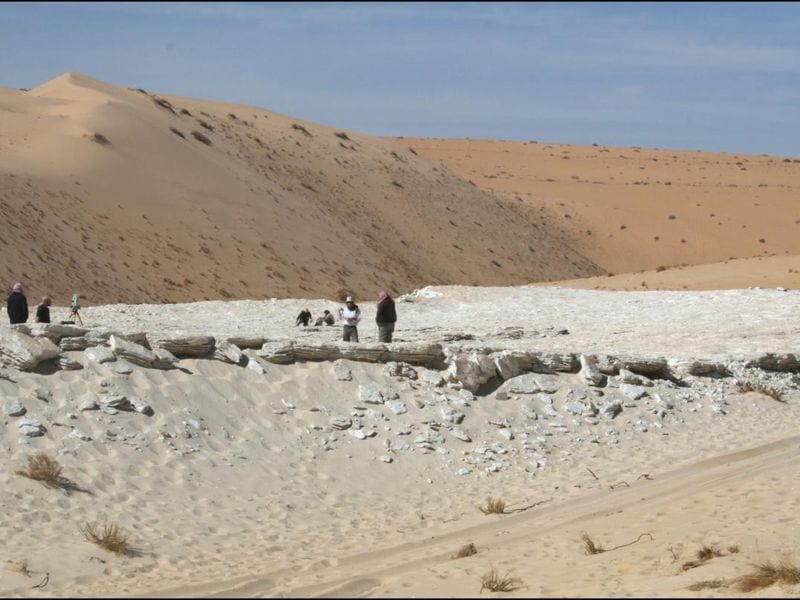 The lakebed also yielded 233 fossils that prove the area was likely greener and wetter during the time period – it would have looked more like a savanna than an arid desert to our ancient relatives, says study co-author Michael Petraglia in a statement.

“The presence of large animals such as elephants and hippos, together with open grasslands and large water resources, may have made norther Arabia a particularly attractive place to humans moving between Africa and Eurasia.”

Evidence – or lack thereof, when it comes to any hunting or other tools in the area – points to the humans’ visit to the area being a stopover and not a permanent settlement.

If you’re wondering about Neanderthals, those distant cousins of ours, the scientists involved admit the tracks could belong to them, but state the longer tracks appear to have been made by taller, lighter hominins.

The fact that the footprints came from the last interglacial period, when the climate was warm and wet, also point to them belonging to Homo sapien, says lead author Mathew Stewart.

“It is only after the last interglacial with the return of cooler conditions that we have definitive evidence for Neanderthals moving into the region.

The footprints, therefore, most likely represent humans, or Homo sapiens.”

So, there you have it, folks – history is being uncovered literally every day, and our human ancestors continue to be as mysterious and fascinating as the people we know and love today.

A lot has changed, but not everything.

People a hundred thousand years ago also enjoyed a road trip with friends.