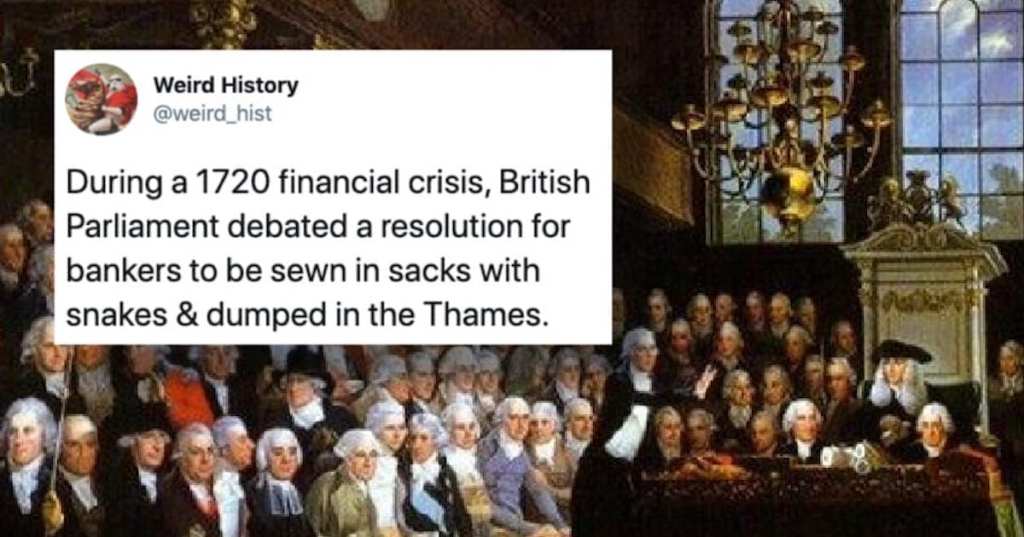 Despite the feelings of students the world over, human history is anything but boring. It’s littered with people, after all – full of quirks, attitudes, beliefs, passions, and all the rest.

Too often, studying history is taken to meant “memorizing crap,” when really, facts like these 15 are the reason we should force kids to learn it to begin with – because what we really need to understand is how we’ve always been more alike that we are different.

And it shows in your art.

13. The destruction is hard to control at a certain point.

The ruins of Dresden after WWII. The late war bombing was completely unnecessary on a city of no military value. pic.twitter.com/b6cpqa8zGH

I bet there was one for ice skating, too.

The Vikings had a god of skiing. pic.twitter.com/F2XkAozh2P

And I doubt the appreciated it.

It’s the context, not the photo itself.

Pocahontas is the only Disney princess based on a real person. English painting from her wedding: pic.twitter.com/2Sr8gAy2aW

You kind of get where they’re coming from, right?

During a 1720 financial crisis, British Parliament debated a resolution for bankers to be sewn in sacks with snakes & dumped in the Thames. pic.twitter.com/DGTwmtKteq

Which is appropriate, I guess.

Anti-aircraft tracers lighting up the sky during a WW2 night air raid off Okinawa, 1945. pic.twitter.com/M3OgYBt2ye

That’s why we need wine in the first place.

A feast hosted by the Duke of Burgundy in 1454 featured at statue dispensing wine from her breast, guarded by a chained lion. pic.twitter.com/C1q5K2t9Q4

6. I wrinkled my nose at this picture.

Humans are so gross sometimes.

Working at a textile mill in Birmingham Alabama, 1910. pic.twitter.com/u44aOZixEp

5. I would like to know more about him, please.

Time for a movie or a book – something!

The last king of Hawaii was elected by a vote of the people. He traveled the world and popularized Hula, the ukulele, and surfing. pic.twitter.com/47bCvIv2Ty

British suffragette Sylvia Pankhurst being arrested for a 1912 protest in Trafalgar Square. pic.twitter.com/m73FzgFMmf

3. That is one bizarre image.

I can’t stop staring at it.

Rowing on the Paris streets after the Seine River flood, 1910. pic.twitter.com/pTUnqLmdQW

The women were probably not sad.

Nikola Tesla hated pearls so much that he refused to talk to women wearing them. pic.twitter.com/KnEfHfN4hQ

1. We rarely get Latin right these days.

It’s understandable, I guess, but the Romans would scoff.

Decimated is often used as 'obliterated', but it really means only 10% destroyed (1 in 10 Roman soldiers killed). pic.twitter.com/SePApDPaGw

Some of these just slay me, even if it’s not the first time I’ve heard them.

What was your favorite fact out of this group? Share with us in the comments!