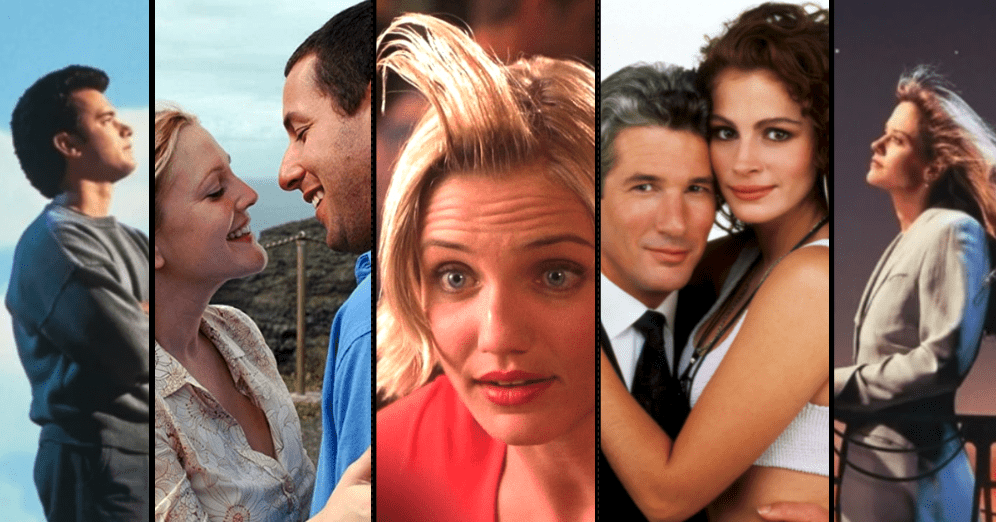 These Are the Top 25 Highest-Grossing Romcoms of All Time

I don’t know about you, but I love a good romantic comedy. There’s something so familiar and comforting about the formula, and the promise that there’s going to be a happy ending. That’s the way we like it – some endearing characters, a fun setup, some laughs, and then the payoff we’ve all been craving since the beginning.

There are a million of them out there in the world, but when all of the pieces come together just right, it’s like lightning in a bottle – something these 25 romcoms, which grossed a good amount of cash, had in spades.

Jennifer Lopez plays a hotel maid who falls in love with a high-profile politician in a script written by the illustrious John Hughes.

Despite being the last entry on this list, it grossed more than $100 million more than its budget.

Ginnifer Goodwin, Justin Long, Ben Affleck, Bradley Cooper, Jennifer Aniston, and others star in this sweet and varied comedy about what it means to fall in love, to stay in love, and when it can be just as important to let go of the expectations society places on the whole thing.

There’s no telling why the first (and superior) Princess Diaries movie isn’t on this list, but at least one of them made it – in this second installment Anne Hathaway’s Mia Thermopolis needs to find a husband so that she can take over ruling her grandmother’s kingdom.

One of the rare romantic comedies that earned award recognition (including a surprise win for Best Picture at the Oscars), this take on Shakespeare stars Gwyneth Paltrow, Joseph Fiennes, Judi Dench, Colin Firth, Geoffrey Rush, and others.

If you haven’t seen it, you should definitely make time.

One of two Adam Sandler entries on the list, this one stars him, Brooklyn Decker, and Jennifer Aniston.

In it, jaded womanizer Sandler convinces his employee and friend (Aniston) to pretend to be his ex-wife so that the girl he’s dating won’t think he’s a jerk.

Universally panned by critics, the star power of the cast convinced plenty of people to see it anyway.

If you’re a Sandler fan, by all means, check it out. If you’re not, you might want to avoid.

Many people call this romcom, starring Kate Hudson and Matthew McConaughey, their favorite of all time.

It could be the charming plot, where each character is keeping an important secret from the other that could ruin everything, that does it, but I rather think the chemistry between the leads carries the day.

This big budget, star-studded anthology-type film that follows several different characters and couples on a Valentine’s Day, was directed by Garry Marshall and destined for box office bliss.

If you want this movie-goers opinion, though, it doesn’t live up to the hype.

Meryl Streep, Lake Bell, Alex Baldwin, and Steve Martin star in this romantic comedy about what happens when the sexual spark reignites with your ex – who is remarried – and what you’re supposed to do with the other attractive man in your life.

The cast makes this one sing.

One of four Julia Roberts movies on this list, in this one she plays an actress very much like herself who is running from some embarrassingly bad press.

She ends up meeting, being charmed by, and briefly shacking up with Hugh Grant, and the rest is history.

The roommate, played by Rhys Ifans, steals every scene he’s in and is worth the price of admission.

One of the more depressing entries of the bunch, I don’t know that this could be considered a comedy (but nobody asked me).

Jennifer Aniston and Vince Vaughn star in a film about a couple who breaks up but continues living together when neither is willing to give up their shared condo.

This is one of those movies that shouldn’t work at all – it should be creepy and weird, in fact – but in the end it charms audiences and we just shrug and play along.

Drew Barrymore plays a woman who cannot form long-term memories after an accident. She falls in love with Adam Sandler – every single day – until they get married and even have a child together.

A grumpy Jack Nicholson, a young girlfriend, and Diane Keaton playing a fetching “older” woman make this story about an aging womanizer finally getting put in his place endearing (in its way).

Drop in a cameo or two by Keanu Reeves and you’ve got a winner.

This is one of the oldest movies on the list, but it definitely endures – one of the best Meg Ryan/Tom Hanks collabs out there (plus Nora Ephron, who can do no wrong), it pairs the sad and widowed Hanks with Ryan, who thinks “the one” must be waiting out there somewhere.

It’s creepy and stalkerish, but only if you overthink it.

He’s a single dad about to get engaged to Idina Menzel, until he stumbles across a woman he thinks is deranged and acting like a Disney princess (Amy Adams).

He helps her, because that’s the kind of guy he is, but he has no idea what he’s gotten into.

Adam’s character is actually a princess tricked and locked out of fairytale land. The evil queen and her real fiancee, James Marsden, will stop and nothing to find her and bring her home…if she still wants to go.

Another grumpy Jack Nicholson! That seems to be a popular setup for romcoms that work at the box office, and in this one he’s a romance author with OCD and the ability to piss off everyone who comes near him.

When his gay neighbor (who he’s been terrible to) needs someone to look after his dog while he recovers from a harrowing incident, Nicholson begins to soften – just what Helen Hunt’s character needs to be able to see beyond his mental illness and general demeanor.

Jonah Hill and Katherine Heigl play two pieces of a one-night stand that ends with a pregnancy.

They try to make it work, then try to just be there for the baby, and end up falling in love in the process.

Julia Roberts is back again, this time with Richard Gere. She plays a woman who gets engaged but always runs from the altar, only to be thwarted by a reporter (Gere) in town to watch her flee from yet another fiancee.

Tom Cruise and Renee Zellweger star opposite each other in this romance where a slick sports agent loses his job after a crisis of conscience.

Zellweger is the only person who sides with him when he leaves.

Together, they try to build a different kind of future.

It’s impossible not to love Sandra Bullock and Ryan Reynolds, and when you put them together in a fake dating plot?

A surprise hit (and a really good film), it takes place when Rachel goes home to Singapore with her boyfriend, Nick, only to discover that he’s considered one of the most eligible bachelors in the country.

By the end of that first day, though, she’d rather deal with a room full of socialites instead of his mother, who doesn’t think she’s good enough for her baby boy.

Another classic, this time starring Cameron Diaz and Ben Stiller, this movie is funny, quirky, and totally heartwarming.

Stiller has a longtime crush on Diaz and hires a private eye (Matt Dillon) to track her down, but after he does, Dillon attempts to steal her affections instead.

Will Smith plays a man who helps other men get women but makes sure never to fall in love himself – until he meets Eva Mendes.

There’s only one problem, though – she would hate him if she knew who he truly was.

Julia Roberts and Richard Gere are two of those stars whose coming together almost always makes magic, and this first movie – about a prostitute with a heart of gold and the rich man who plucks her from the streets – is pretty much a staple on any list of romcoms.

Who hasn’t seen this movie?

Mel Gibson and Helen Hunt star in this film about a horrible, chauvinistic advertising exec who suddenly has the ability to hear the thoughts of the women around him.

He plans to use the ability to bring down his boss, but things get weird when he starts to fall in love with her instead.

This movie came out of nowhere, but man, audiences everywhere could not get enough (there was even a sequel).

Longtime single Toula (Nia Vardalos) is thrilled to finally meet the man of her dreams (non-Greek teacher John Corbett), but the couple will have to navigate all of the traditions that come with marrying into her family.

It’s all about chemistry, people. I swear.

What’s your favorite romantic comedy of all time?