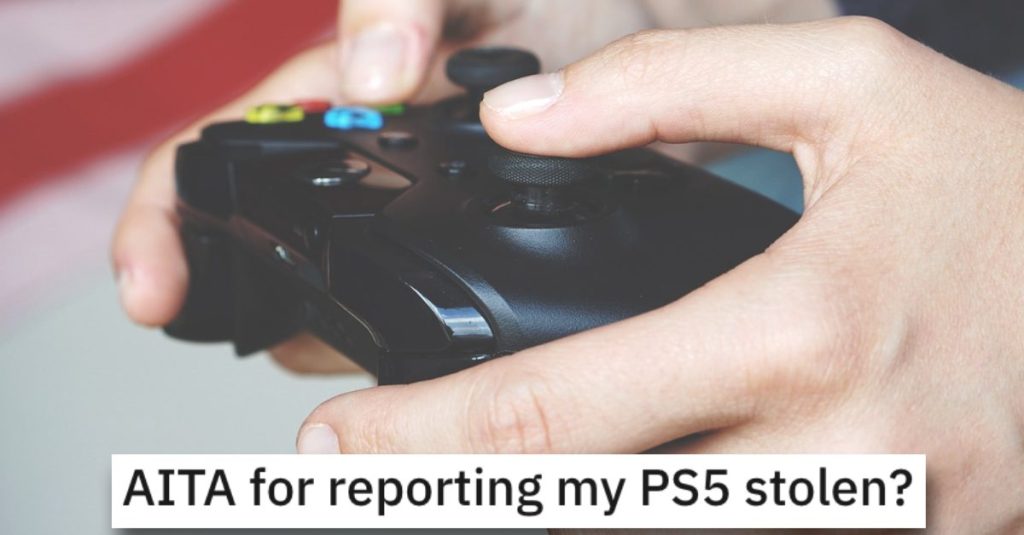 They Reported Their Sister’s BF for Taking Their PlayStation. Were They Wrong?

That’s where I stand, but maybe the lines aren’t so clear when it comes to actually reporting someone to the police…

Check out this story and see if you think this person acted like an a**hole.

AITA for reporting my PS5 stolen?

“I had my sister and her boyfriend Ted over for dinner they visited from out of town. The next day after they left my roommate noticed the PS5 was missing and he thought I took it to my room.

My roommate and I have a little camera set up on the tv and door area just in case because of the entertainment system. We saw Ted took it and I texted my sister and mom and they ignored me so I filed a police report. My sister and Ted are college students and Ted gets arrested for theft.

My sister told the police that there was a misunderstanding and she tried to stick up for him telling the police that Ted could borrow it and she gets arrested as an accomplice.

My mom is pi**ed off about the whole thing and is mad at me for going to the police but no one returned my text and stealing from anyone is cringe AF. Let alone your girlfriend’s brother after you just had dinner with him.

My sister is like Ted came from a poor home and he’s working on his mental health and I was wrong of me to contact the police before getting to know Ted better and both she and my mom are acting like I’m a huge bag of D for calling the police on Ted.”

One person said that they’re NTA and that Ted’s poor upbringing is no excuse to act this way. 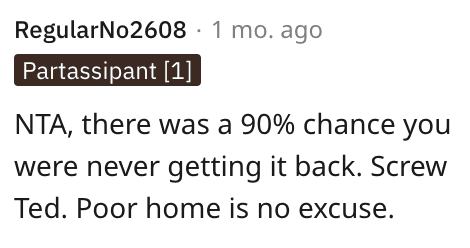 Another Redditor said they tried to work it out but the sister totally blew it here and is now paying the consequences. 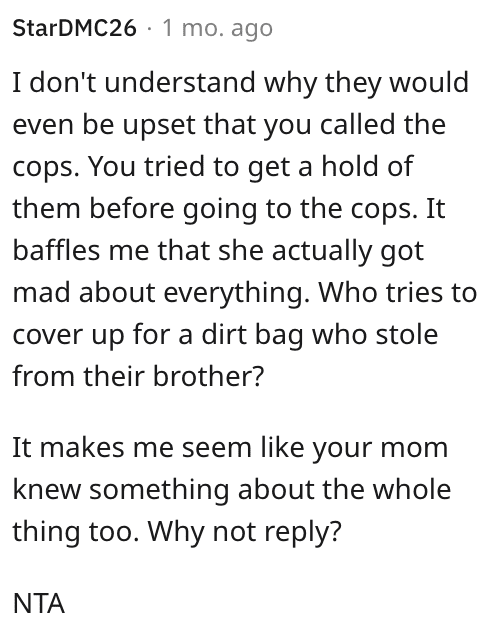 And this individual agreed and said they could have returned it but they instead chose a different route. 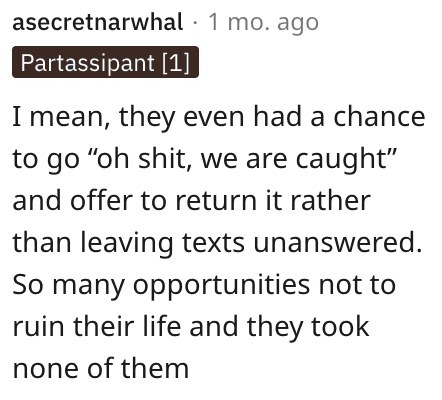