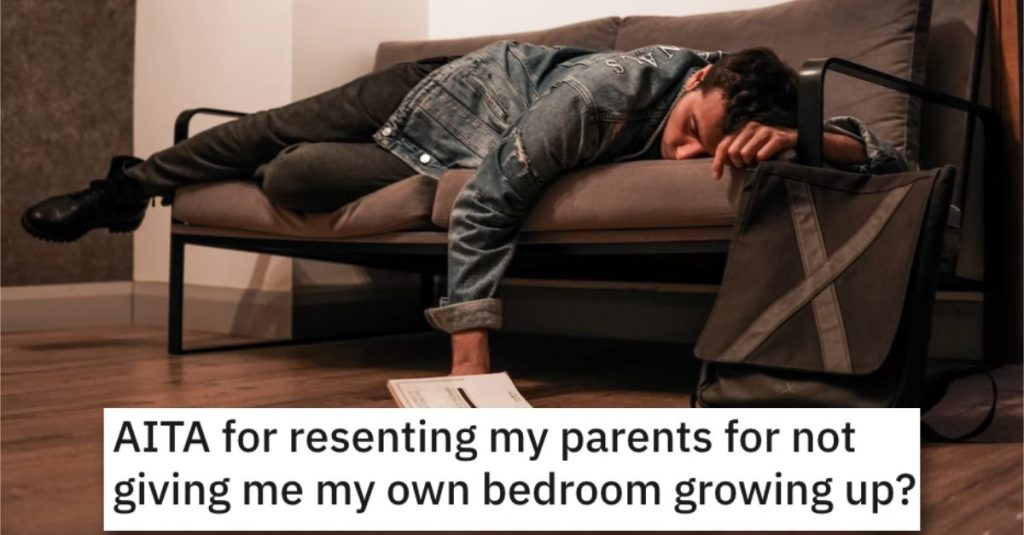 They Resent Their Parents Because They Didn’t Have Their Own Room Growing Up. Are They Wrong?

But this story is a little bit different…

So is this person wrong for resenting their parents because they didn’t have a room to themselves when they were growing up?

Let’s see what the heck is going on here…

AITA for resenting my parents for not giving me my own bedroom growing up?

They settled down in a nice neighborhood on the outskirts of a city. They specifically chose the apartment they purchased because it had a really nice view. The apartment was a 1 bedroom space.

They converted the dining room to be “my bedroom” it had a see through sliding door that connected to the kitchen. It was about a 5th of the size of their bedroom and did not have a closet.

Recently we were talking and I told them that it was clear that they valued a view over my privacy. They got offended and said I was being ungrateful.

If they were unable to provide me with my own bedroom I wouldn’t be resentful. Im upset because they made an active choice to have a nice view instead of giving me a bedroom. Our building was one of the most expensive in the area. They could have easily moved to a cheaper apartment with two bedrooms.

They say that I grew up privileged and shouldn’t complain since other people had it much worse. AITA and an ungrateful child?”

One person said they’re NTA and that they’d be resentful, too. 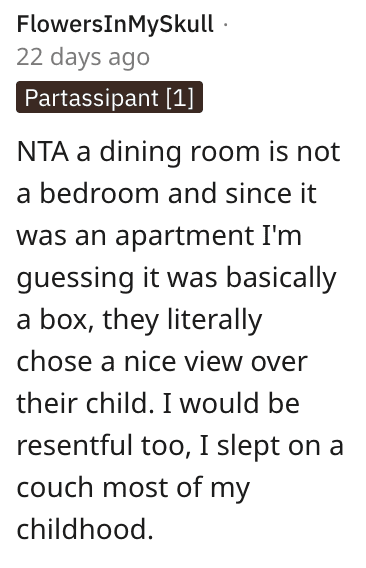 Another Reddit user said this shows what kind of values his parents had when they were growing up.

And this individual said this was just shi**y parenting.