We live in a scary world – things are really bad these days, and it’s sometimes hard to see the good news. Good news like how violent crime in the United States fell nearly 50% from 1993 to 2016, or how the number of people globally living in extreme poverty fell ~74% from 1990-2015.

Those stats are pretty amazing because it doesn’t feel like things are getting better, even though they actually are. Just goes to show you that society’s mood has a huge affect on our perception of reality, and that can make a pretty enormous difference to the things we believe – especially if the things we believe are just what we’ve been told by the people around us, or prejudices we’ve formed based on what seems right. When a myth is pervasive enough, it gets really hard to separate fact from fiction, so we’re swooping in to lend a hand!

This one has been floating around long enough that it’s been well lampooned by irritated millennial tweeters. But the fundamental premise – that millennials aren’t buying houses – is by now pretty much dead wrong. And 4 years ago, when it started being mainstream, it wasn’t just millennials who were skipping on houses, it was  everyone.

The often cited millennial counterargument – that we have too much debt and too low wages to buy houses – while true-ish, is not entirely an effective explanation.

Because millennials are finally increasing buying houses. In fact, homeownership rates are rising in the US because the millennial generation has gotten into the real estate market. It just took a while because of a little thing called the Great Recession, which tanked millennials’ job prospects and earning potential for a number of years. Many millennials are waiting until they feel financially secure (understandably), and then skipping over starter homes entirely – not an unwise move if you grew up in a world where home mortgages were dragging people into insolvency left and right.

But homeownership is on the rise, and millennials are to thank (for once).

Myth #2: Political ideologies are split over whether science can be trusted.

This is maybe a little bit more of a political myth than a social myth, but it stands up to scrutiny – there are plenty of people out there who claim that the other side just doesn’t listen to science. And why wouldn’t they? If the other side doesn’t agree with you, then clearly they’re unreasonable and any positions they take are unreasonable as well. And if their positions are unreasonable, then you damn sure want to see the research to back it up, by golly!

But when was the last time you checked up on your own beliefs?

This is what you would look like if you were conducting a thorough review of the scientific literature to reach your conclusions.
Photo Credit: iStock

Both liberals and conservatives do this – prefer information that reinforces their own beliefs, regardless of whether it is true. Being agreed with is very soothing, and reading an article that tells you you’re right is exactly the same. But no side has a monopoly on being right, and data is data – it doesn’t lie (assuming it was corrected rigorously, which is what peer review is for), it can only be misinterpreted.

And it often is, by people of all political persuasions. 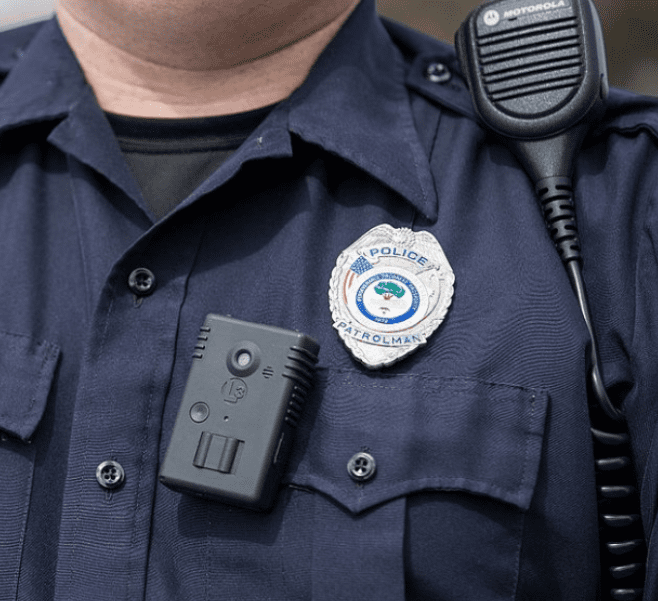 We’ve all seen the stories of young black men being shot by police, but up until the past few years it was rare to see video of it. And while videos of violent incidents involving police are often taken by bystanders, they are regularly caught on police body cameras, as well. That’s because, unfortunately, police use of body cameras has not really affected police behavior, at least according to the largest study to date. Even before body cameras became widely adopted, there was little research that suggested they would be very useful.

As recently as 2016, 95% of police forces in the US said they had implemented or were planning on implementing a body camera program, which just goes to show how a narrative can build that makes things seem straightforwardly true (that body cams on police will reduce police violence), even when they are actually much more complicated – or entirely false.

It’s hard to say why body cams don’t act as a deterrent, but that will be the subject of further research, I’m sure.

Myth #4: America is getting more racist.

Well, it depends how you measure. Since the public rise of the Alt-right movement, it seems like we’ve been bombarded by social media reports of egregious and overtly racist incidents. Oftentimes the news media picks up on the most recent trending outrage, and shoots it from online virality to the nightly news. Hate crimes and hate groups have both increased, the former by 5% from last year and the later by 7% from 2015 – which is not nothing, but is also hardly the explosion that it feels like.

On the other hand, the percentage of the American public at large that believes in the necessity of systemic changes to address racial equality has actually increased dramatically in the past five years, from 45% to 61% by one measure – an enormous shift in opinion. But it’s been a quiet shift.

The problem is that the loudest voices are the most extreme – and the most extreme voices often get amplified by our also-polarized self-selecting news sources. Whereas the quieter shifts in attitude are often less sensational, and therefore underreported.

So folks, just remember – even though things seem horrible, they may not be quite that bad, if you dig into your assumptions a little bit more.