You might think that you’re living your best life, but I promise you, after you read this post, you’ll realize that you have more to aspire to. Like, you’re going to have to change up your entire retirement plan to accommodate for this: blocking out part of every afternoon to brush and nap with sweet, lonely shelter cats.

Your new inspiration comes courtesy of 75-year-old volunteer Terry Lauerman and the Safe Haven Pet Sanctuary of Green Bay, Wisconsin, who first shared the photos of Terry interacting – and snoozing – with some of their cats. 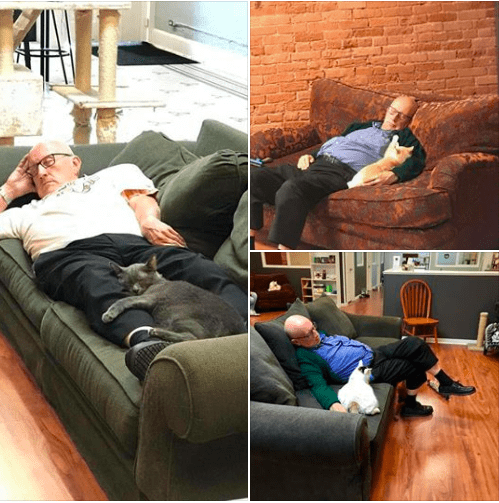 “We are so lucky to have a human like Terry,” they wrote in the Facebook post above. “Terry just came along one day and introduced himself. He said he’d like to brush cats. Eventually it became everyday. He brushes all of the cats, and can tell you about all of their likes and dislikes. He also accidentally falls asleep most days. We don’t mind – cats need this! Terry is a wonderful volunteer.”

Safe Haven focuses on saving special needs cats that would have been euthanized immediately at other facilities – even FIV cats. The felines live in a cage-free sanctuary with furniture, televisions, and bedrooms so they can feel as if they live in a cat-run home, Elizabeth Feldhausen, the shelter’s director, tells HuffPost. 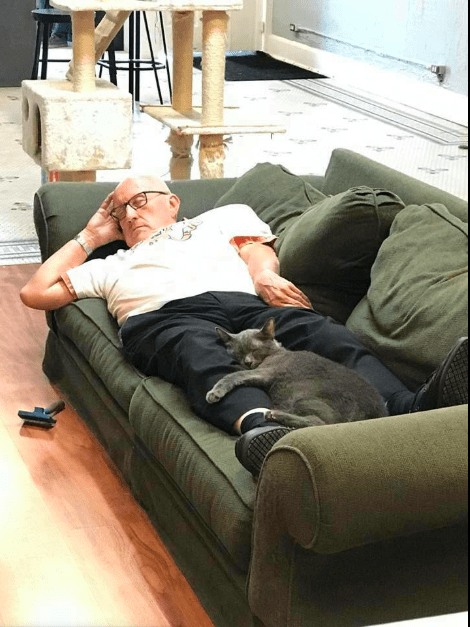 They depend on the time and dedication of understanding volunteers like Lauerman to give the cats everything they need, and Terry himself spend about three hours a day helping to make the cats feel loved.

“He sleeps for about an hour, then he’ll wake up and switch cats. He said the brushes is as great of an experience for him as it is for them.”

Terry and Elizabeth Feldhausen, the spokesperson for the shelter, are shocked that their pictures have garnered so much attention from cat lovers around the world, but they’re thankful, too – the shelter has received more than $20k in donations since the original post went viral. 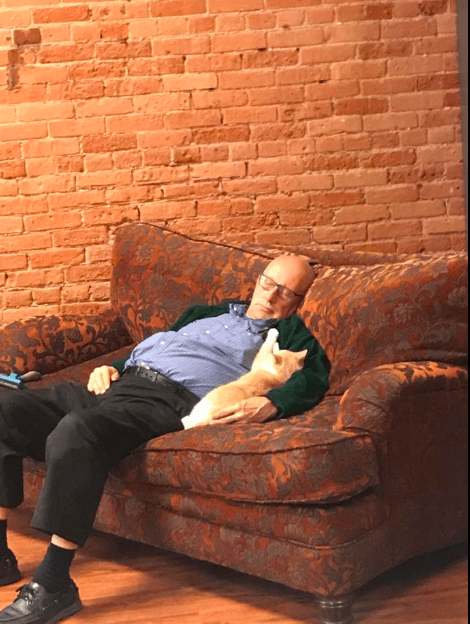 So, now you know what to do with your life once your working days are done. Watch the grandkids in the morning, if you want, but the head down to your local shelter, grab a couple of warm, furry bodies, and cuddle up for the afternoon.

Thanks, Terry. You’re a true hero.