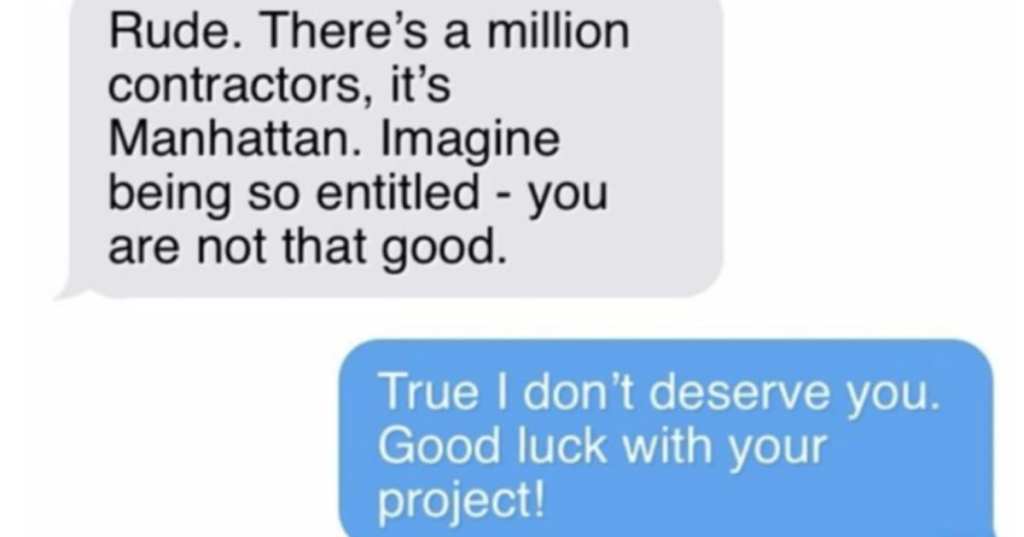 Listen, we’d all love to have the house with the nicest finishes on the street, but when budgeting for remodels, most of us understand that concessions will have to be made in some areas if we want to splurge in others.

Or, if we have a strict, small budget to begin with, we understand that we’re not going to be able to get everything we want.

Not everyone, though, as contractors everywhere surely know – and as this one in particular realized just in time to dodge a bullet.

The trouble began after a client received an estimate and said it was way too high, that their budget was only $5k.

To which the contractor replied that they (the client) had chosen materials that cost far more than $5k. 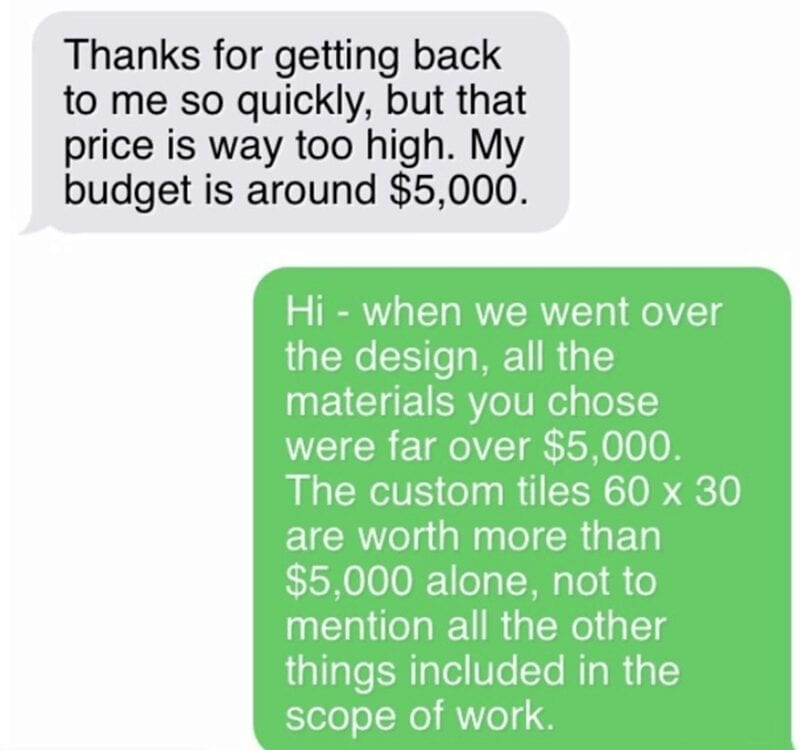 The client was SHOCKED that tiles IMPORTED FROM ITALY could be so expensive! The nerve!

The contractor offered to let them source their own materials and he would do the install, but the client thought that meant it would be a flat fee. 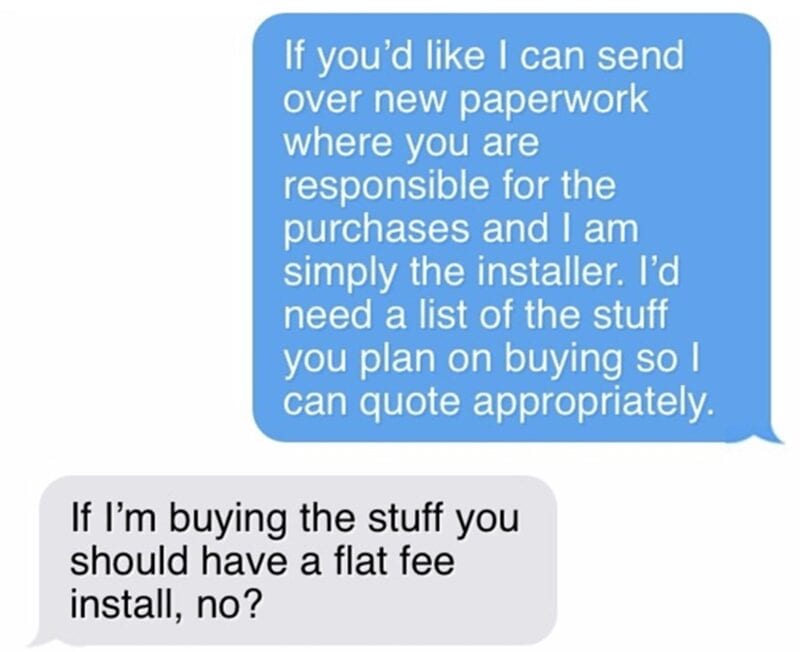 That was wrong, and the contractor quite patiently explained why.

The client went back to harping on all of the exceptional quality they expected to get for $5k. 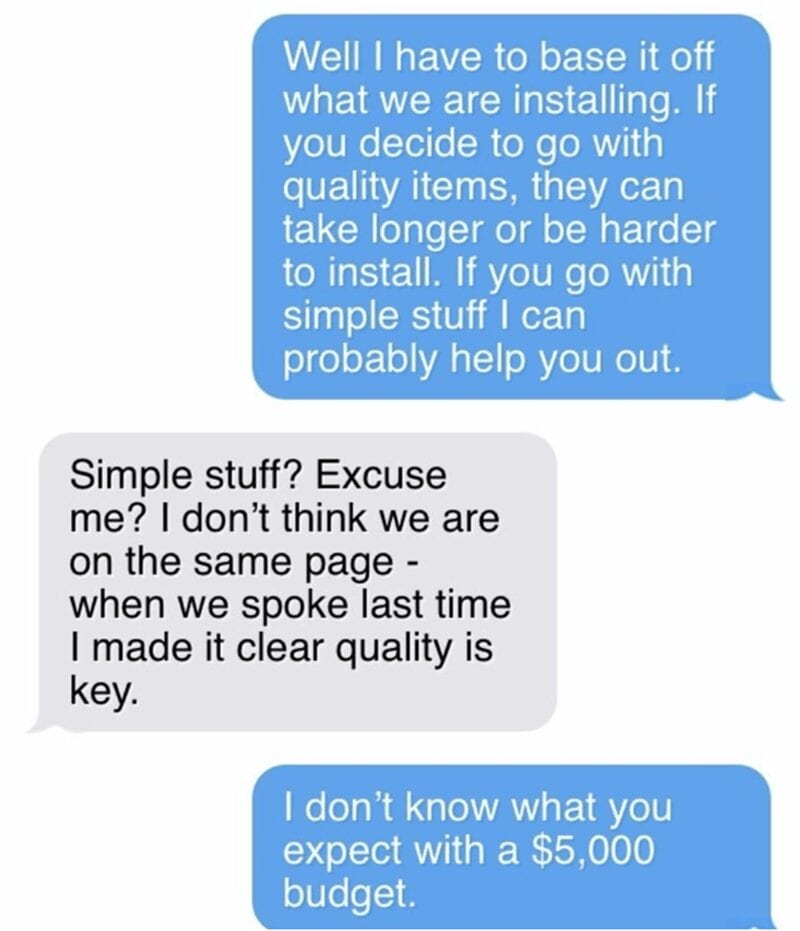 More explanations were necessary, because still, they don’t seem to understand concepts like math. And time. 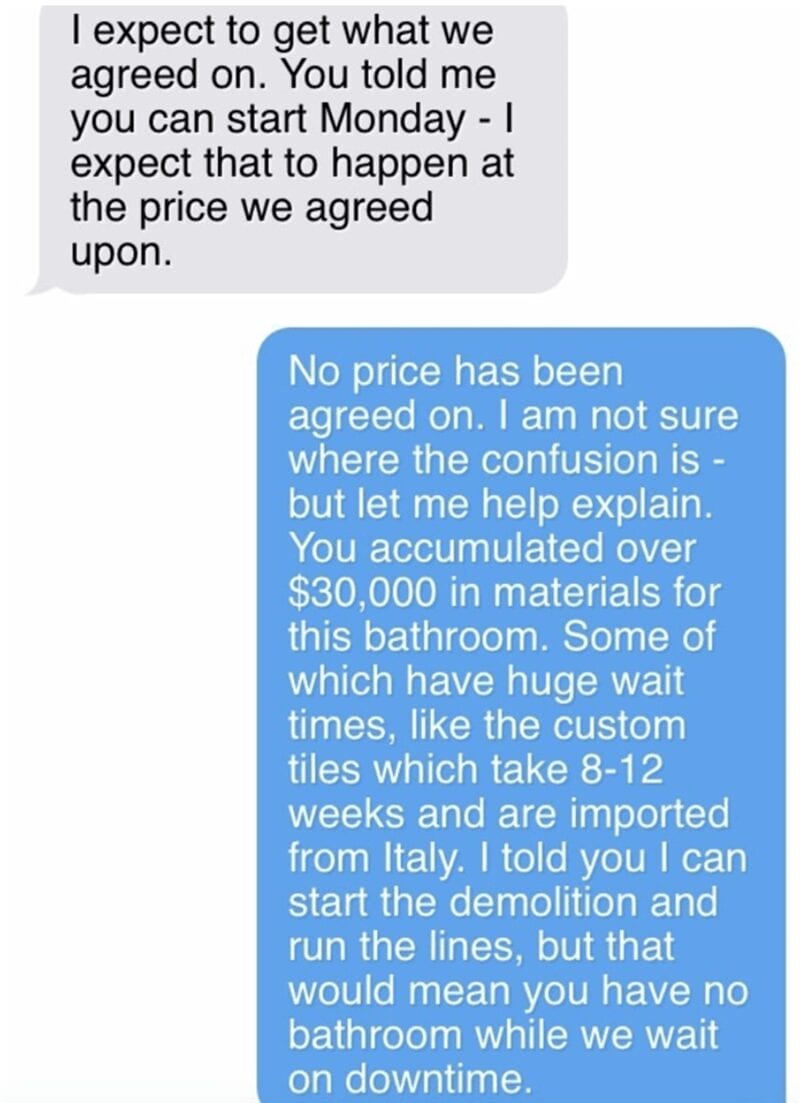 He started to lose his patience, there was a reference to a McDonald’s bathroom, and they parted ways. 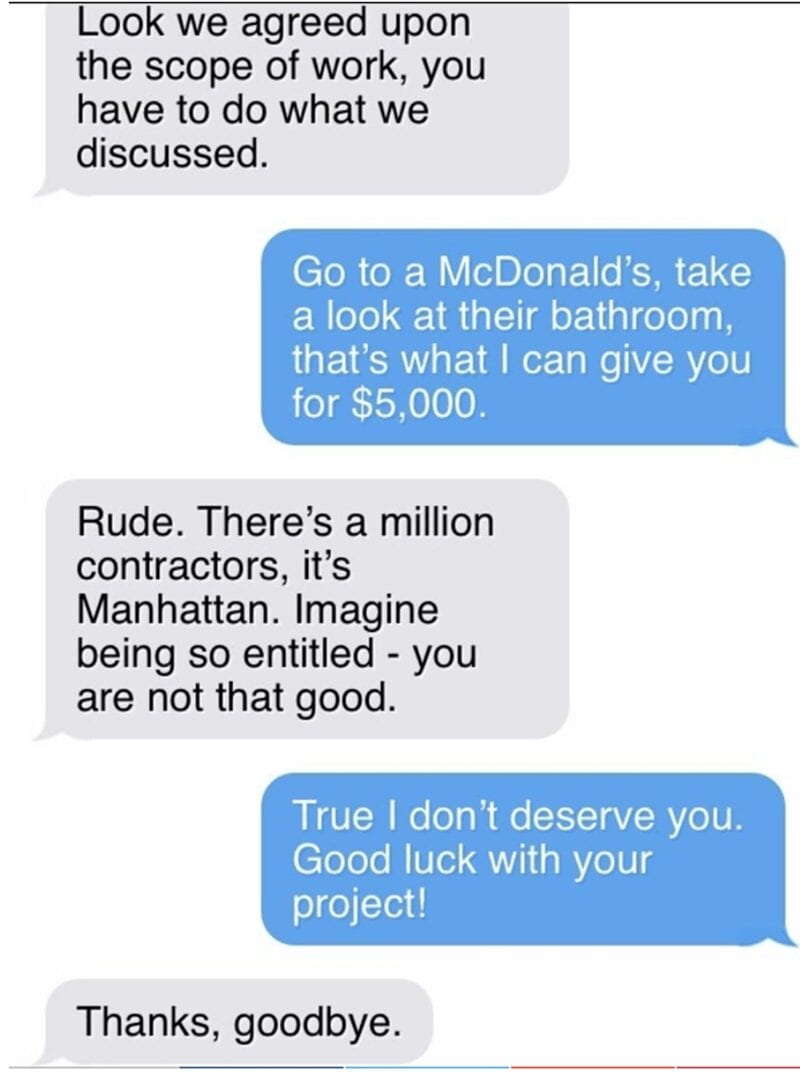 I’m 100% sure this contractor is not losing a wink of sleep over this client going another direction.

Which is almost as sure as I am that this client is not getting even 10 Italian tiles shipped to NYC for $5k.