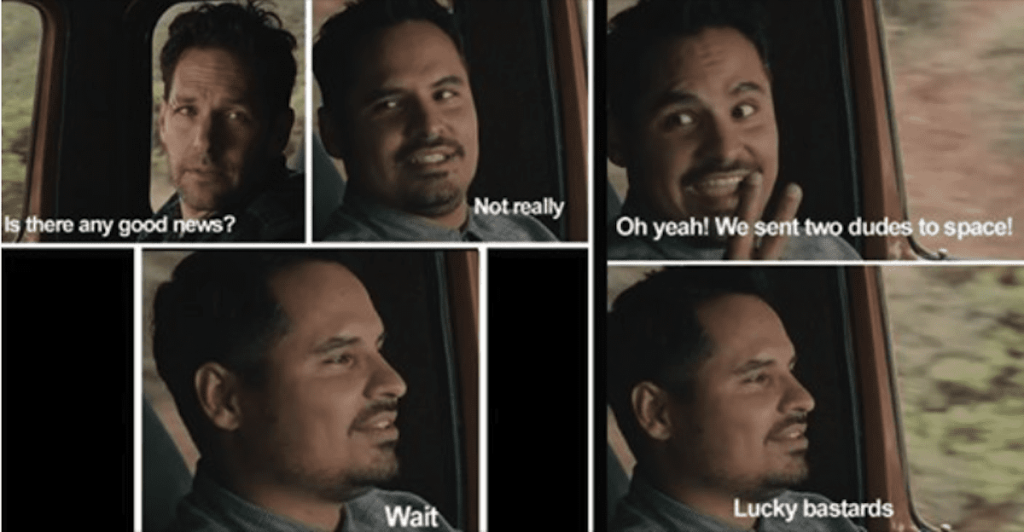 2020. Man. What a year. You know. You’ve lived it. Unless you’re reading this article from the future? In which case, pull up a chair. Grab some popcorn, maybe pop a Xanax, and make yourself comfortable.

Get ready for the ride of your life, folks. This epic Ant-Man meme attempts to cover all of the horrors of 2020 so far.

Remember right at the end of 2019, when Australia was on fire? It was horrible. So many animals died. 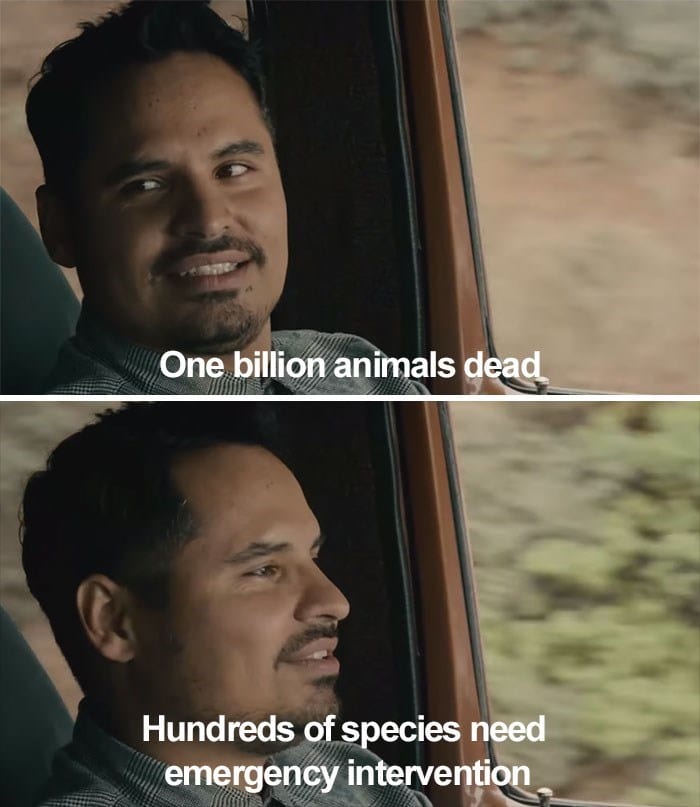 And the fires weren’t entirely extinguished until March 4th, 2020!

Pretty par for the course:

When has something Trump did not almost lead to WWIII? 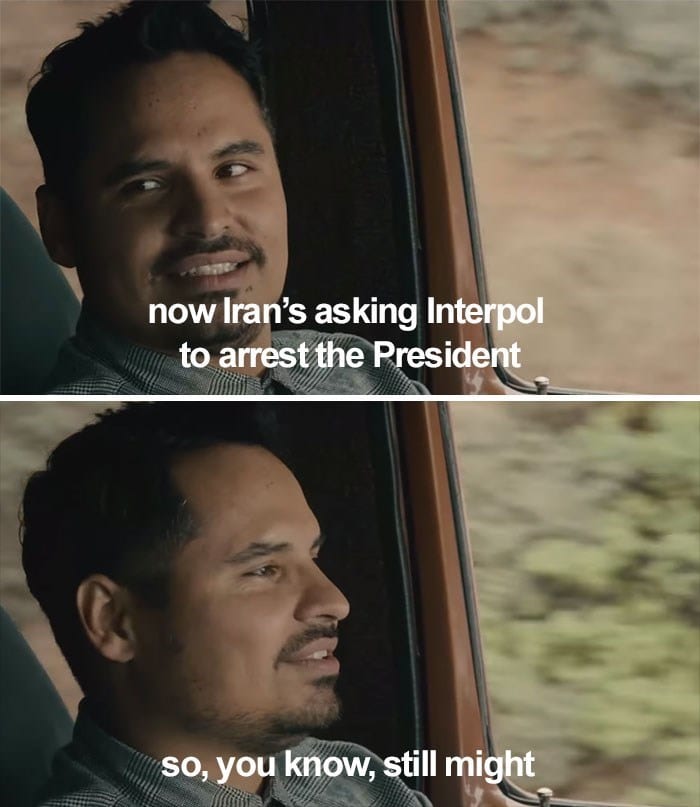 But it’s spread by water droplets in the air. So wear your d*mn mask.

Remember the day you got your stimulus check? 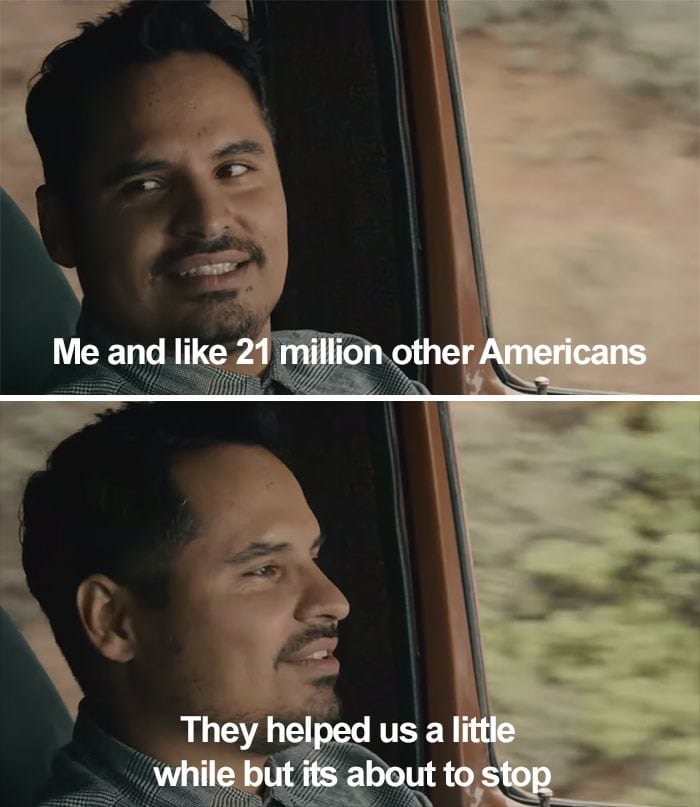 I never thought I’d need to collect unemployment in my life. First time for everything.

It’s killed over 1.28 million people worldwide at this point.

Over 241k deaths at this point… 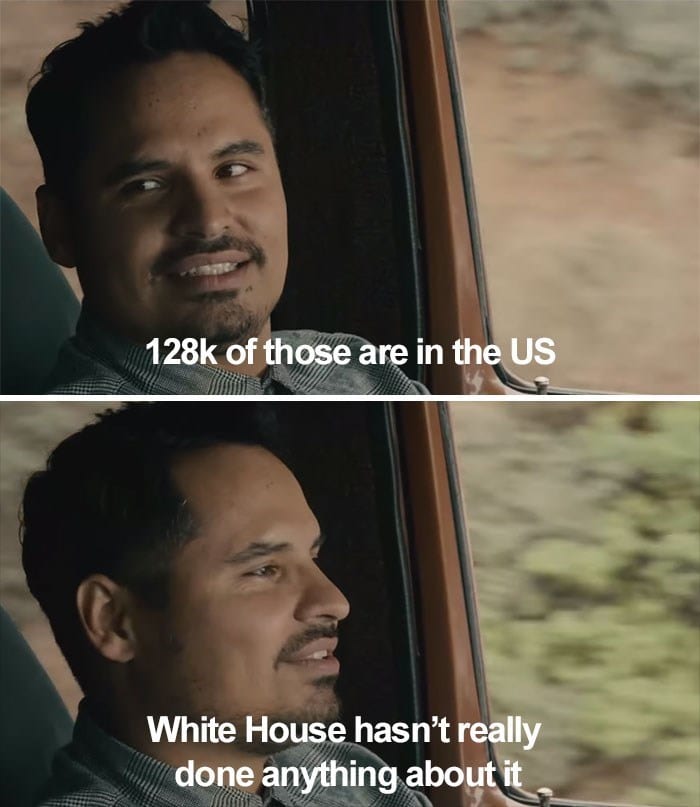 Should I go to work and risk getting infected, or stay home and lose my job? Still asking myself this question.

Here’s hoping we get another one: 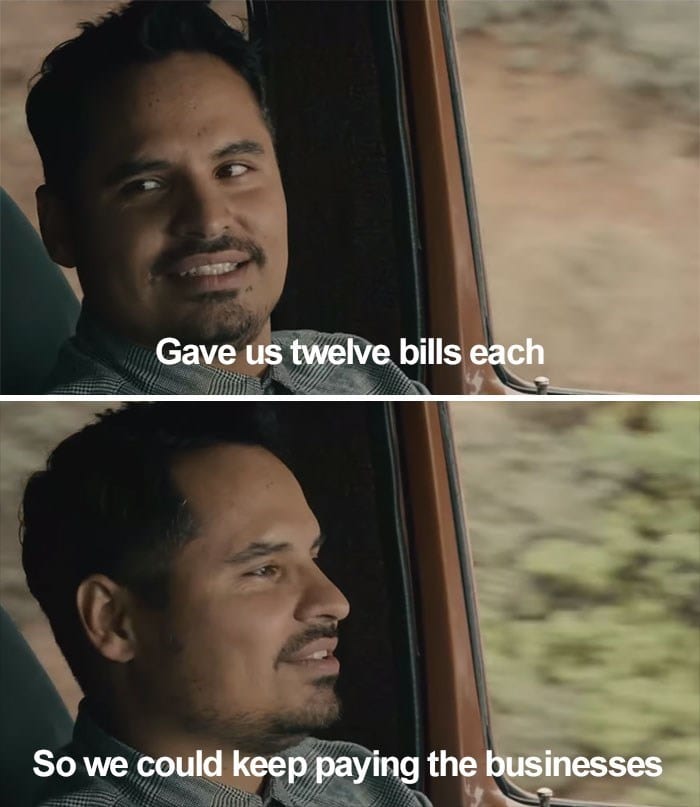 Tried to support as many local black businesses as I could. 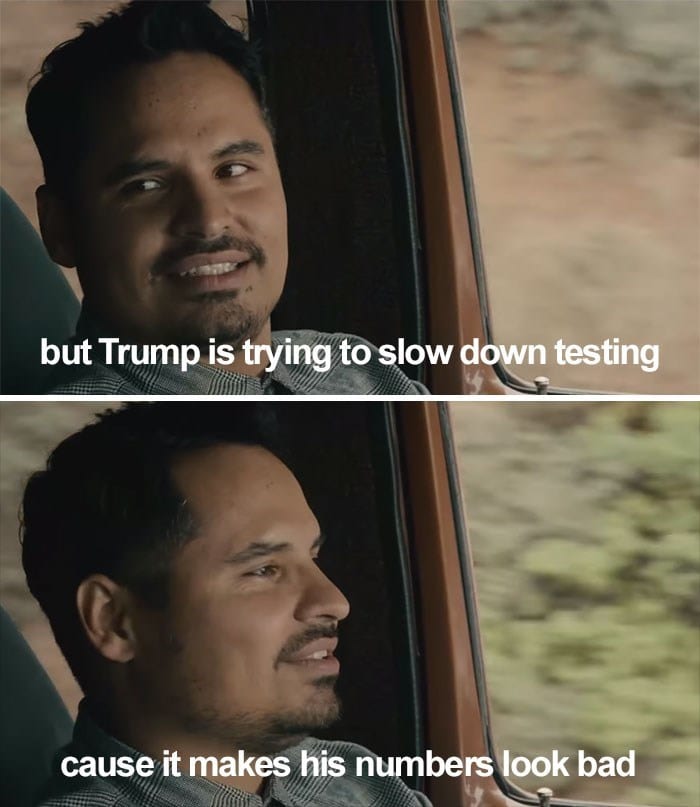 Remember quarantine? Those were the days…

When we had some hope that things would get better if we just stayed home but then people didn’t stay home.

The air was a lot cleaner without so many cars driving: 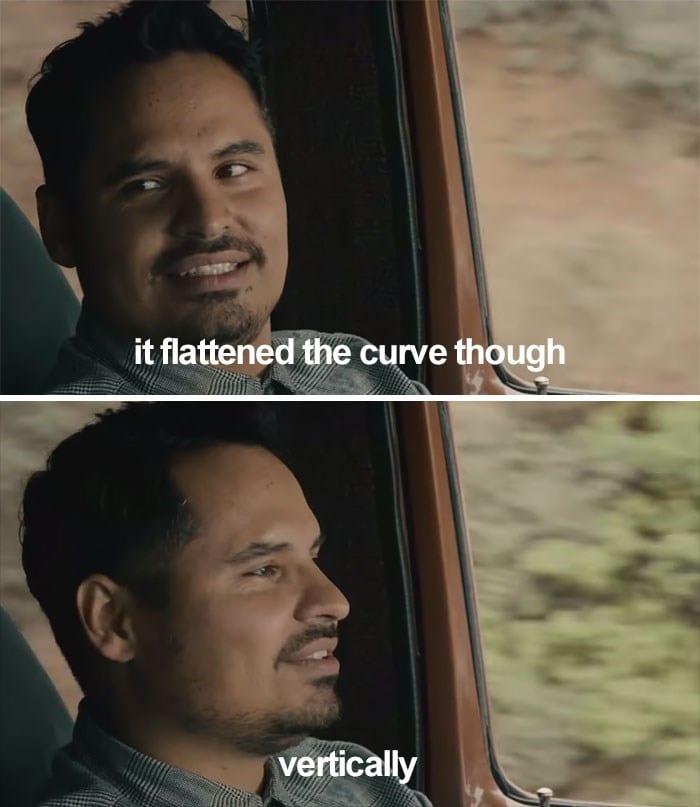 I dare you to take a look at what the numbers are right now. For the world. For your country. For your state/city.

He stayed in office: 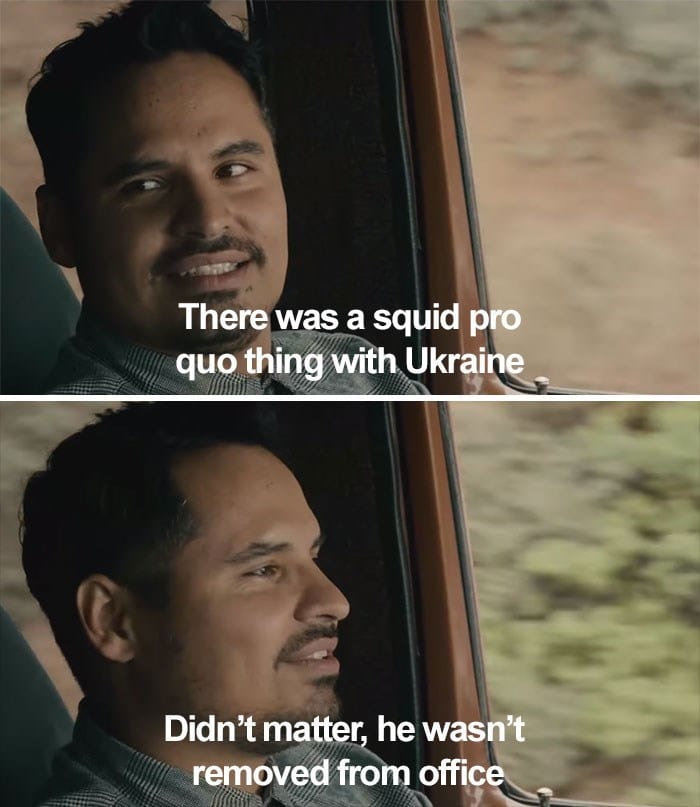 RIP Kobe and Gigi. That was a sad day.

It’s been an eventful year: 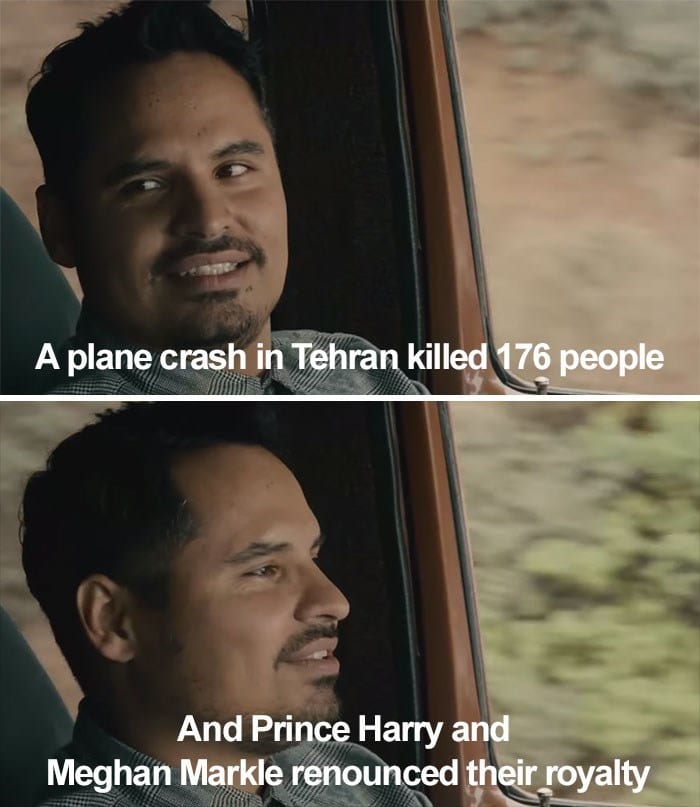 I think they’re living in Canada now. I wish I were in Canada…

It gets worse, Ant-Man:

Poor Iowa. It was a combination of the technology, mismanagement, and miscommunication.

It’s important to celebrate the wins: 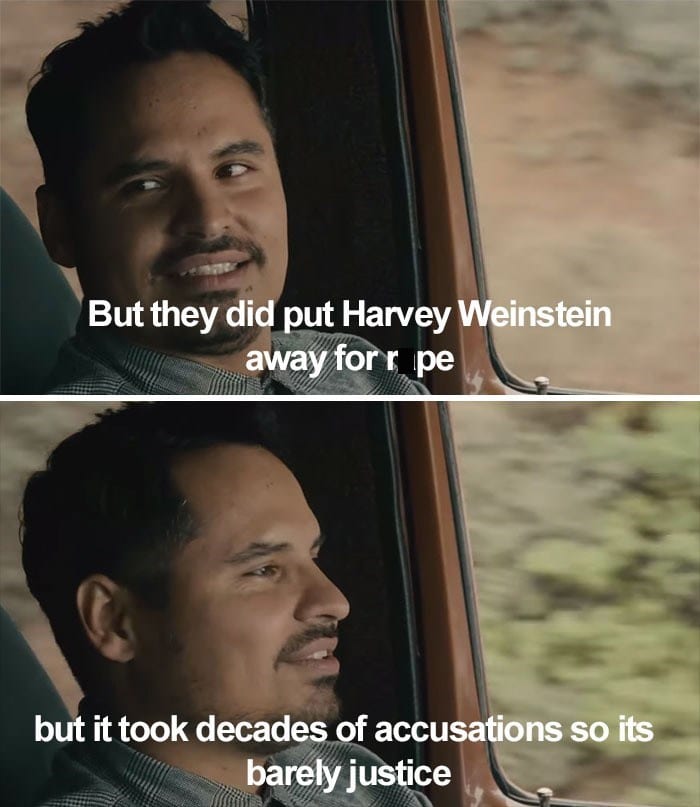 So we need to keep working to improve the system, to shift societal norms, to make sure that the world is safer for those who come after us.

I don’t have the heart to tell him: 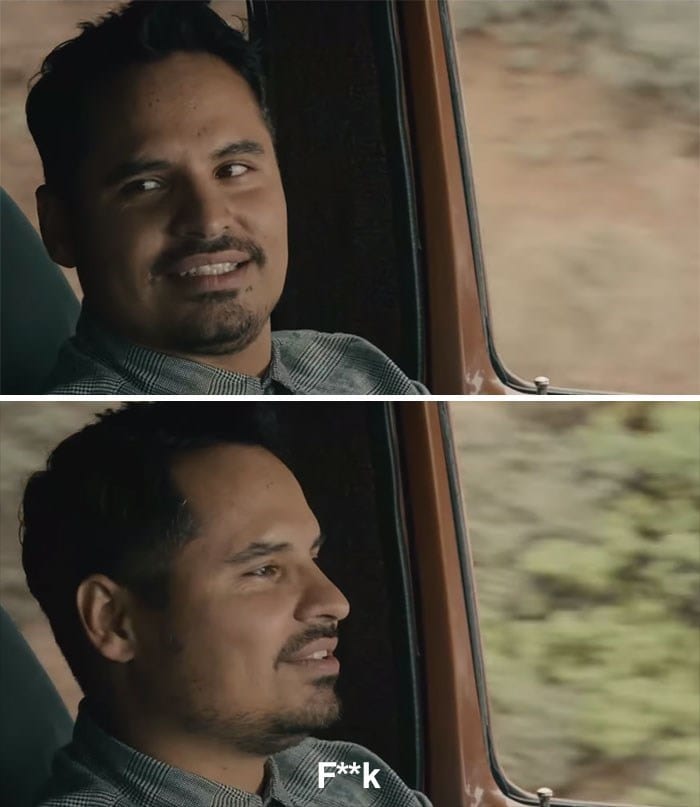 You know African Americans have been subjected to mistreatment for decades upon decades because our entire system was built upon the foundation of slavery, and the invented concept of race, and racial hierarchy?

We’re in the middle of another civil rights movement.

It changed the world.

All of the world, people were looking to America: 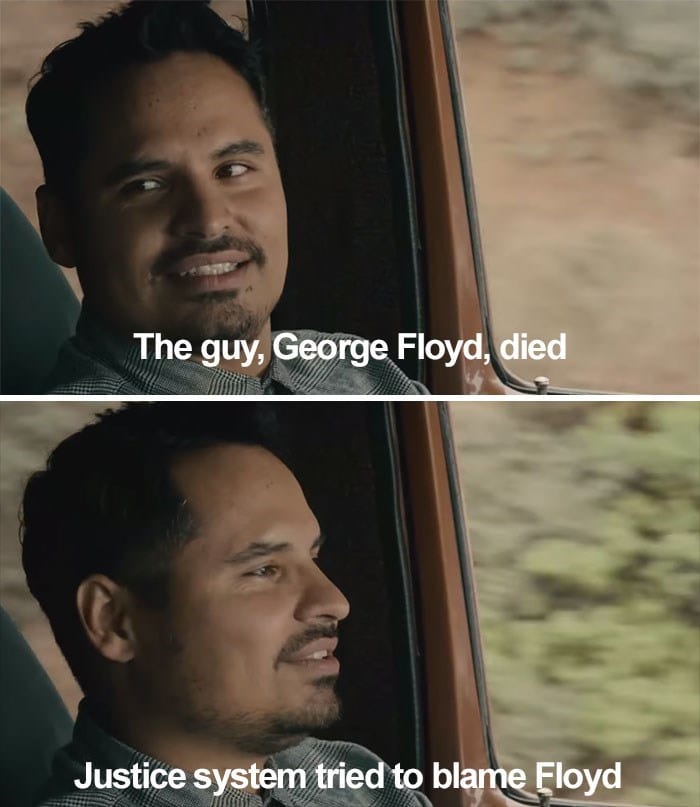 All over American people were taking to the streets to protest police violence against people of color.

I know this is a lot to process Paul. Er, Ant-Man:

The majority of protesters were peaceful. 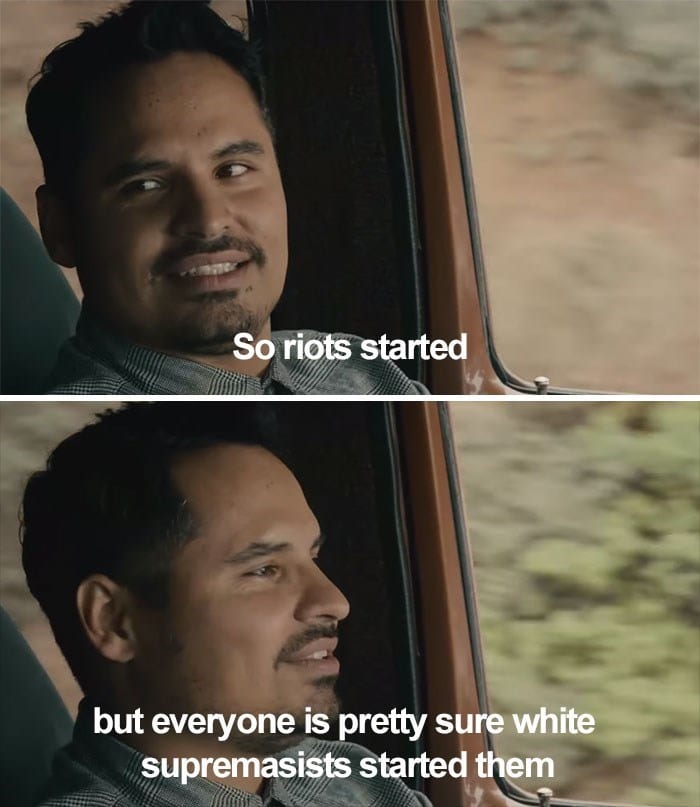 Others replied, “Then why doesn’t police officers killing black people upset you more?”

You know the type:

I think “Stand back and stand bye,” were his exact words.

Trump doesn’t do anything by accident: 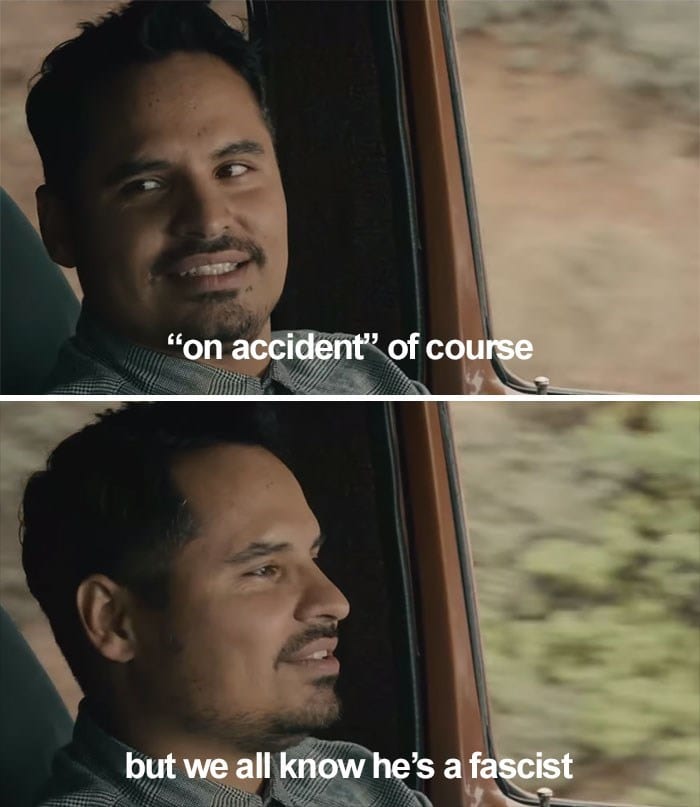 According to Wikipedia, fascism is a form of “far-right, authoritarian ultranationalism characterized by dictatorial power, forcible suppression of opposition and strong regimentation of society and of the economy.”

Does anything mean anything anymore? I don’t know. What month is it?

That’s about it, right? 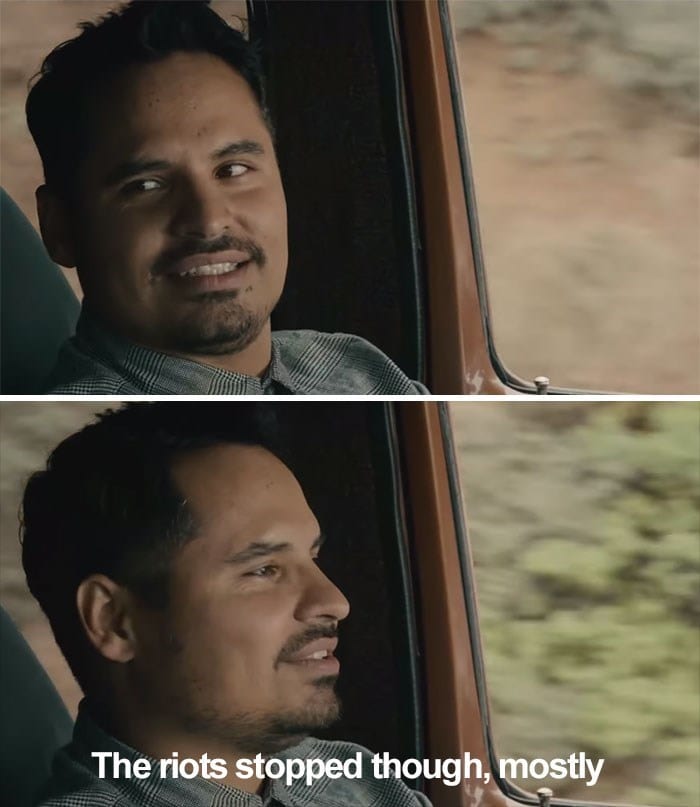 You have to remember that we’d all just been cooped up for months, unsure of the future, some of us having lost our jobs.

Some statues came down, and a bunch of organizations released statements to affirm their commitment to creating equitable spaces and opportunities.

Google it when you have a sec: 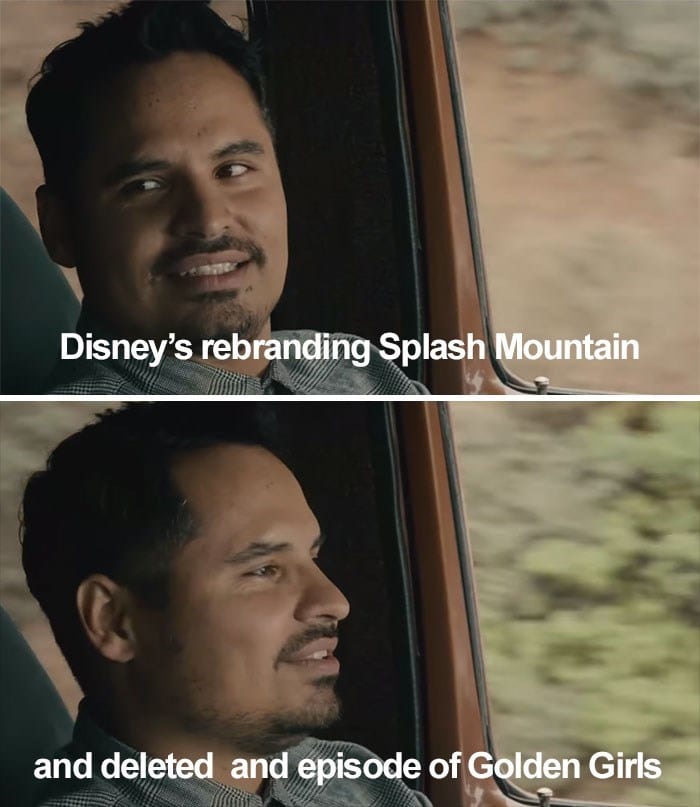 Did you know Splash Mountain was based on the 1946 Disney film Song of the South?

Mississippi voters agreed to replace the confederate symbol on their flag with a magnolia instead. 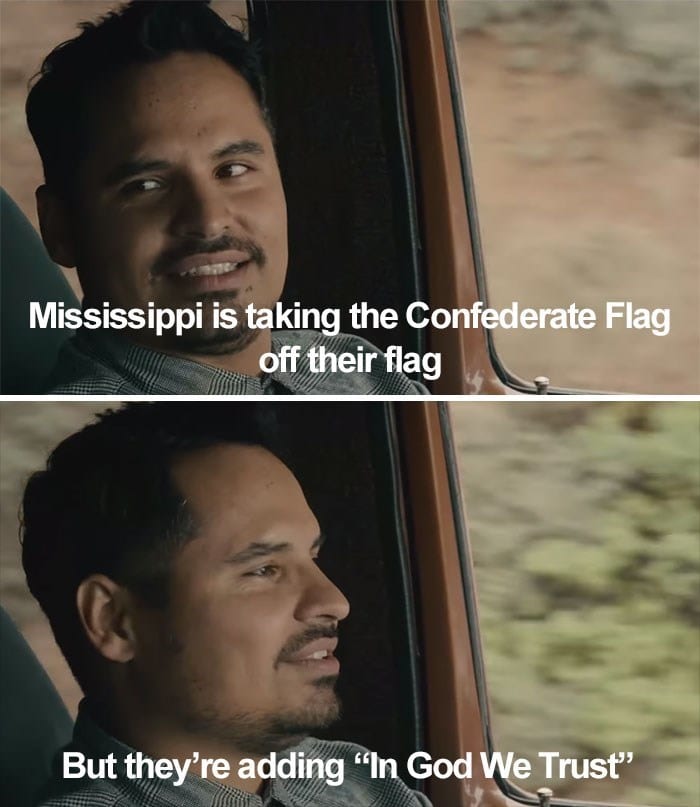 Agreed. One battle at a time:

At this point, there HAVE been some reforms.

That’s VP Harris to you: 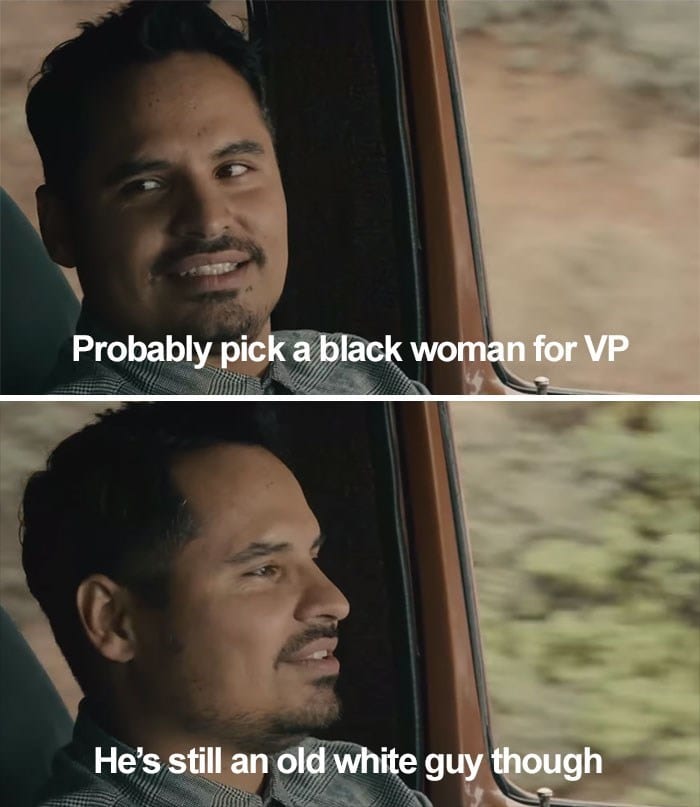 Ok yes he is, but at least he’s not Trump.

I almost forgot about the murder hornets:

Puerto Rico can’t get a break! 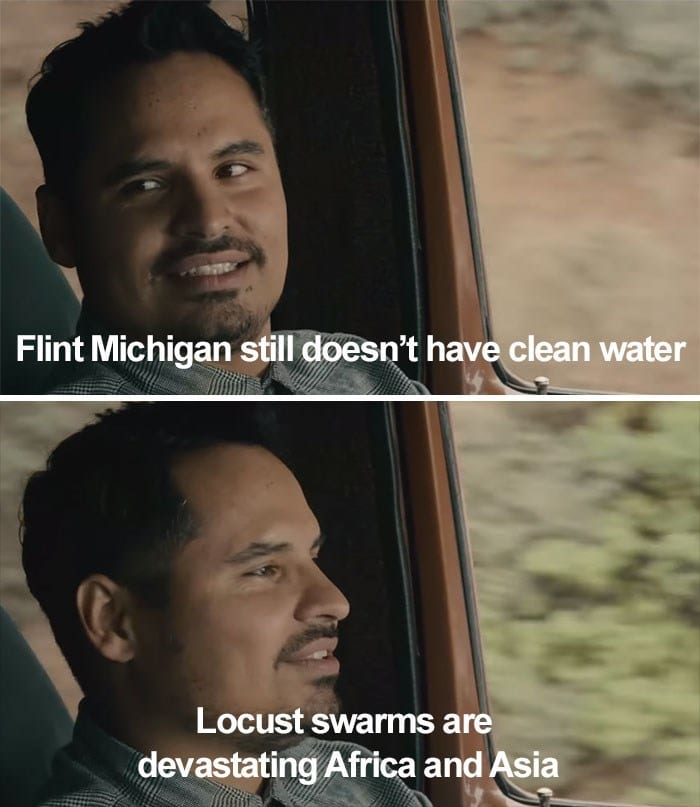 What is set into motion cannot be stopped.

I didn’t even know about this stuff: 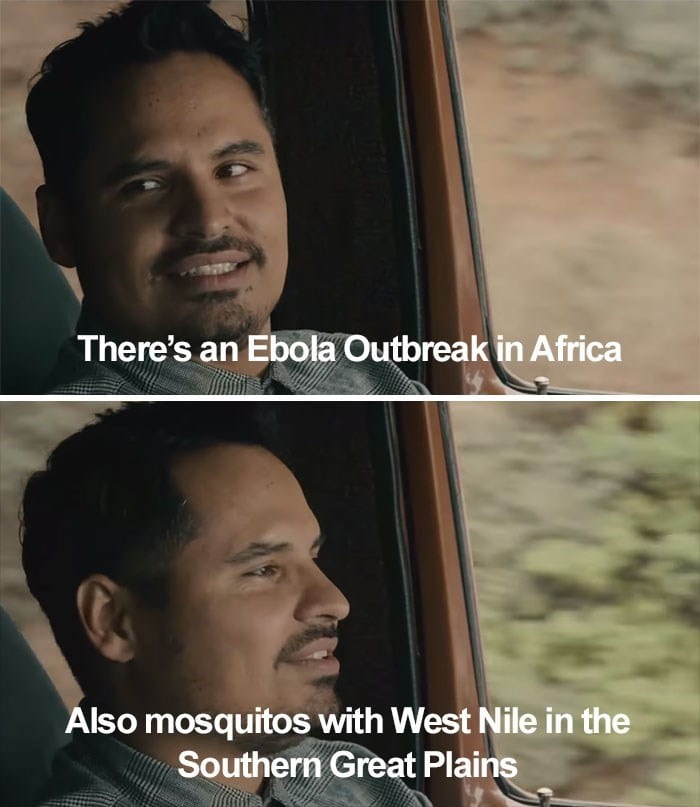 I guess some things get lost in the shuffle when it feels like the entire world is in chaos.

We’re almost to the end.

Tbh I’m impressed you’ve made it this far: 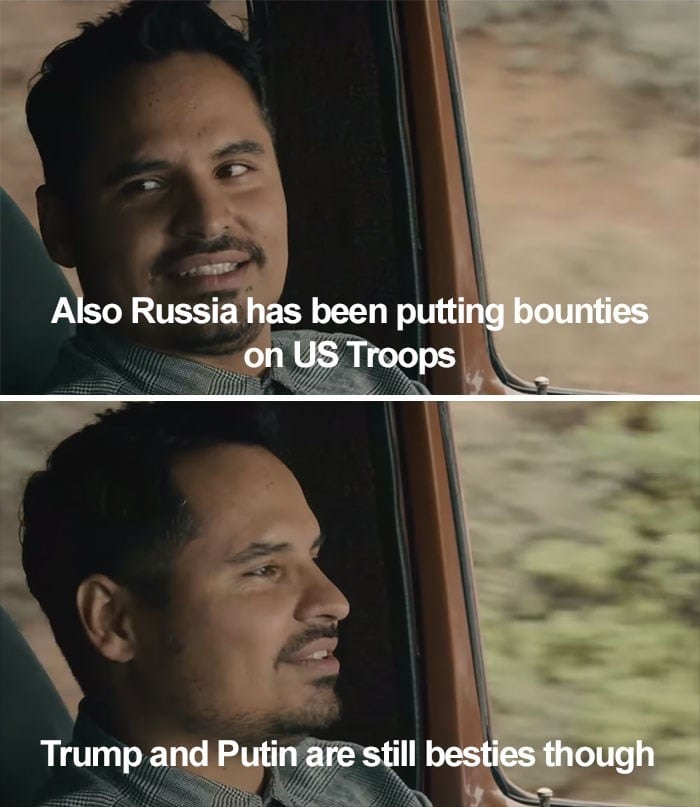 We’ll see how close they are when Trump is out of the White House.

Provided he agrees to a peaceful transition of power… 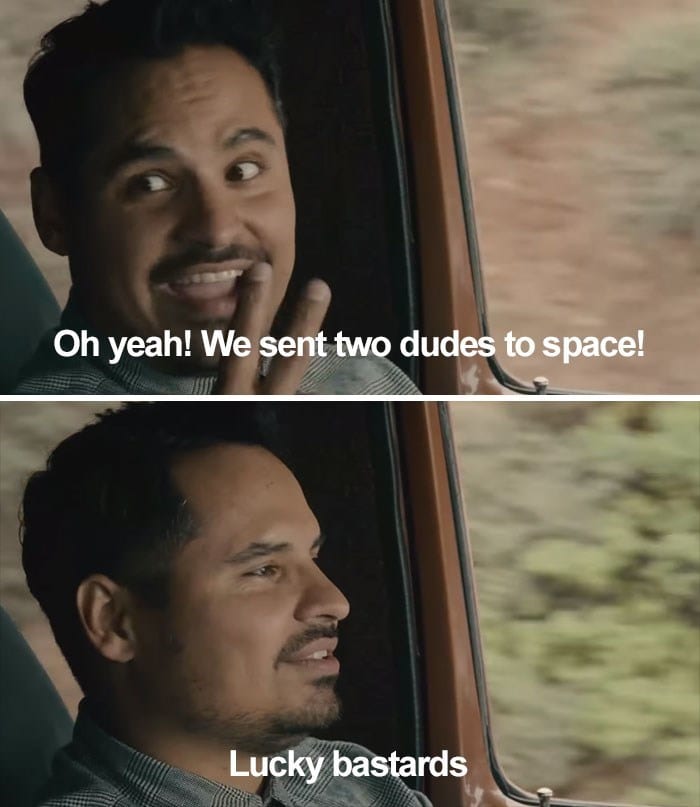 I wish I could live in space…

There you have it folks. 2020 in a nut shell. I’m sure there were parts left out. We’ll let you fill in those cracks yourself.

Here’s hoping things get better in 2021.

What was your least favorite part of 2020? Let us know in the comments?