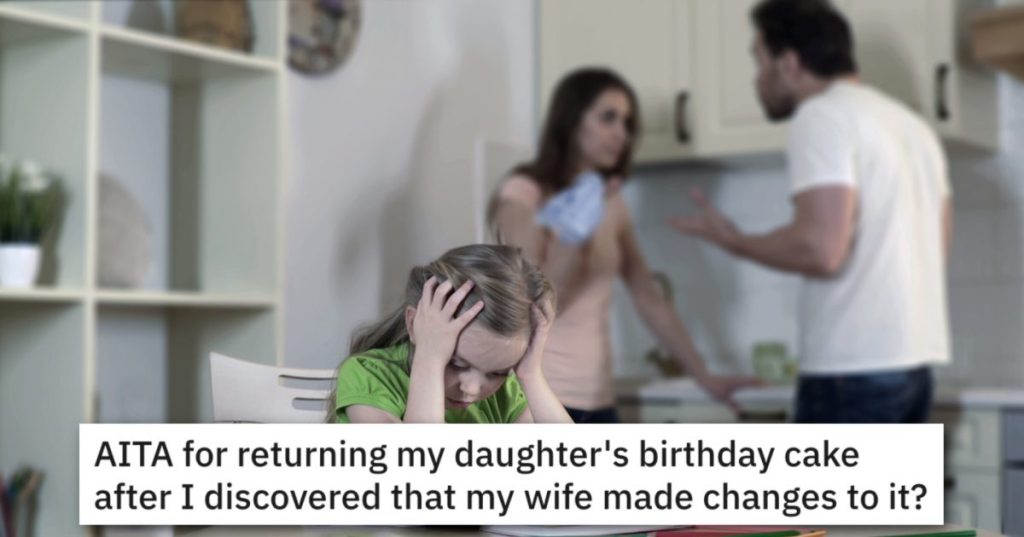 Most people can agree that being selfish is not a good quality, and a majority of parents will go out of their way to ensure their kids are the exact opposite, if possible.

That said, birthdays are inherently about the person being celebrated, right?

This blended family has two teenaged girls, and the younger was having a birthday. Her father wanted to order her a chocolate cake, since that’s her favorite, but his wife thought they should get something “neutral,” like vanilla, since her daughter doesn’t care for chocolate.

So, Britney is the opposite of Olivia. for example, Britney s a social kid, Olivia is introvert. the list is long but they’re just the complete opposite.

Olivia’s 13th birthday was 2 days ago. She loves chocolate and I decided this is the flavor I was going to go with when I contacted the bakery. However, my wife objected since Britney absolutely hates chocolate and suggested we go with Vanilla.

OP said he declined, saying that his daughter doesn’t like vanilla and it’s her birthday, so she gets to choose the cake.

I said no way because for one, Olivia hates vanilla and it’s also her birthday so, she gets to have her cake with her favorites flavor. My wife got upset and took it as in I had no regard for Britney and that we should just choose another netural flavor instead.

I shut that down and said no more discussing this because I’d already decided to go with what Olivia wanted.

He thought it was the end of the story, but after his wife picked up the cake, he realized she changed the order to be something they would both purportedly like.

At the day of the birthday, I was supposed to go get the cake but I was surprised to see my wife coming home after picking up the cake from the bakery. I looked at it and discovered that it wasn’t a chocolate cake but a vanilla cake with small pieces of chocolate on top.

I got pissed thinking they got my order wrong and was about to contact them, but my wife said there was no mistake and that she called the bakery the day before and made “slight changes” to the cake to please both girls.

OP returned the cake and got the chocolate one.

I was stunned I lost it on her and asked why the hell she did that. She got defensive saying that birthdays are no “excuse” to show favoritism and that her daughter is “watching” and “observing” how I’m treating both girls.

I told her off since I was the one paying then called the bakery and explained what happened. I had the cake returned and replaced with a chocolate cake. although this one is smaller but it was fine.

His wife refused to attend the party and isn’t speaking to him, calling him controlling and saying he’s teaching his daughter to be selfish.

He says she’s teaching her daughter to be entitled.

My wife declined to take part in the celebration and later we got into a huge argument where she called me controlling and selfish for returning the cake instead of using this opportunity to teach Olivia to compromise so everyone’s happy. now I’m teaching her to be “selfish”.

I said that my daughter gets to act “selfish” on her birthday and that she (my wife) was teaching her daughter to be entitled. Word for word and it led to a bigger argument. We’re not talking as of now.

AITA for returning the cake and not taking my wife’s input into consideration?

The top comment confirms that birthdays indeed trump the preferences of others. 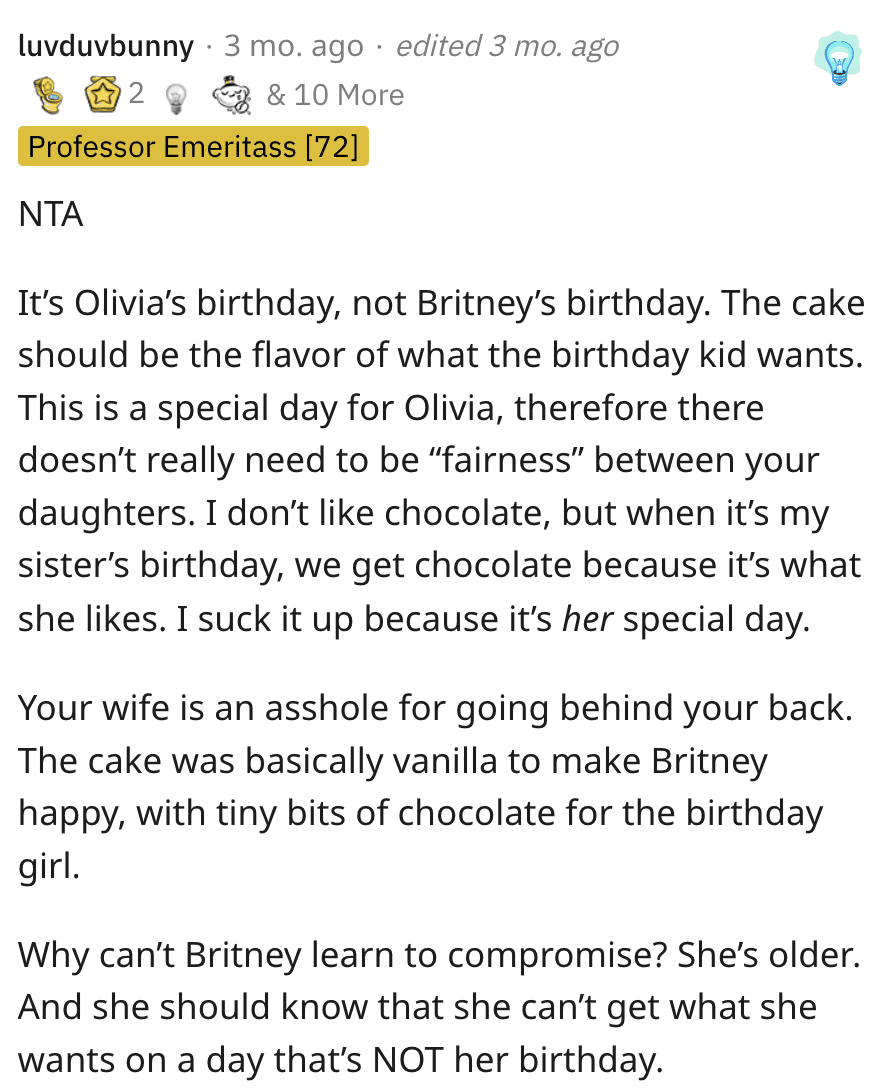 This comment (and others) told OP to watch his daughter’s well-being carefully. 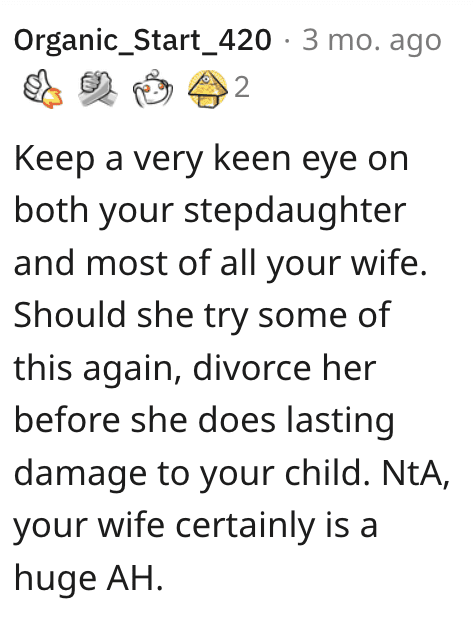 Some went so far as to suggest that he probe his daughter about possible other incidents. 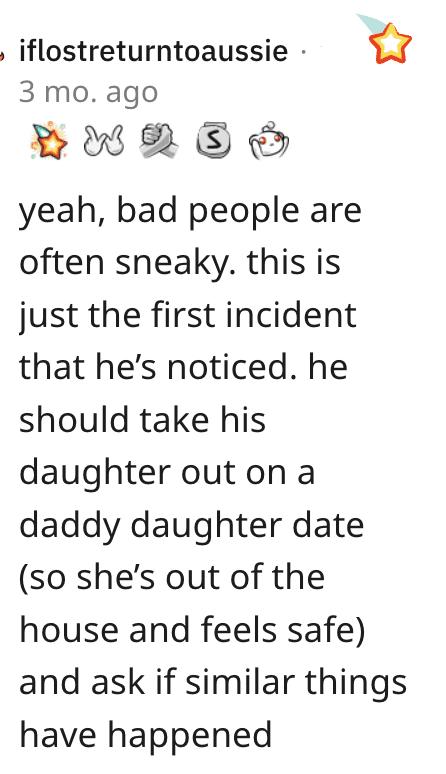 A lot of people were commenting because they had poor experiences of their own. 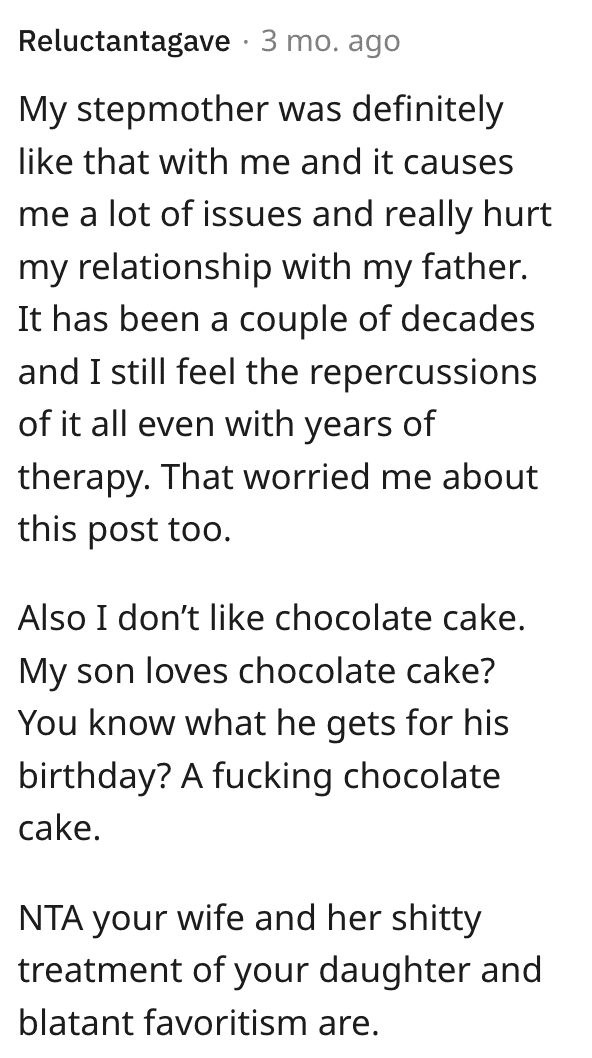 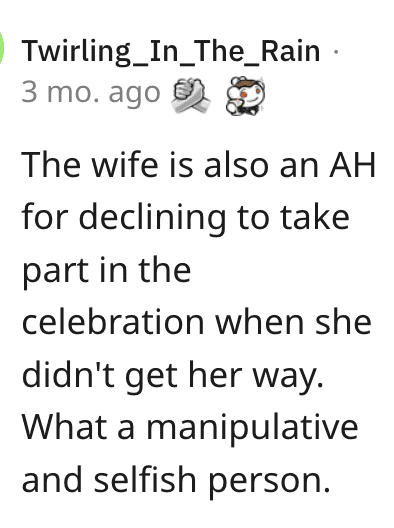 Or maybe it takes one to know one.

Either way, it doesn’t seem much like his wife is keen on being the adult here.

What do you think? Tell us down in the comments!