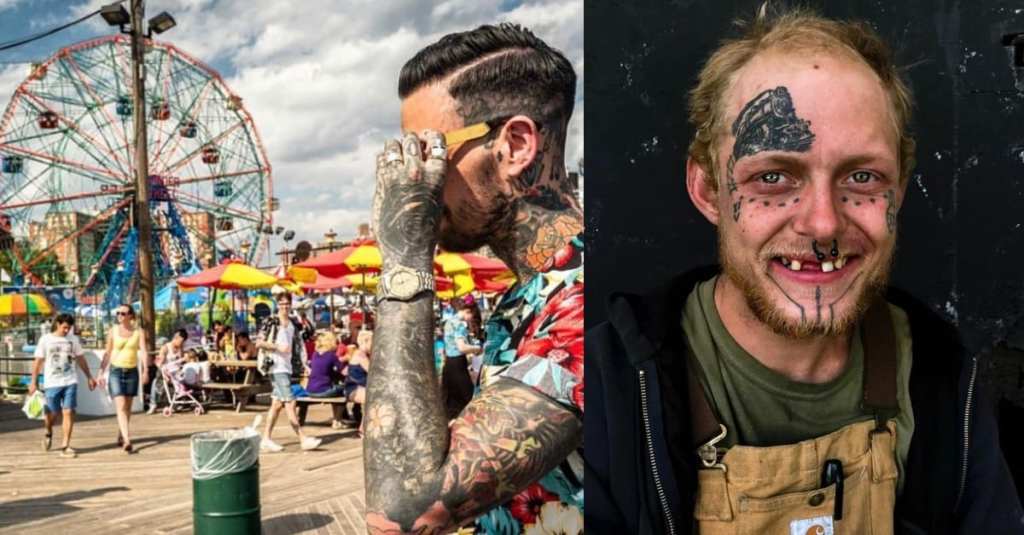 Everyone deserves a second chance in life, and Donato Di Camillo is definitely making the most of his opportunity.

Di Camillo found himself in and out of jail when he was younger, and he became very interested in photography when he was serving a sentence in a federal prison in Virginia. Di Camillo says, “I was always interested in magazines like National Geographic and LIFE. When I was a child I used to dream about being on adventures, exploring, always fascinated about other cultures in different parts of the world.”

Erich – “I had staph infection and pneumonia at the same time, I almost died.Doctors had to put multiple tubes into my lungs to rid fluids and infection and keep me breathing” ‘ ‘ #punkrock #krusties #nomads #streets #life #rails #photography #tattoos #Documentary #skate #castofohalltheplaceswewillsee

He also said about his upbringing, “I was always interested. I was exposed to art early on. My uncle Dominic, he was an art director for many years before the computers took over. He was also a painter. He still is. He’s more like a Renaissance painter. We grew up in a four-tenement home, you know, so it was a close-knit family.”

Di Camillo was released from prison in 2012, and since then he’s dedicated himself to learning how to use a camera and to improving his art each and every day.

He takes a lot of wonderful photos of street scenes around New York, capturing a side of life that most people either ignore or tend to shy away from. He often focuses on people who are homeless and mentally ill.

Di Camillo says, “These people walk around, and they’re faceless. I feel that everybody deserves a face. I think we all relate to each other in one way or another, whether someone’s laying in the street or running a Fortune 500 company.”

Look for Di Camillo’s first book in 2020 and check out more of  his work on his Instagram page and his website.