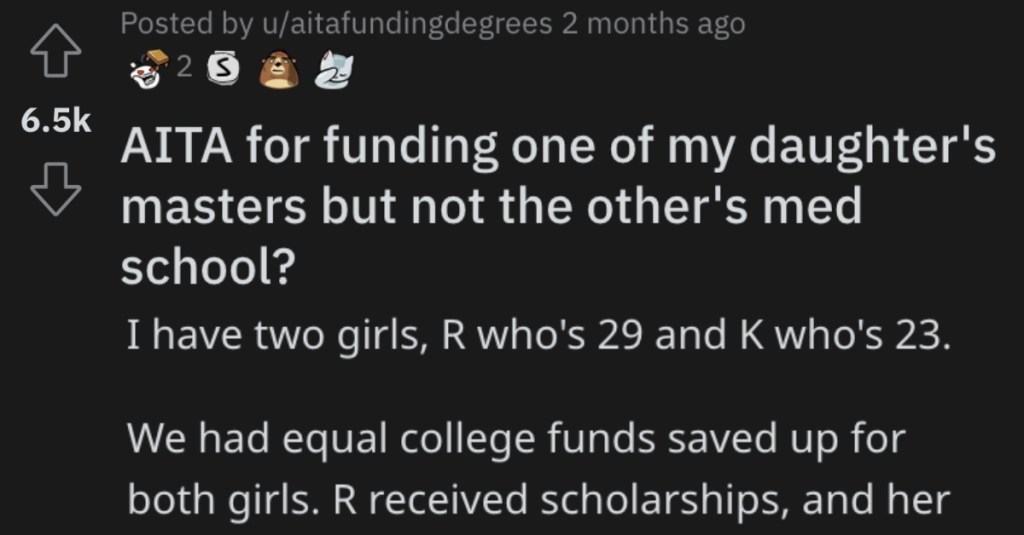 To fund or not to fund…that is the question…

Well, at least it’s the question in this story from Reddit’s “Am I the A**hole?” page.

So, just what the heck is going on here?

Read on to get all the details…

AITA for funding one of my daughter’s masters but not the other’s med school?

We had equal college funds saved up for both girls. R received scholarships, and her college wasn’t extremely expensive to begin with. She ended up using about a third of the fund for her bachelors, decided not to pursue further studies and went into working.

K also received some financial aid but she ended up going through the entire fund. She’s recently started med school.

R’s been thinking about going back to school to complete a masters degree. I was happy to hear that, and she asked if we could help her out with costs. We weren’t sure at first, but I talked it over with my husband, and we agreed with her that since she didn’t initially need her entire college fund for studies, she should be allowed to use the money to pursue further studies now.

The situation that’s come up now, we all got together for Thanksgiving and K heard that we agreed to funding R’s masters. She was mad and pulled me aside, saying this is completely unfair and if I’m paying for her post grad, I should at least help out with some of her med school costs.

I told her this isn’t like that, it’s because R didn’t originally use her money. K was still upset and she ended up leaving early, and I know she got into a bit of a verbal fight with R.

She hasn’t been responding to calls/texts, so I’m just letting her cool off a bit to understand. But K is clearly mad, AITA?”

One person said she’s an a**hole because of a specific comment that she made later…check it out. 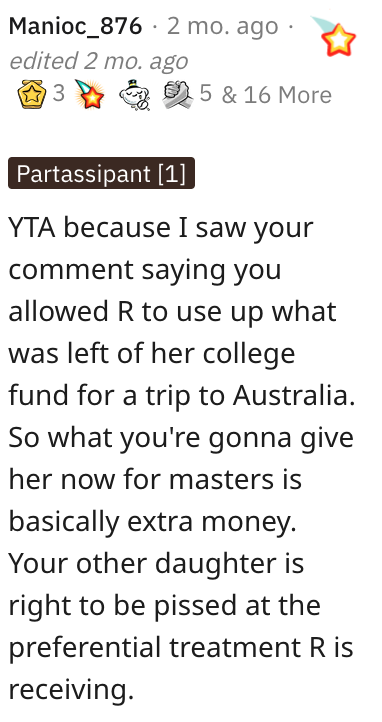 And this Reddit user said she’s an a**hole and she’s also gaslighting her daughter. 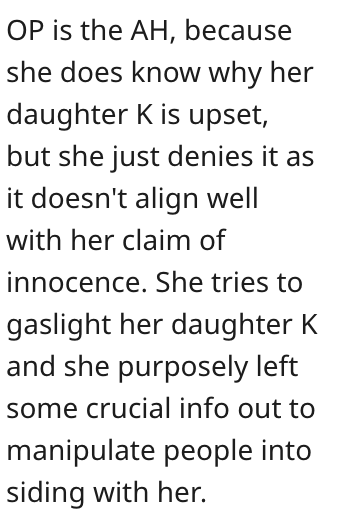 Another individual said she can do what she wants with her own money…but she’s still an a**hole. 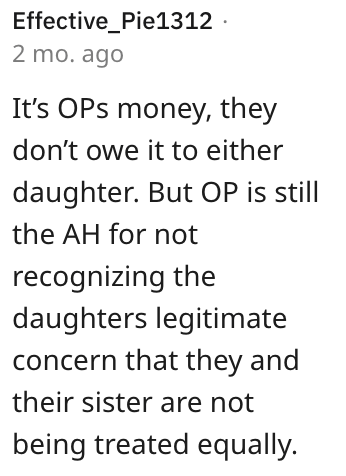 Sound off in the comments and let us know!