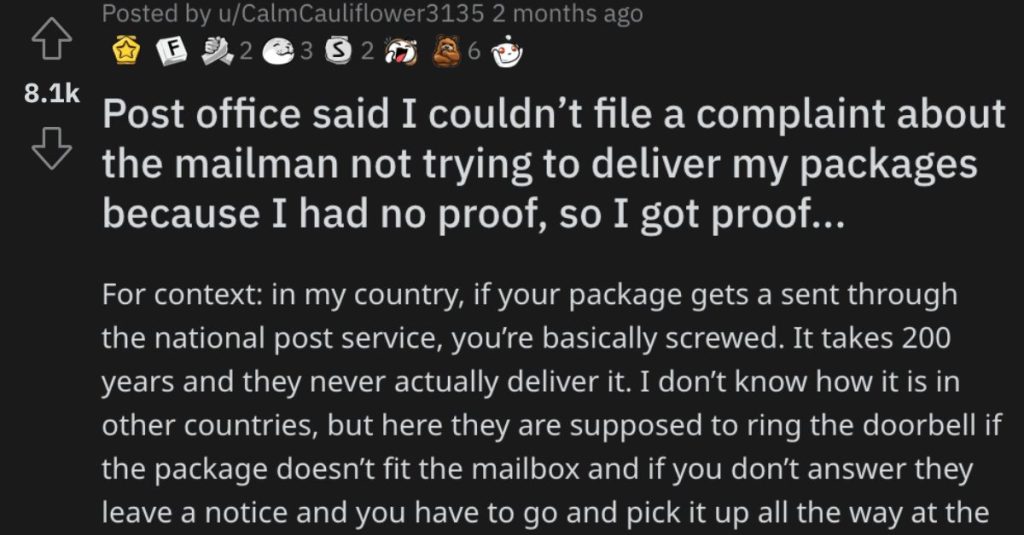 This story made me think of the terrible (and hilarious) mailman in the classic movie Better Off Dead.

If you haven’t seen it, drop whatever you’re doing and watch it NOW.

Anyway…back to the story.

Take a look at this tale of how a person ultimately dealt with a terrible, no good, very bad mailman.

Post office said I couldn’t file a complaint about the mailman not trying to deliver my packages because I had no proof, so I got proof…

“For context: in my country, if your package gets a sent through the national post service, you’re basically screwed.

It takes 200 years and they never actually deliver it. I don’t know how it is in other countries, but here they are supposed to ring the doorbell if the package doesn’t fit the mailbox and if you don’t answer they leave a notice and you have to go and pick it up all the way at the post office. The problem is that my mailman doesn’t even try to deliver them, he just leaves the notice without even ringing the doorbell and leaves.

I’ve had to pick up nearly every package I’ve ordered because of that. Well, the last time was my last straw. I was obviously home because of the pandemic, suddenly I received a call that immediately hung up, it was so fast that my phone didn’t even ring, just showed up as a missed call. No doorbell, nothing.

I suspected it was the mailman and ran to the door only to find him inside the truck, looking straight at me before driving off. Well, I was p**sed and called the post office to file a complaint. I explained the situation and the lady told me that I couldn’t file a complaint because they are only instructed to ring the doorbell and calling is optional and I couldn’t prove that he didn’t ring it.

At first I just avoided using them again at all costs, but the other day I ordered something and chose a delivery company from the ones listed on the website. Apparently that company hires the national post service to deliver for them here.

When I found out, I basically stalked the tracking info for days (it was about 2 weeks late lol) until one day late at night it said it had arrived my country, which usually means that the next day it’s going to be delivered. The next day, I woke up at 7 am to check. My suspicions were correct, it said “out for delivery”.

I quickly grabbed something to eat, got in my car and parked right outside my house. Then I waited…and waited…and waited…6 hours in total until I finally see the post truck pulling over. I grabbed my phone to record and watched as the mailman opened the door already either the notice in hand, slid it inside my mailbox and turned around.

I got out of the car and said “excuse me, what are you doing?” He didn’t even look at me and said “just delivering packages, miss”. Then I stood there as that AHOLE grabbed his phone to call me and quickly hung up. I smiled as I took my phone out of my pocket and sarcastically stated “oh bummer, you didn’t even give time to reach for the phone!”

He literally turned white lol, couldn’t even speak, I continued “now can you give me my package please?” He quickly opened the truck, almost tripped and took out my package “see, wasn’t that easier than your whole scheme?” He finally manages to say “sorry miss”. I turned around and left.

He probably thought he got lucky I didn’t say anything else, but little did he know that I sent the video to the post office via email attached to my complaint.

Well…let’s just say I have a new mailman, this one tries to leave 1 second after ringing the doorbell, but at least he rings.”

This reader thought this form of revenge was pretty amazing!

Another Reddit user had a creative way with making sure her mail always gets delivered.

CTT is in Portugal, by the way. 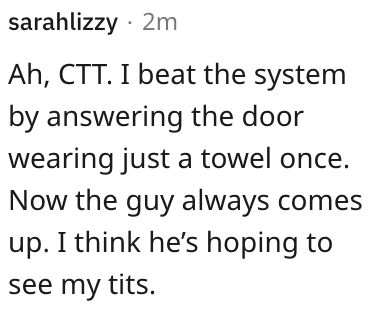 This individual also had bad experiences with the mail in Portugal. 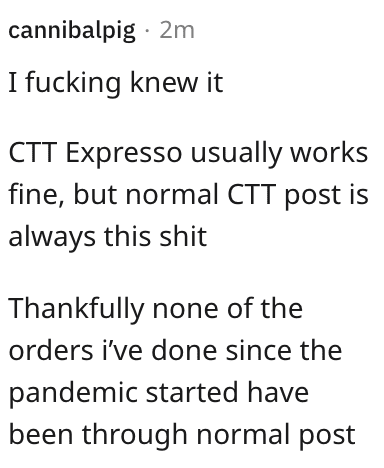 Finally, this person shared a story about their troubles with the mail here in the U.S. 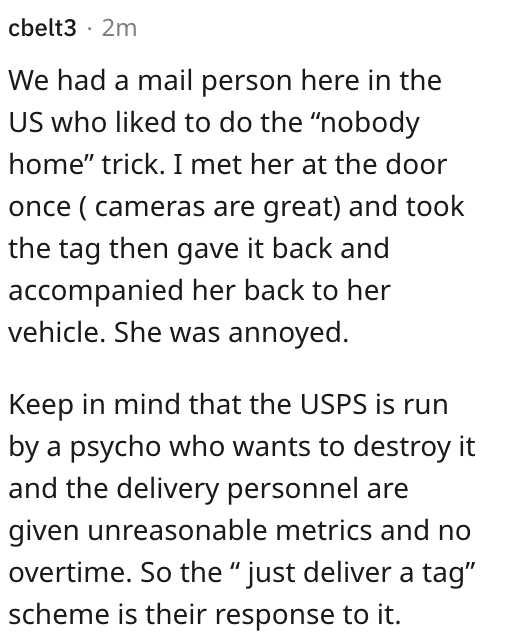 What did you think about this story?