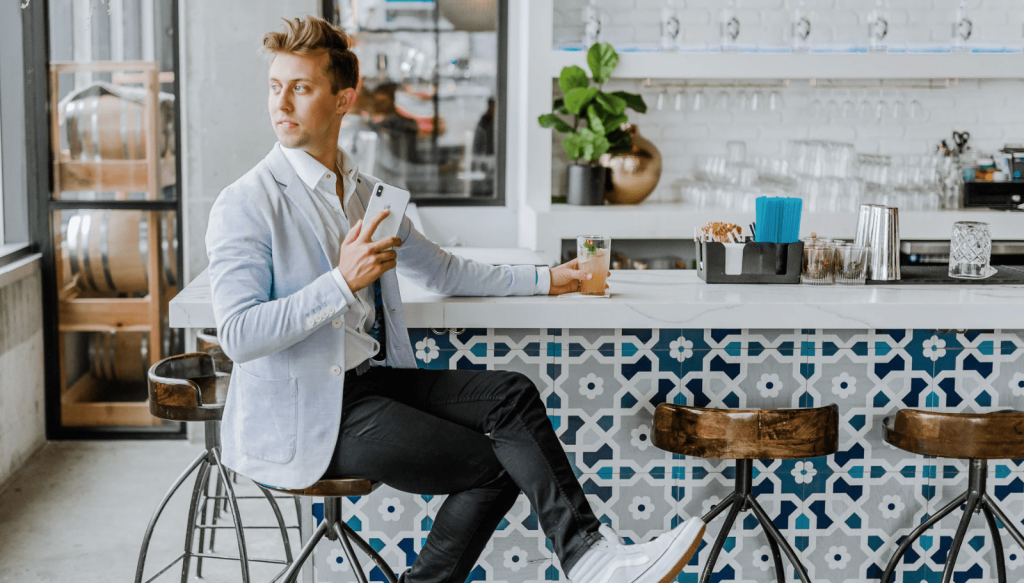 Servers and hosts are really going to love this story…and they’ll probably hope that their places of business will follow this restaurant’s lead.

At Tom’s Diner in Denver, Colorado, asking a stupid question will cost you. Every time a customer asks what the workers there deem to be a dumb inquiry, they are charged 38 cents…and they put it on your bill, too. 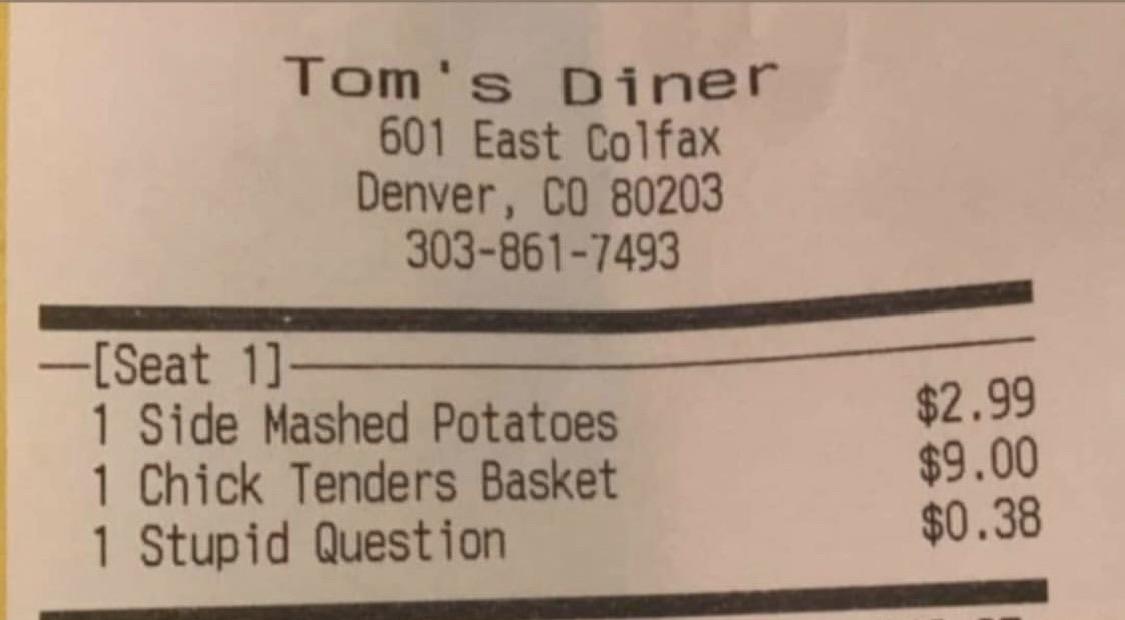 In fact, “Stupid Questions” are even listed on the menu for that very specific price of 38 cents.

Landry said that his uncle Tom Messina, who opened the diner in 1999, originally added the “Stupid Question” item to the menu. He added that some customers ask stupid questions on purpose to try to make the staff laugh. Two of his favorites that’s he heard are, “Are there any dues for the turkey club sandwich?” and “Does the ice have any water in it?”

So next time you find yourself in Denver, be sure to stop into Tom’s Diner. You can either tread very carefully so you won’t increase your bill, or you can push your luck and see how many extra charges you can rack up if you really want to be a smart-ass.

This is my favorite story of 2020 so far! Amazing!