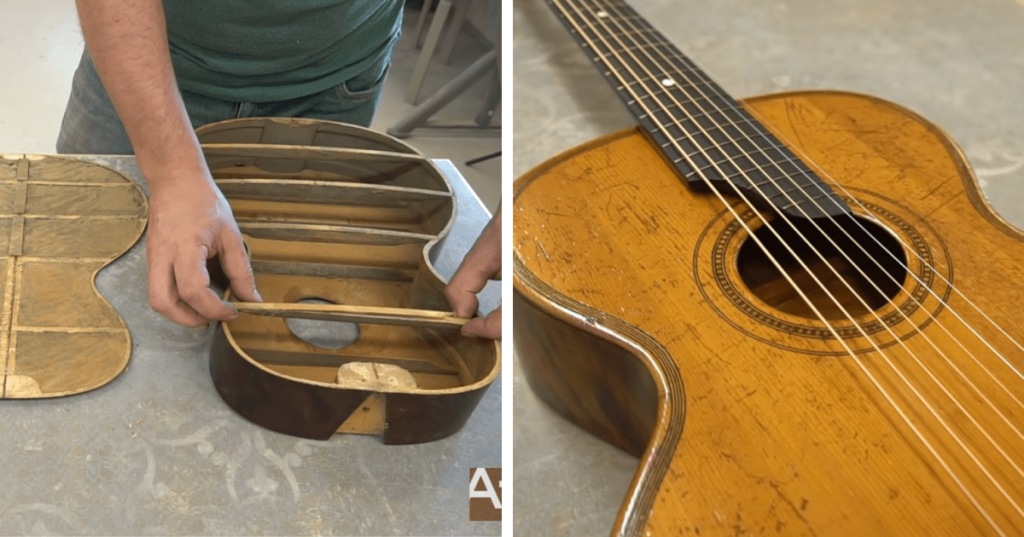 Watch The Mesmerizing Process Of Restoring This Seven-String Parlor Guitar

The traditional modern acoustic guitar features six strings. If you’re not someone who plays, six strings probably seems like plenty – but did you know that, in some cultures, a seven-string guitar used to be the norm? 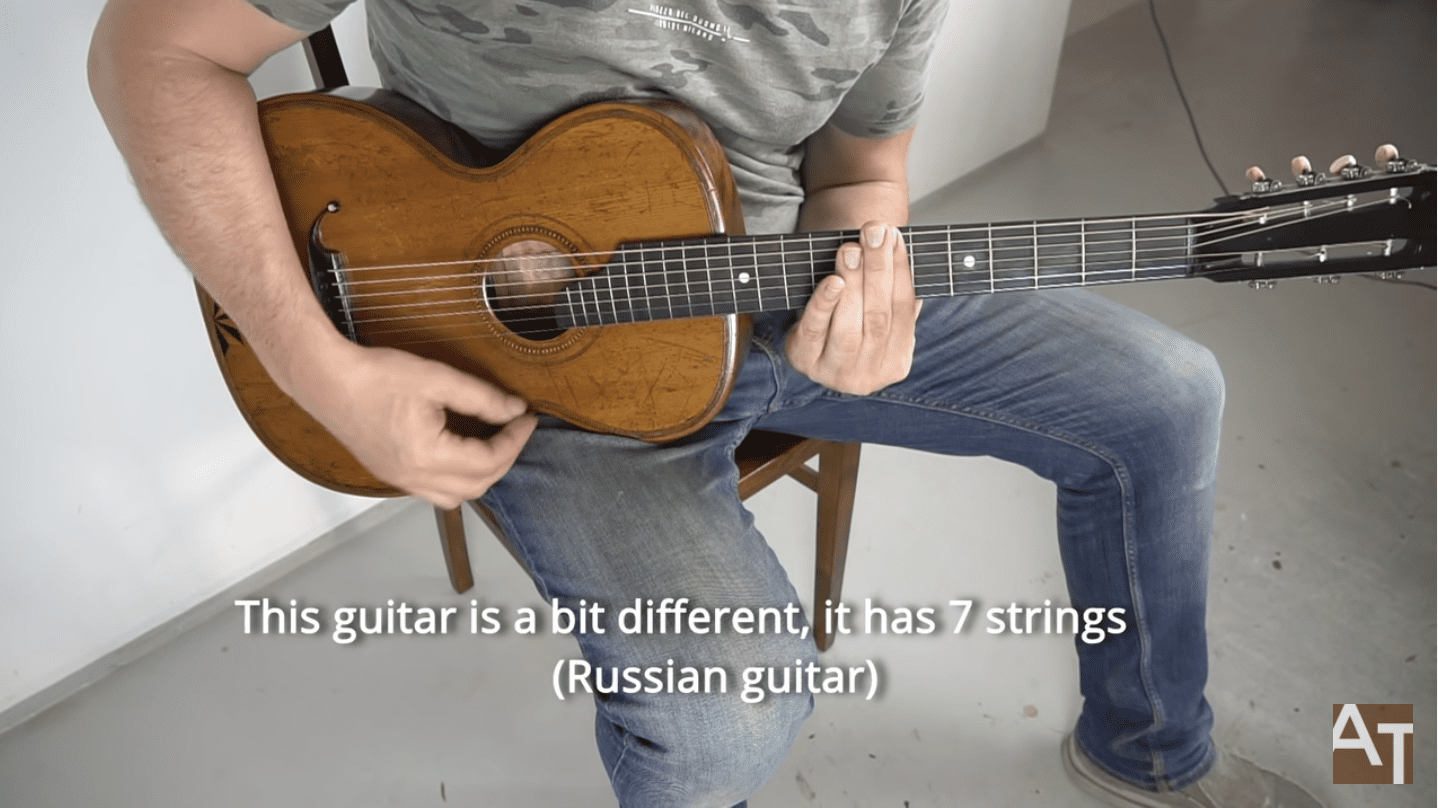 It can be added either by increasing the width of the fingerboard and allowing the extra string to be fretted by the left hand, or included as a “floating” bass string. 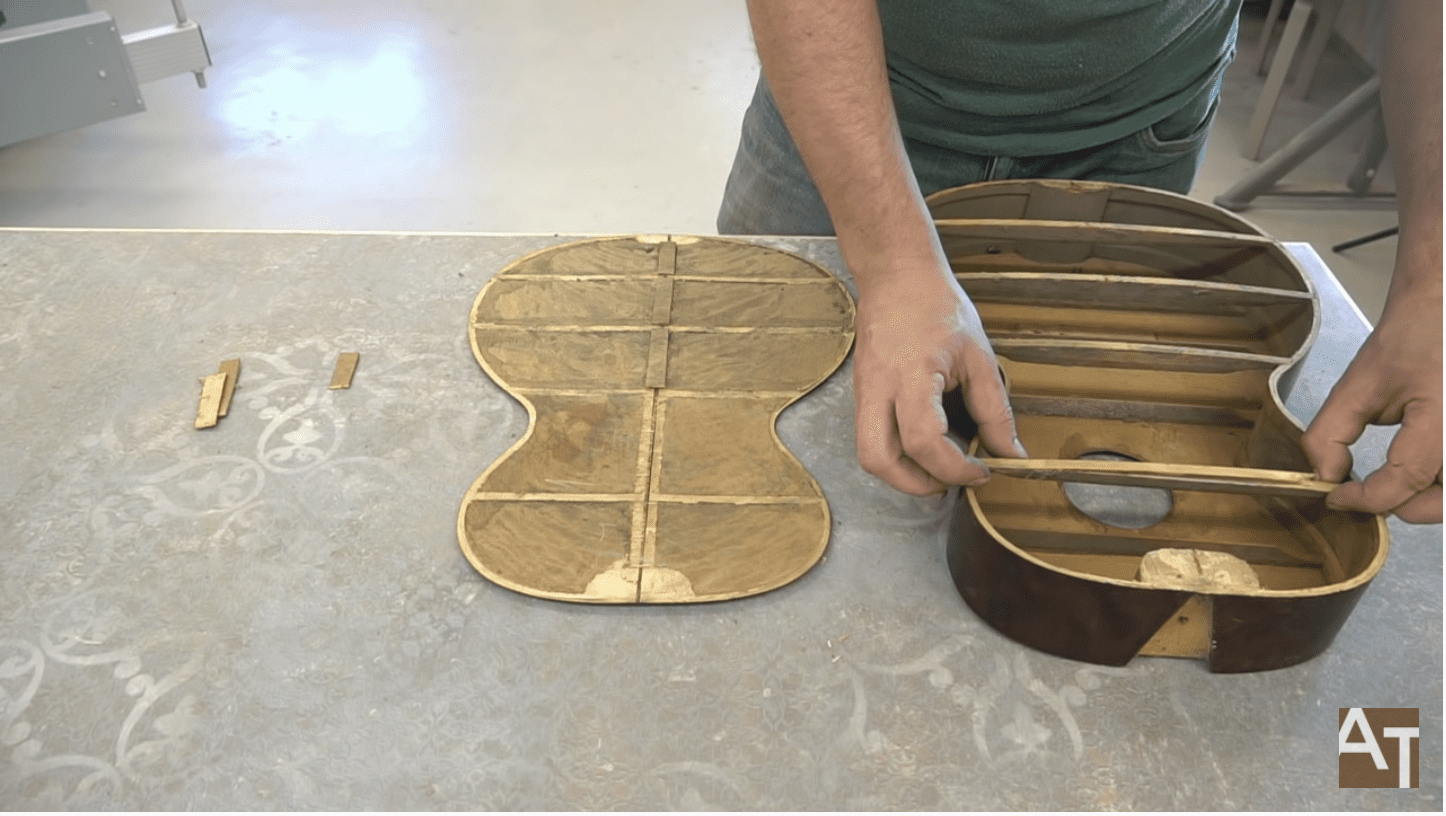 The latter would mean that the extra string lies near the existing bass strings, but free of the fingerboard ala the archlute or theorbo. Historically, this type of string would be known as a diapasons or bourdons.

A majority of seven-string guitars are specific to Russian, Mexican, and Brazilian cultures – which is exactly what’s believed to be the case about this recently restored parlor guitar. 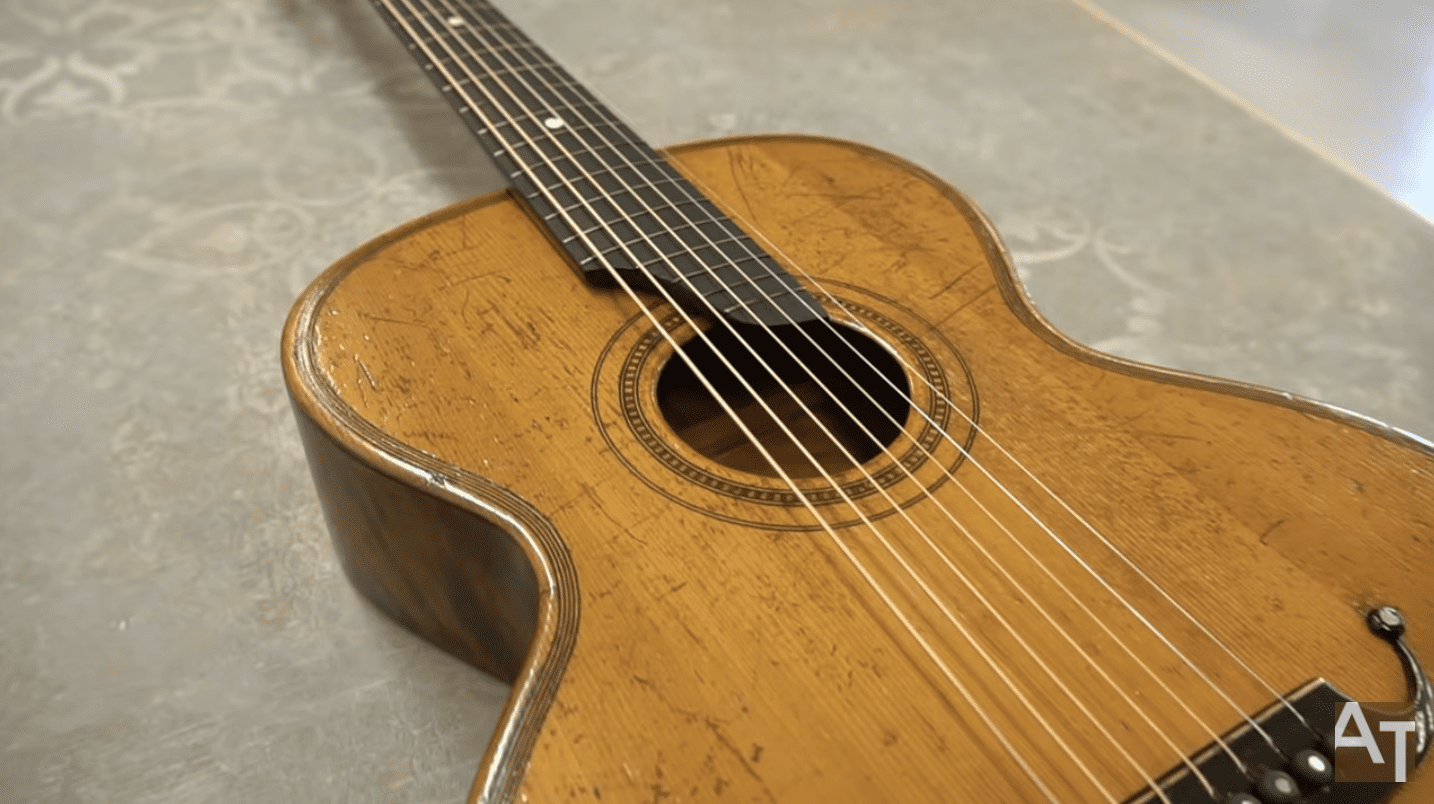 “This guitar was made by Olbrei & Co, in Tallinn, somewhere between 1907-1940. Restoring a guitar was quite a challenge for me… This guitar is a bit different. It has seven strings (Russian guitar).”

That’s part of a statement by Estonian woodworker Ahti Toplaan of AT Restoration, who carefully took apart the gorgeous vintage parlor guitar and restored it to a playable condition before re-assembling it completely.

I love watching videos like this, of a task that most people would never think to tackle, nevermind be able to complete.

It’s a good reminder that we all have our talents, and to look around and appreciate the cool differences we all bring to the table.