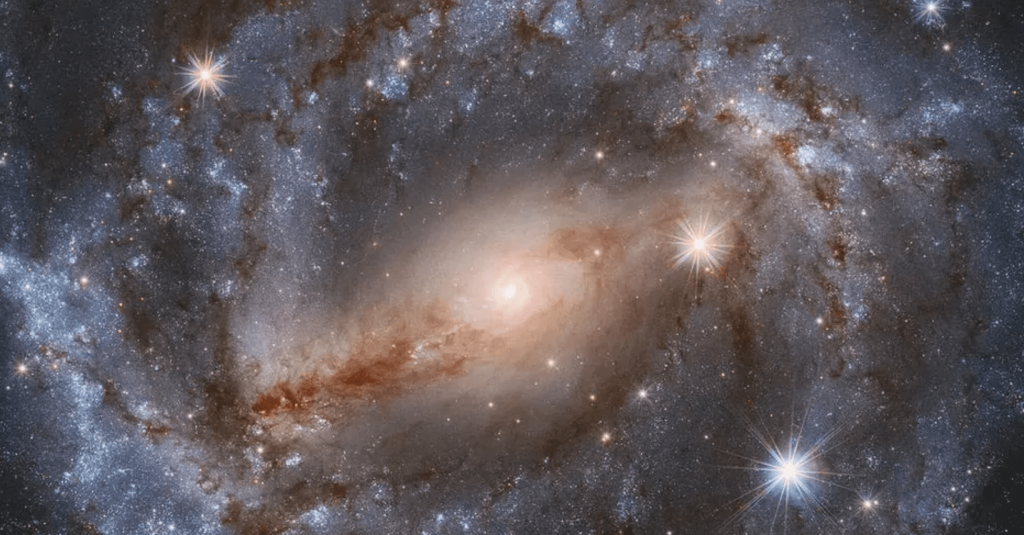 When it comes to the space, patience is a virtue. Objects that are millions of lightyears away can take hours – sometimes even days – for researchers to even start observing or analyzing.

This stellar shot from NASA’s Hubble Space Telescope is no different.

What you’re looking at is a stunning photo of NGC 5643, a galaxy that’s more than 60 million lightyears away from Earth. Talk about a glam shot – this galaxy’s ready for Vogue.

For serious astrophotographers, a nice shot requires more than just good framing and lighting. Here’s the scoop from NASA officials:

“30 different exposures, for a total of nine hours of observation time, together with the high resolution and clarity of Hubble, were needed to produce an image of such high level of detail and beauty.”

Thanks to the Hubble, we’re able to see some of the most brilliant elements of this far-off galaxy.

The solar-powered telescope has provided us with fantastically detailed snapshots of our universe for over three decades. At this point, it’s a staple instrument in NASA’s orbital fold. All those years ago, the Hubble made history as the first major optical telescope in space.

Since then, the observatory has continued to surpass its initial expectations.

In 2021, NASA’s James Webb Space Telescope Hubble will join the Hubble up in orbit. With a mirror twice the size of the Hubble’s, this new telescope will help researchers gaze into the oldest corners of our universe. So, we’re in for a new era of space exploration and discovery. NASA commented on this new telescope’s role, stating that:

“It will study every phase in the history of our Universe, ranging from the first luminous glows after the Big Bang, to the formation of solar systems capable of supporting life on planets like Earth, to the evolution of our own Solar System.”

Another big observatory in space means decades more of stunning photos of our universe – many of which could show parts we’ve never even seen before.

No matter what kind of day you’re having, it’s hard to be disappointed by these awe-inspiring finds that NASA uncovers.

What are some of your favorite photos of the universe? Let us know in the comments below!