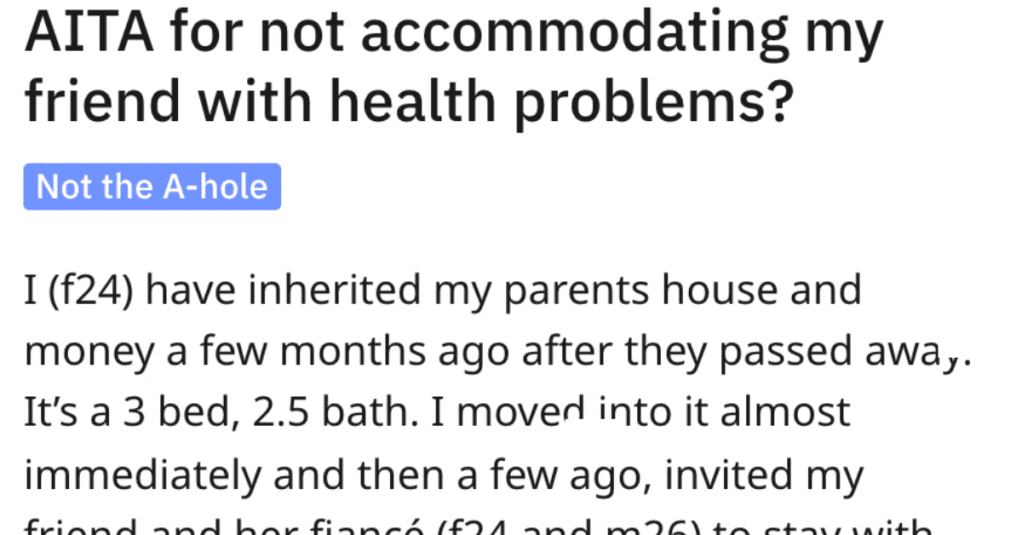 At one time or another, most of us have been warned against doing financial favors for friends or family. There are too many pitfalls, and too many ways for people to get upset, resentful, and for friendships to suffer – or totally cease – because of it.

There are still those of us learning things the hard way, though, because our hearts are soft and we think we know the people in our lives well enough to decide who we can trust with our kindness.

This woman ended up surprised and disappointed, though, after inviting some friends who were having financial trouble to move into her inherited house.

I (f24) have inherited my parents house and money a few months ago after they passed away. It’s a 3 bed, 2.5 bath. I moved into it almost immediately and then a few ago, invited my friend and her fiancé (f24 and m26) to stay with me since they were having some financial issues.

I gave them the bathroom upstairs as well as the smaller bedroom (i have a lot of clothes so I converted the bigger one into an extra closet for me).

The couple cased the house while she was out of town and when she came home, they asked if they could have the master suite since there were two of them.

They moved in last week while I was away for a business trip and when I came home, they sat me down and asked if they could have the master bedroom and I move into the smaller one.

The bathroom is huge with a tub, walk in shower, vanity space, and two sinks. However, when I moved in, i paid $50,000 to have the entire bathroom remodeled.

OP refused for several reasons, and stood her ground after her guests gave her all kinds of excuses about their health and anxiety.

I said no because it was my house and I am paying for the majority of bills (they pay 1/4) and the fact that I couldn’t fit all my stuff in the small room. They argued if I couldn’t fit my stuff, then they couldn’t fit the stuff of two people.

They then went on to explain how my friend has IBS and other digestive problems, as well as autism and baths help comfort her. Their bathroom does have a bath, it’s not as big as mine, but it still is works. I still said no and that I’m sorry that she’s going through that.

She complained that its tough for her to run out of the room and into the bathroom a couple doors down.

Then they tried a different tact, asking her to convert the basement to their specific needs, but OP said they were planning to do it as an office since she and her boyfriend both work from home.

They then went onto mention how if I am planning on getting my basement remodeled, that I could remodel it to help fit their needs. And I once again said no because I’m converting it into an office space for my boyfriend (he’s currently in a masters program) since we both will work from home.

They said that they felt like I didn’t care about her health problems and was bring rude for not helping them when they needed it. I reminded them that this is not a permanent situation and they stormed off.

They’re angry with her, and some of her friends think OP should just let it go since the situation is temporary, but OP is worried they’re not understanding that it’s not permanent as it is.

It’s been a week and they still have refused to move their boxes upstairs until I stop ‘spoiled’ and give them the master bedroom.

Some of my friends are saying that I am the asshole for not just letting them stay in the room until they move out (when they keep acting like this is permanent) or even just moving my stuff out of the bigger bedroom and they let stay in there while other are saying that I have the right to say no and should just kick them out if they don’t just agree to stay in the smaller room.

Reddit is about to weigh in on this sticky situation, so let’s see what advice they have!

The top comment, which was seconded many times, suggested she get an attorney. 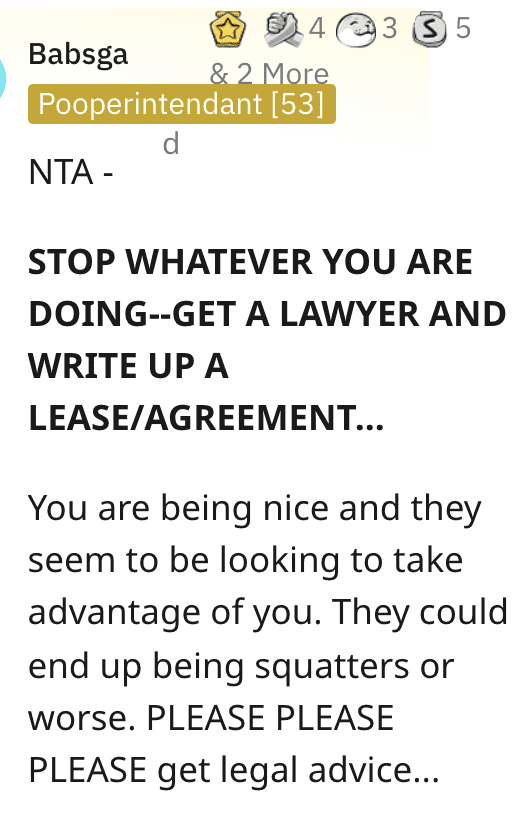 Plenty of people thought it sounded as if things might escalate if she didn’t take some action. 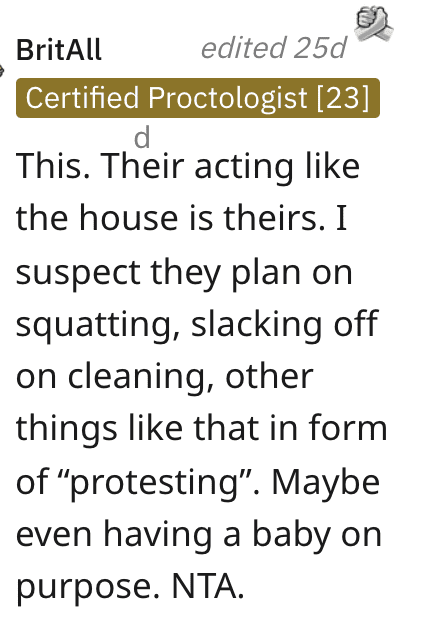 This is not their house and they honestly shouldn’t think they have any say in it.

As simple (and as hard) as that. 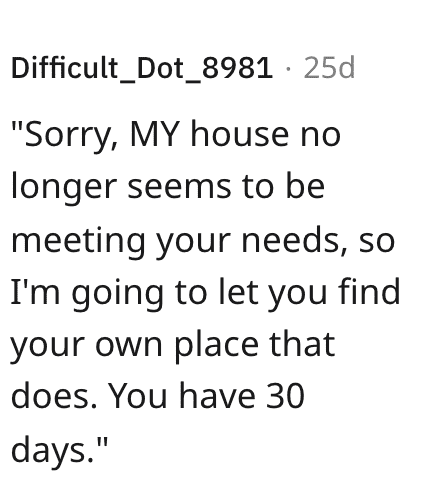 Oh, and change the dang locks.

She gave a couple of updates, which reveal that she’s since gotten a lawyer and has effectively evicted them and ending the relationship.

update 1- I have a meeting with a lawyer tomorrow to set up a leasing contract and if they don’t sign it then I am legally allowed to kick them out in my state and that’s what I plan on doing.

update 2- They won’t sign a leasing agreement so they have been kicked out. They are going to be homeless (I feel really bad about it), but they are finally leaving after they both work today. My friend is currently changing all the locks to the house and the gate surrounding it. I don’t plan on talking to them anymore. Thank you all 🙂

I hate to hear this, honestly, but I guess she’s learned her lesson now. The hard way.

Have you had to learn this lesson when you wished you hadn’t? Tell us your tale of woe in the comments!