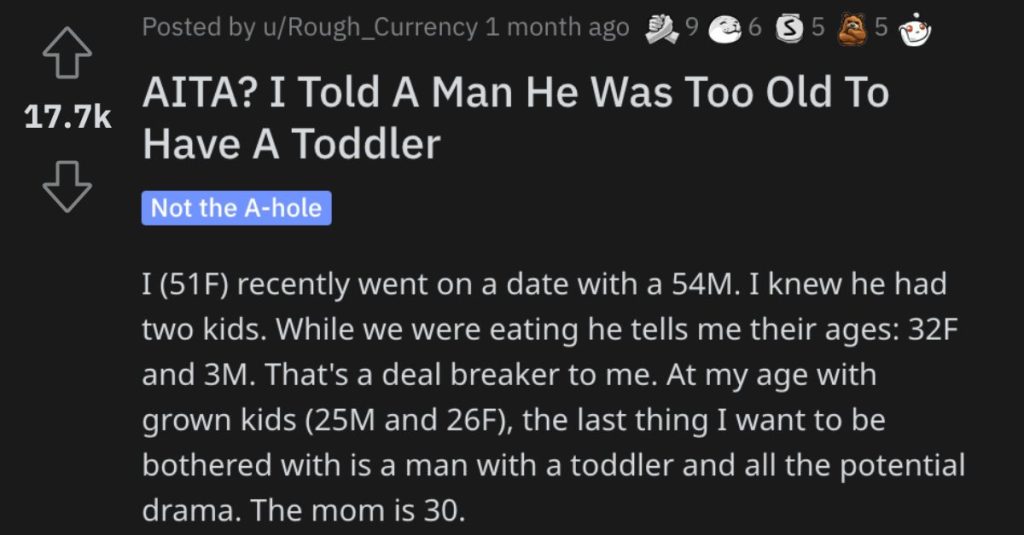 This Woman Told a Man He Was Too Old to Have a Child. Was She Wrong?

Are you ready to read a story that might make you a little angry?

And it could go one of two ways: you could either think this woman was a jerk…or the guy she went on a date with was the jerk.

Let’s see what happened in this story from the “Am I The A**hole?” page on Reddit.

AITA? I Told A Man He Was Too Old To Have A Toddler.

I knew he had two kids. While we were eating he tells me their ages: 32F and 3M. That’s a deal breaker to me. At my age with grown kids (25M and 26F), the last thing I want to be bothered with is a man with a toddler and all the potential drama. The mom is 30.

I went on with the date because I was having fun. When it was over, I had every intention of letting things just fade away (yes, I can be passive aggressive). Well, he called a couple of days later wanting to go out again. I tried the whole, “I’m not ready” thing but he kept trying.

Finally, I told him that the fact that he has a toddler is a deal breaker. Too much possible drama and I am way too old for that (hint hint). He told me I was being hypocritical since I was a single mom. I said a single mom of two GROWN KIDS.

He kept repeating himself and I kept repeating myself. Finally, I told him that having a baby at 51 shows a stunning lack of judgment that I don’t need in my world.

He was quiet for a minute, told me that was a messed up thing to say. He told me I should have told him that before he paid for my dinner and that it was a b**ch move then hung up.

This individual said that this guy probably shouldn’t raise a kid because they don’t even understand the meaning of the word NO.

And this Reddit user said they were surprised that a lot of other readers thought this woman acted like an a**hole. 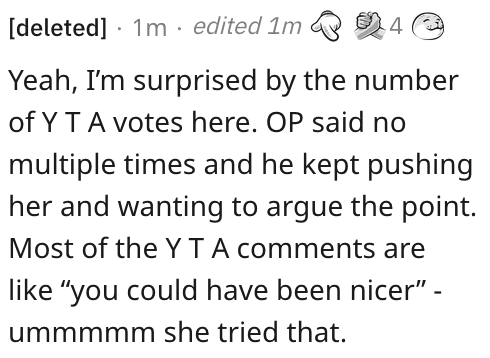 Another individual said people over 50 just shouldn’t have kids at all. 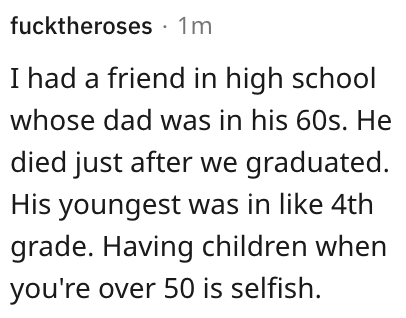 And this person said that some men just need to lay off and take no for an answer when it comes to getting rejected. 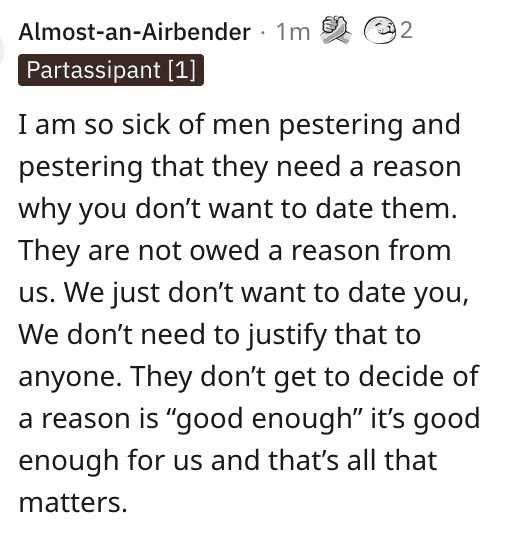 Now we want to get your thoughts.