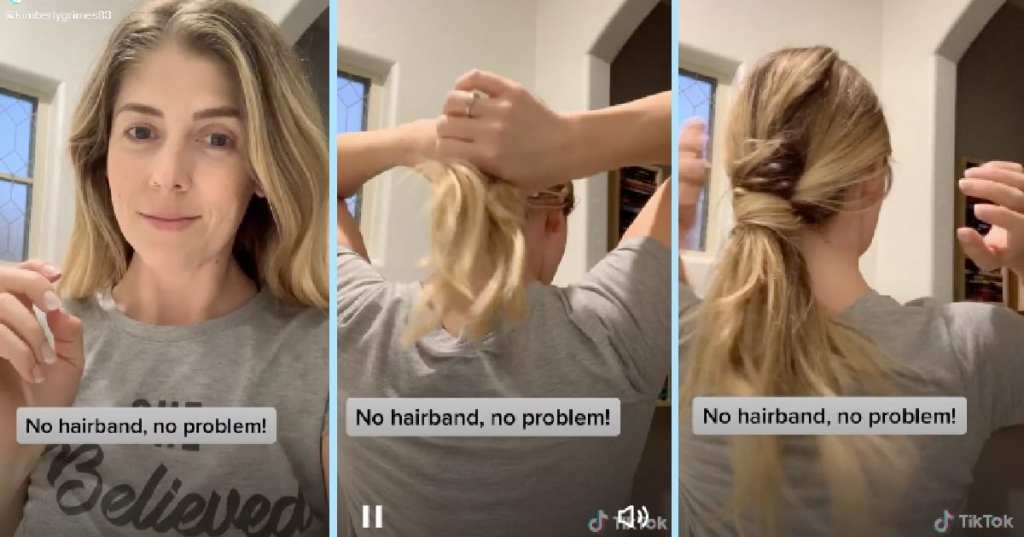 Try This Hack For Putting Your Hair Up Without a Tie

I never used to think as much about my hair being up or down, but then I had kids. Once you have tiny little fists of terror ready and waiting to grab fistfuls of hair and yank, you really can’t wear your hair down.

So, when I saw this hack where you don’t have to have a hair tie to put your hair up in a ponytail, I was pretty intrigued. Every girl, I think, can relate to that frustrating moment when you really, really want to put your hair up right then, but there is nary a ponytail holder in sight. 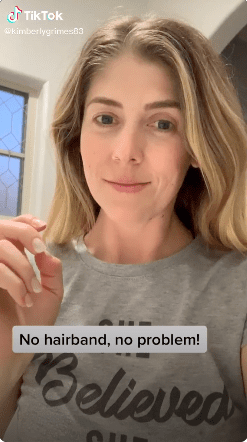 Kimberly Grimes posted the “no hair tie no problem” ponytail hack back in May, and since then, more than 1.5 million people have given it a look (and probably a try).

Basically you use a loop made of your own hair, pull the rest through, then do it again to form a sort of knot. 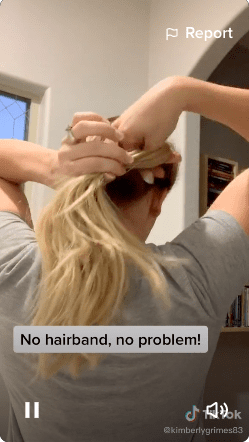 I tried it three times before I managed to get it to work even a little bit, but I think with some practice, it could go better.

It’s not as tight as a ponytail tie, and it probably won’t hold up as long, but in a pinch? 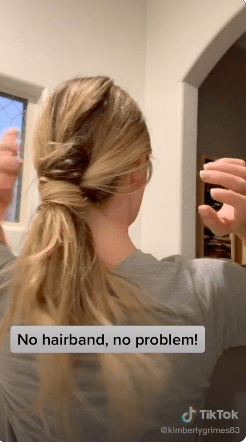 This could definitely stop your hair from sticking in your lipstick, stop you from having a panic attack because you’re sweating to death, or stop your baby from giving you (another) bald spot.

So I say, 10/10 will definitely probably use in the future!

It’s one of the best parts of the internet, if you ask me.