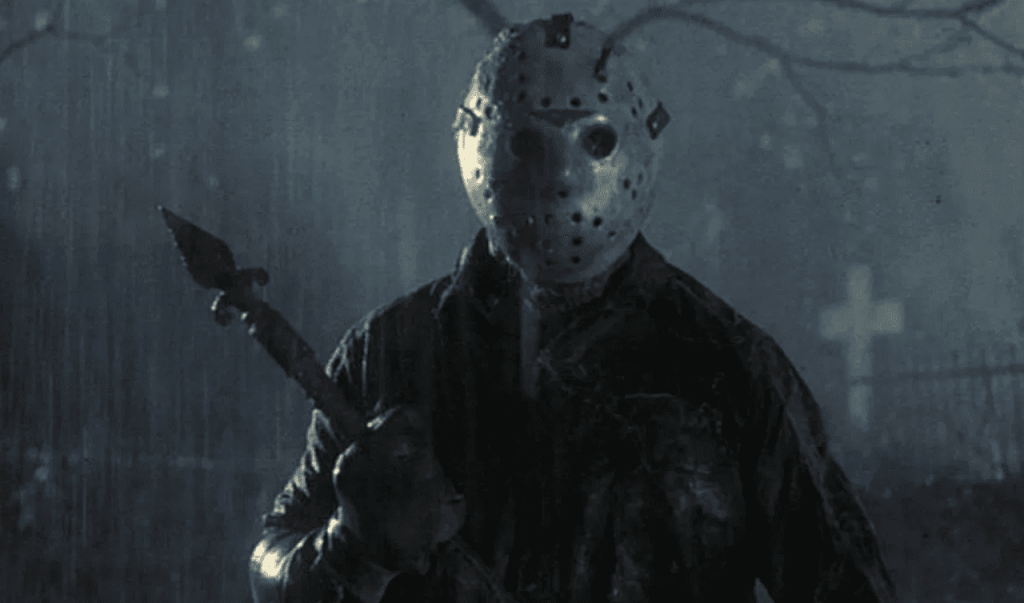 Okay, I need to get out to Arizona immediately to get in on this action. I’m a horror movie fanatic (and a Friday the 13th fan in particular), and this sounds like a total blast…it also sounds pretty terrifying, so double the fun!

A company in Arizona called On Pins and Needles hosts horror-themed events, including one called F13: Survive Jason that challenges guests to survive a night on a campground with the one and only Jason Voorhees.

“F13: Survive Jason is a horror fan’s nerd dream. After watching the series, the question inevitably arises: if I was in this situation, could I survive Jason? We all like to think we can. Avoid the horror movie tropes. Run instead of walk. Don’t investigate that sound in the dark. I decided to put that to the test.

The creation of this game is to let people have the experience of testing their mettle against one of the baddest slashers in the genre, Jason Voorhees. In a safe, real world scenario, players get to step into Camp Crystal Lake and attempt to escape from an unstoppable, unkillable force. If you win, you deserve a prize! If you get caught, well…you’re just another Jason victim.

Hopefully your death is memorable. With a fantastic team working to set up, create, and execute, we hope that everyone who participates has the same thrill that we get.”

Does that sound awesome, or what?

The upcoming F13: Survive Jason events are scheduled for November 9, November 16, December 13, and December 21 from 6:00 p.m.-11:00 p.m. so you better get going if you want to spend a night trying to outwit (and not get killed by) the legendary Jason.