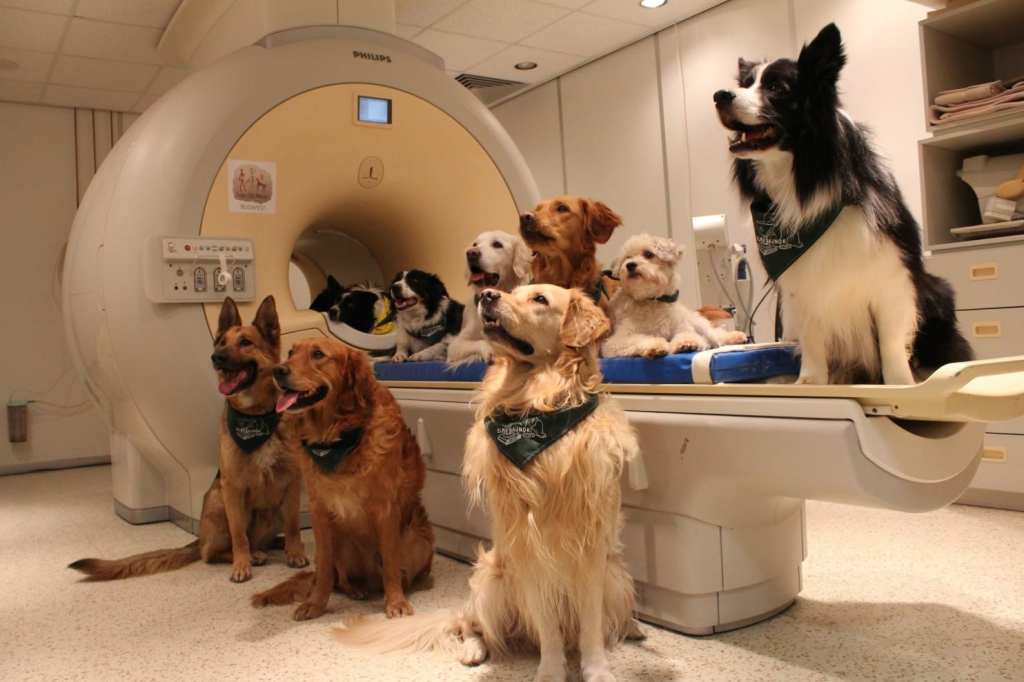 Turns Out Your Dog Really Does Know What You’re Saying

Do you know how I know that? Because of science, for one, but also because someone out there is good enough with dogs to convince a bunch of them to lay perfectly still in an MRI machine without the promise of treats.

Yeah. I mean, if that’s not a real life superpower then I don’t know what is.

A group of scientists in Hungary recently published a groundbreaking study that claims not only does your dog understand the intonation of your voice, but he understands the actual words coming out of your mouth. Translation: even if you get super excited about your pup going to the groomer, chances are your dog isn’t going to follow your lead.

It had been previously established that dogs respond better to human speech than wolves do, and they’ve proven that they’re able to match hundreds of objects to words, as well as learn elements of grammar. But this new study maps their brains using MRI technology, and suggests dogs actually process language much the same way – and from the same regions of their brains – as humans. 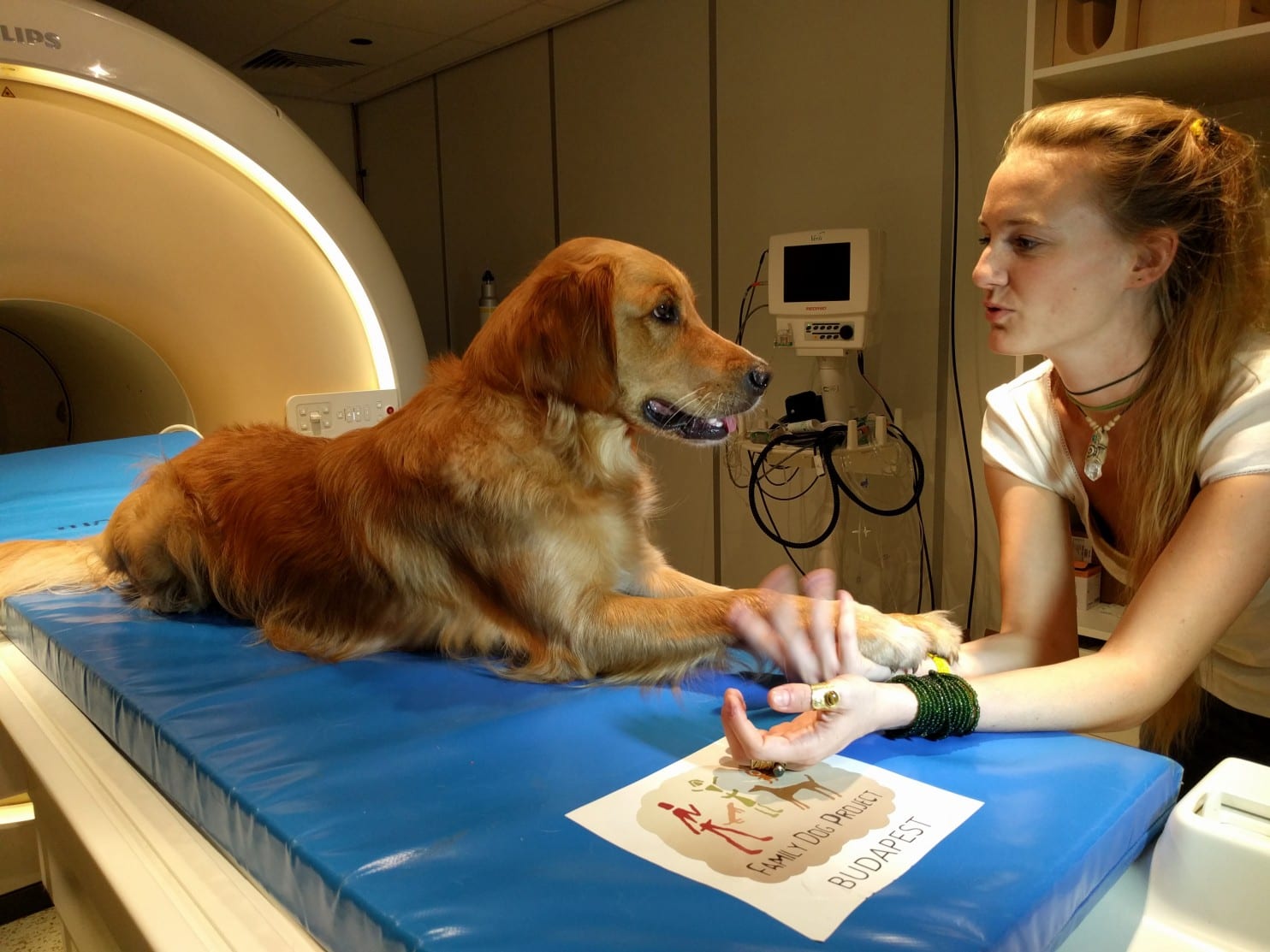 Attila Andics and other researchers at Eötvös Loránd University in Budapest assured animal lovers everywhere that the dogs stayed in the machine of their own free will and could have left at any time. They bribed them to stay still for 7 minutes at a time with nothing but positive reinforcement in the form of praise (the dogs were highly trainable and motivated breeds, mostly border collies and golden retrievers).

Co-author Tamás Faragó admitted that there’s no way to know for sure if the dogs understand the meaning of the words processed in the left hemisphere or whether they’re simply responding to the familiarity of the words. But either way, it’s fair to say your dog understands a lot more of your conversation than the words you say in an excited, upbeat tone. 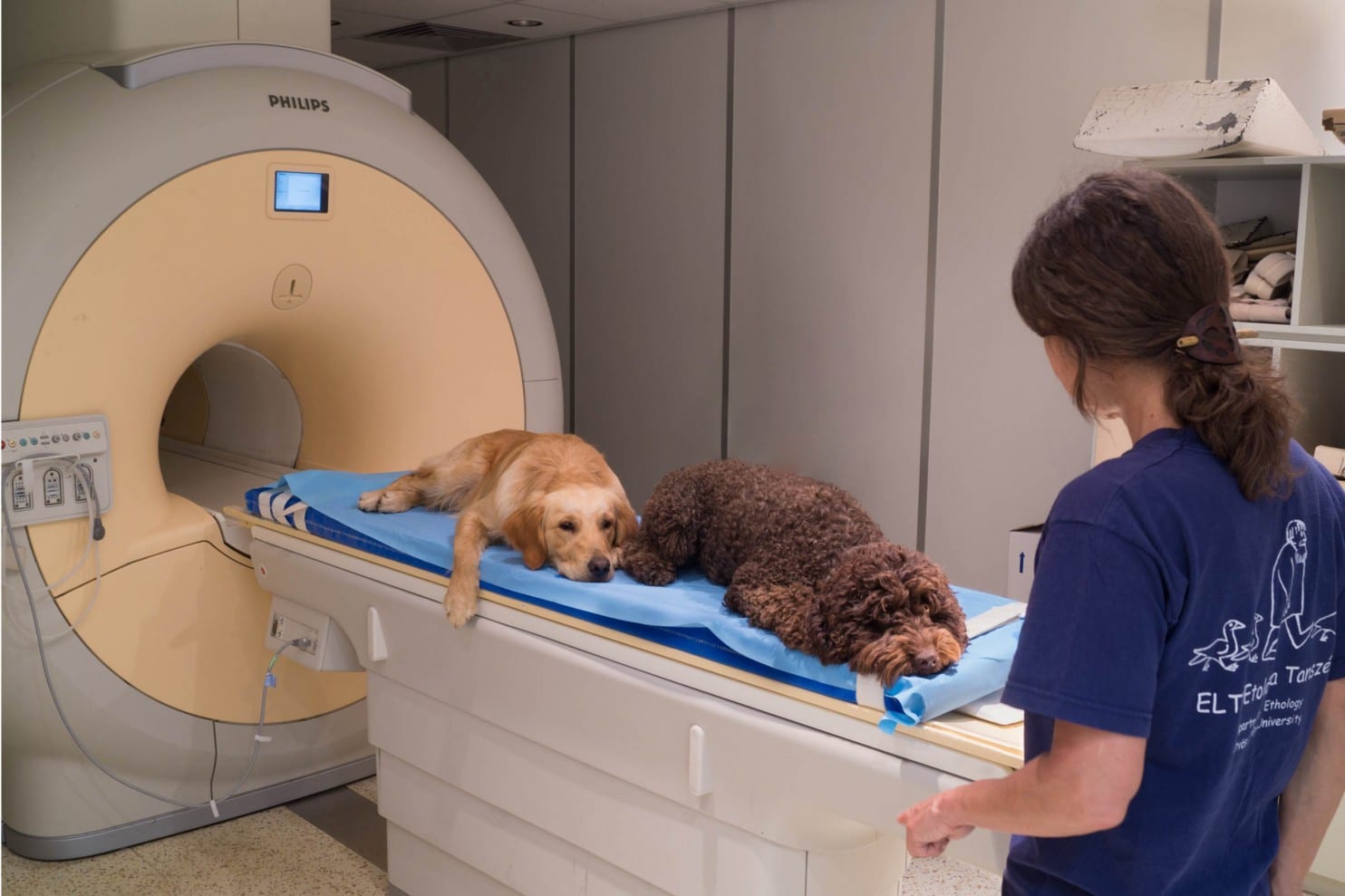 The dog’s reward center of the brain does the equivalent of leaping and grinning when dogs hear words they recognize spoken in an excited tone, though. Which, according to Faragó, “shows that for dogs, a nice praise can very well work as a reward, but it works best if both words and intonation match. So dogs not only tell apart what we say and how we say it, but they can also combine the two, for a correct interpretation of what those words really meant.”

How did dogs learn to do this, though? Researchers think it probably began 15,000 years ago, when humans began to select certain traits when breeding and domesticating dogs – though they would have been side effects of selecting things like attention, not language specifically.

Researchers also think other domesticated animals probably process language in a similar way, but since getting a cat to sit still in an MRI machine requires second-level superhero skills, I’m guessing it’ll be a while before we get confirmation on that.