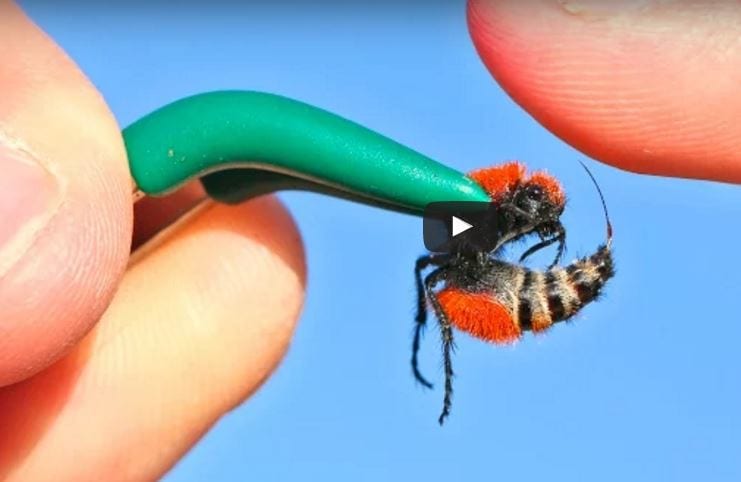 Video: Watch This Dude Get Stung by a “Cow Killer” Ant … On Purpose 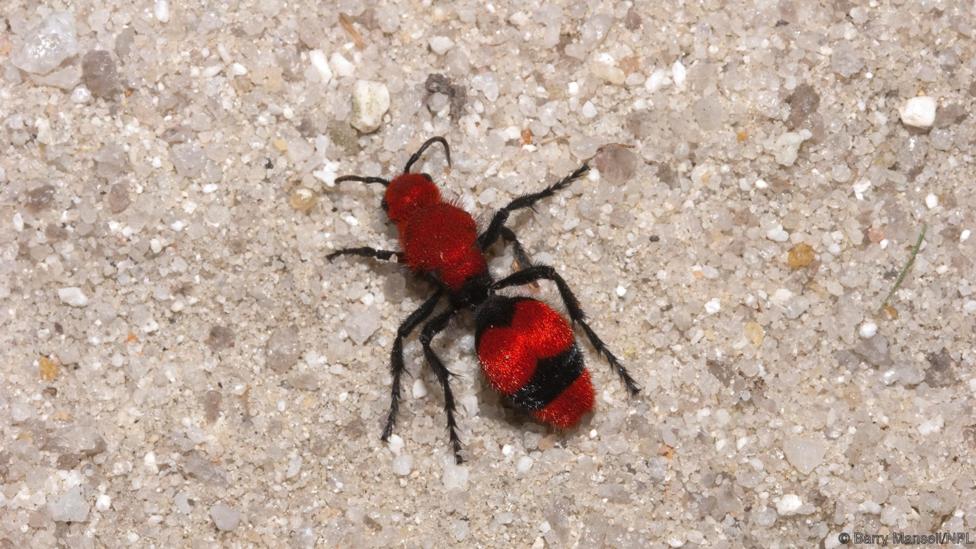 Well, I can’t find any evidence of them actually killing cows.

It probably got its name from the terrible sting that females can dole out.

There are about 3,000 species in the Mutillidae family.

These wasps are commonly known as “velvet ants” because the females don’t have wings, which makes them look like ants.

They also look soft, because of their coat of dense hairs: 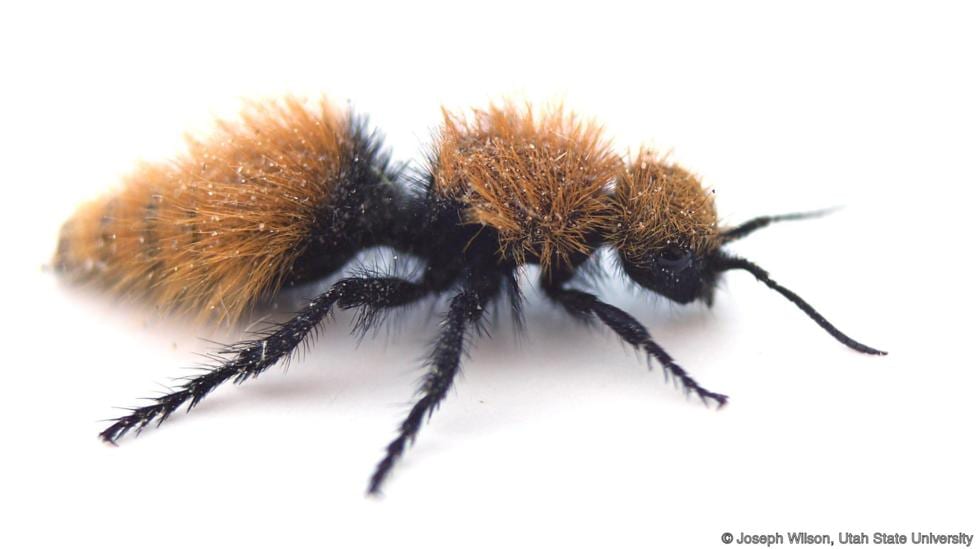 In reality, they are anything but.

Their “fur” comes in a variety of colors, depending on the species, and it’s their first line of defense: 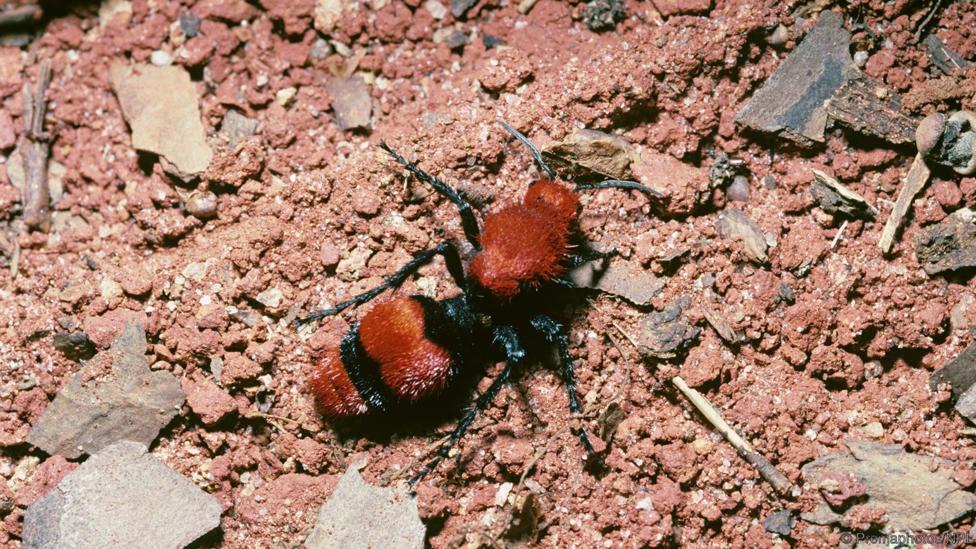 Those hairs are brightly colored to warn predators off, much like a traditional wasp’s colors are indicative of the powerful punch they pack.

They will also evolve to match the colors of other species of velvet ants that live nearby, so that they have strength in numbers.

If a predator somehow overlooks their warning colors, velvet ants also release smells and squeaks that act as deterrents. 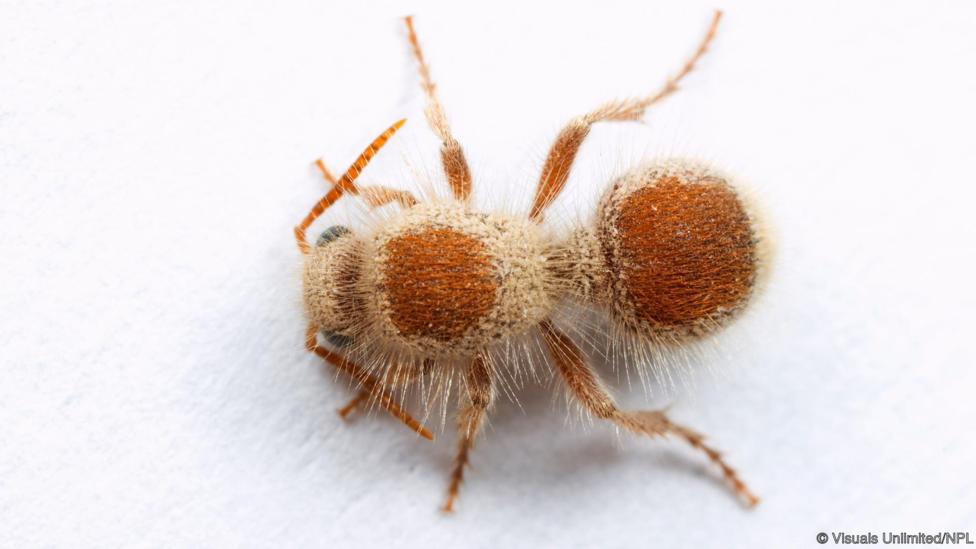 Their first lines of defense really rely on the idea that a potential predator has tried and failed to eat one before or has seen some other animal fail.

If they still find themselves under attack, velvet ants’ hard and round shells are enough to keep most spiders from being able to inject venom, and can even withstand a lizard’s jaws if combined with a bit of force from their extra-powerful legs.

But when all else fails, they rely on their massive stingers.

Their stingers are actually modified egg-laying organs called an ovipositors. Though they have very little venom, velvet ants sting like almost nothing else known to humans. 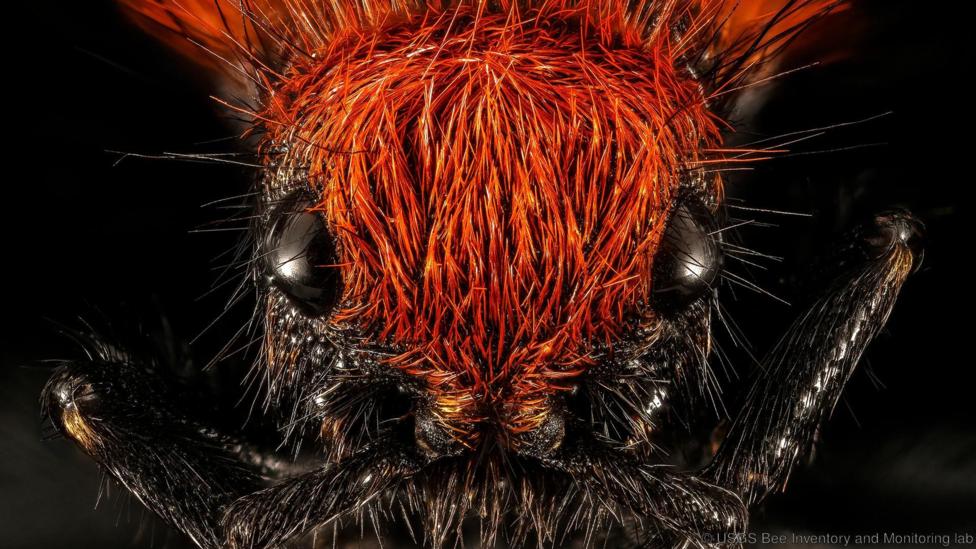 Now, are you ready to watch a dude get stung by one–on purpose?

Coyote Peterson hosts the Brave Wilderness YouTube channel, and he’s probably most well-known for letting creatures bite and sting him:

So let’s watch as he lets a “cow killer” do its thing:

6 of the Creepiest Unsolved Mysteries of All Time

The First Woman to Run for President Was Called Lewd, Indecent, a Witch, and ‘Mrs. Satan’… This Is Why