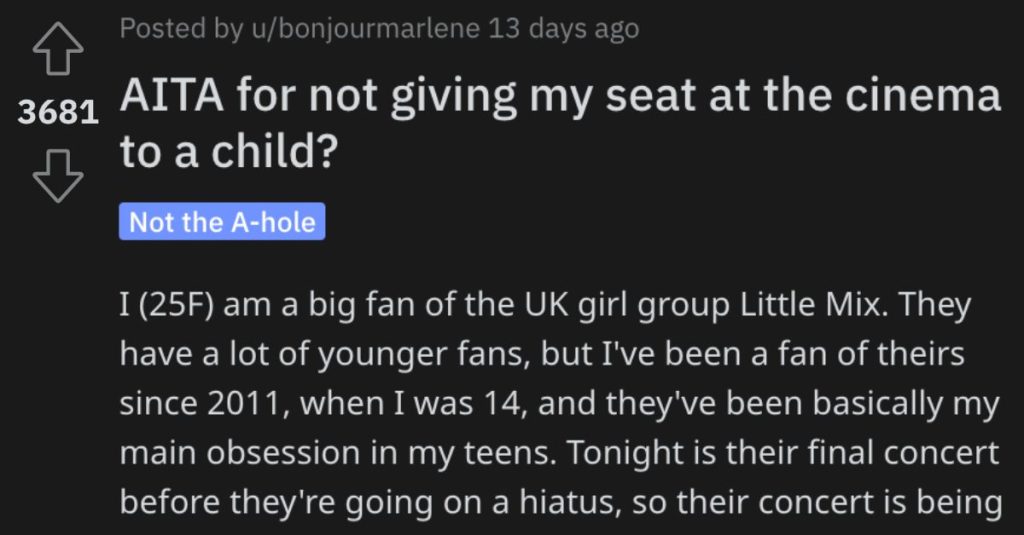 Was This Woman Wrong for Not Giving up Her Seat to a Kid at the Movies? People Responded.

But this story has a bit of a twist because it involves a child.

AITA for not giving my seat at the cinema to a child?

They have a lot of younger fans, but I’ve been a fan of theirs since 2011, when I was 14, and they’ve been basically my main obsession in my teens. Tonight is their final concert before they’re going on a hiatus, so their concert is being live streamed in cinemas.

I was also a nanny for a little girl for 6 years. The girl is now 10. Let’s call her April. My obsession with Little Mix has sort of rubbed off on her while I was her nanny. When Little Mix announced a few weeks ago they were going to show the concert in cinemas, I called her mum and offered to take the girl to the cinema. She loved the idea and I bought tickets literally as soon as they were available.

Earlier today, April’s mum asked me again about the details (time, which cinema, our seats) and after I gave her all the information, she asked me if there’s another seat available next to us. I checked but unfortunately, there were only 2 individual seats at the very front, so she said it’s fine.

However, a couple hours later, she texted me to say that a friend of hers is going to check at the cinema to buy a ticket for her daughter, who’s also roughly 10, so she can sit by herself but still come with us. I wasn’t particularly keen on the idea because I wanted to just take April, sort of as a thing to do for fun together, not me babysitting her.

Obviously she needs supervision, but I know what she’s like, I know I don’t need to worry about her running off etc. I don’t know anything about the other 10 year old. However, I didn’t say anything.

Then I got a call that the cinema told them that they are not happy to let a 10 year old sit by herself and they offered to have the 2 girls sit in the seats I had booked, and for me to sit at the front. I tried to be polite about it, but I told them that I don’t want to do that. I booked the tickets over 3 weeks ago, I got us good seats, and also I pay more because I pay the adult price and the kids obviously are cheaper.

April’s mum thought this was reasonable and didn’t press me any further, but the other mother called me childish because Little Mix is for kids anyway, so I don’t need to be watching their concert and that it would mean more to her daughter.

The daughter was upset and I suggested she watches it at home (you can still buy livestreaming tickets to watch at home), but it didn’t matter to them. I feel bad that the girl is upset and get it’s more about the experience than simply watching it. That’s why I paid for cinema tickets after all.

But I’ve been looking forward to this and would have frankly gone alone, but thought it’d be nice for April as well. AITA for not giving up my seat so April and the other girl can sit together?”

Check out what folks on users said about this.

One reader said that this woman is NTA and those were her seats because she bought the ticket. Period. 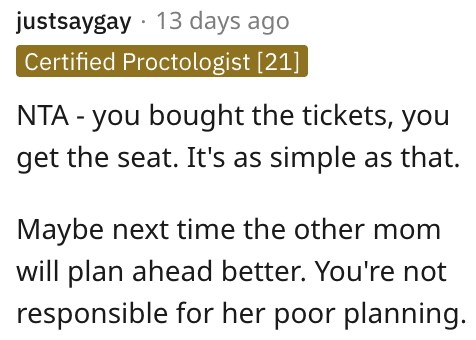 And this Reddit user agreed and said someone else’s lack of planning isn’t her problem. 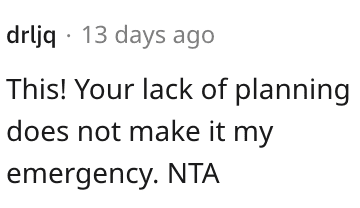 Another individual said this woman has nothing to feel guilty about.